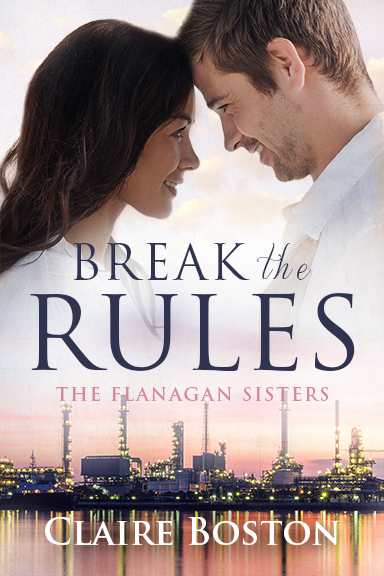 Bridget Flanagan knows how to assess risks, but are the consequences of exposing her heart too dangerous?

Bridget has a passion for safety and in the world of oil refineries that makes her great at her job. So when her big promotion goes to someone else, she heads out on the town to forget her troubles. Jack Gibbs seems like the perfect man to distract her.

At least until Monday morning when she discovers Jack is her new boss. There's no way she's going to keep seeing him, no matter the connection between them. She's been burned before.

Jack can't understand why Bridget's so against their relationship. They positively sizzled during their one night together. He knows he has to be careful now she reports to him, but she tempts him in every way.

Can Jack convince Bridget to give him a chance, or is the risk too high?​

I never knew that safety could be SO sexy! I wouldn't have picked it, but damn, Claire Boston did an awesome job of making me burn for Jack and Bridget…

I was excited to read this series starter from Ms. Boston, having enjoyed her Texan Quartet series—especially the fourth installment, Into the Fire—and let me tell you, it did not disappoint. It was a super fun premise—Bridget meets a guy on a night out, guy turns out to be her new boss… I love those forbidden-type stories, because it typically means they're high on sexual tension.

As this one was. Bridget and Jack together were just SO compatible, I wanted them to Break the Rules immediately, desperately and dirtily. #NoShame. Their connection was clear from the start, and despite the relatively quick timeframe, this one never felt rushed or disingenuous.

Jack—gah, LOVE. He's so into Bridget and yet, he respects her and bloody hell, if that's not sexy, nothing is. He recognizes her value as a colleague, as a friend AND as a lover, and that's just perfect. And, Bridget? She's kind of kick-ass. Passionate and sure of her skill, she perhaps pays too much attention to what people say or think, but not without good reason. She'd been burned before, and that lead to some understandable hesitations when it came to Jack. But, she proved to be smart and strong—her cool, calm head balanced well with her passion. She is most definitely the kind of woman you want on your side—or in this case, by JACK’S side.

The secondary characters were, for the most part, very likeable too, which made this whole book just a delight. I love what Ms. Boston did with Carmen, and am very interested to see what comes of workaholic Carly. The whirlwind that was Hal and Tanya was all a lot of fun—a little side of instalove with your romance never really hurts. I didn't love Tanya by herself, however. My only complaint with Bridget was the way she sort of let her best friend run roughshod over her—I would have loved a little more of spine we so easily saw in her in other areas.

In the end, though, I can overcome basically any complaints about that aspect because the rest of the book was just so good. Easy to read, to fall in love with, and sprinkled with a couple of truly delightful little references to the Texan Quartet series, Break the Rules is another example of how Ms. Boston’s writing continues to improve and to wow. I can't wait for more of this series!
~ Review by Beth

Rules and regulations are Bridget Flanagan’s world. They have to be as she’s one of the safety leads at an oil refinery. One error, one lack of follow through, could spell danger for someone. Bridget also has two personal rules she lives by. One is not sleeping with someone the first time you meet them. Well, that WAS a rule she follow until the night she met Jack Gibbs. Jack was a great distraction for Bridget to help her get through being passed over for a big promotion at work.

It was all fun until Monday morning when Bridget learned that Jack was her new boss—especially since her second rule is not having a relationship with anyone she works with. She’s been down that path before and will not travel it again after barely surviving the fall out.

But Jack’s not one to give up easy. Jack is determined that his connection with Bridget will overcome her fears and hesitancy, and persuade give their relationship a chance. But will Bridget risk everything again for love?

I really enjoyed Bridget and Jack’s story. I loved their “realness”, and the belief Jack had in Bridget’s abilities. Their relationship didn’t feel rushed or contrived—it was genuine. And sexy. Very sexy. Add in Bridget’s relationship with her mother and sisters, plus Jack’s brother, Hal, and Bridget’s best friend, Tanya, and there were great side stories too! I can’t wait for Carly’s story in book two.
~ Review by Missy 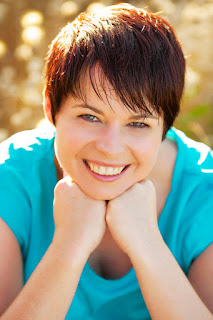 Claire Boston is the best-selling author of The Texan Quartet. In 2014 she was nominated for an Australian Romance Readers Award as Favourite New Romance Author.

Her debut contemporary romance novel, What Goes on Tour caught the attention of Momentum’s Joel Naoum when her first scene was read aloud at the Romance Writers’ of Australia (RWA) conference in 2013. This led to a four book contract for The Texan Quartet series.

Claire is proactive in organising social gatherings and educational opportunities for local authors. She is an active volunteer for RWA, as a mentor for aspiring authors and the reader judge coordinator.

When Claire’s not writing she can be found in the garden attempting to grow vegetables, or racing around a vintage motocross track. If she can convince anyone to play with her, she also enjoys cards and board games.

Claire lives in Western Australia, just south of Perth, with her husband, who loves even her most annoying quirks, and her grubby, but adorable Australian bulldog.