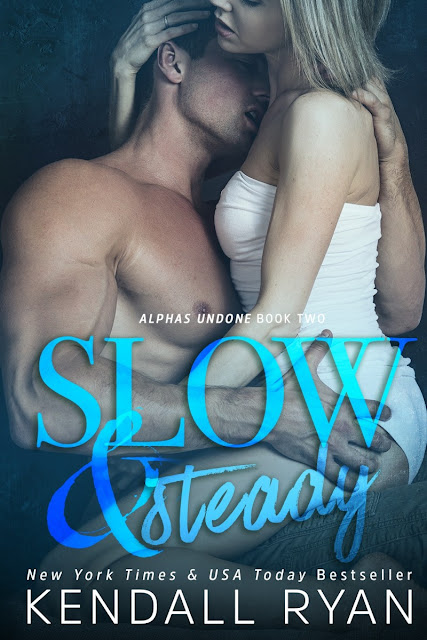 When Greyson Archer tosses a twenty on the stage of a strip club, the last thing he expects to see are the haunted green eyes staring back at him. Finley should be home raising her infant daughter and baking cookies, not tucking singles into her G-string and giving lap dances.

Greyson can't deny that he'd like his own private show, but there's not a chance in hell of that happening. The last time the former Navy SEAL saw her she was dressed in black, holding a folded flag and sobbing that it was all his fault... and he agreed with every single word. He couldn't do anything to help her then, but he can now.

Finley deserves better than this dingy club, and when an obsessed customer crosses the line, Greyson leads the rescue and will do whatever it takes to make amends for their broken past.

He never expected to want to settle down, but with Finley, everything is different. For the first time ever, he can breathe. But Greyson will have to fight for what he wants in order to keep the woman with the green eyes he's dreamed about so often.

Slow & Steady is book two in the Alphas Undone series, but can be read as a standalone novel, as it features a new couple. 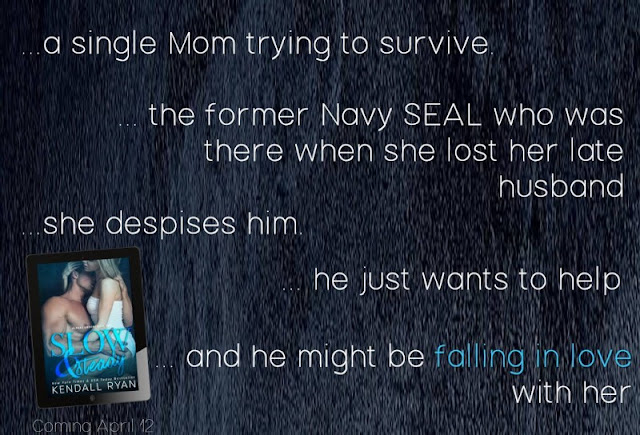 I am a fan of all of Kendall Ryan’s work and was super excited for this new Alphas Undone series. I enjoyed the first book, Bait & Switch, but loved this one! Greyson is such a swoon-worthy alpha!

Greyson is a former SEAL, who now works for a security firm. After a hard day of work he finds himself at a strip club to unwind. What he didn’t expect to find was Finley as a stripper. Finley is Marcus’ widow. Marcus is dead because of him and now his widow is a stripper; he is determined to help.

Finley hates Greyson. She blames him for her husband’s death, but she didn’t expect to feel something else when she lets him into her and her daughter’s life.

“Now that he’d touched me, though, I couldn’t stand the idea of never feeling him again.”

The two have this push/pull relationship, afraid to give in to the attraction and lose memories of Marcus.

My favorite part of this entire story is Maple. She is such a sweet, loving little girl and I loved how Greyson was with her. I enjoyed Greyson and Finley learning how to be together and still honor Marcus. This story had all of the amazing things a good book has; heat, twists, swoon-worthy alpha, family, and of course, love. I can’t wait for West’s story!
~ Review by Tiffany

Oooh, this was the PERFECT book for me to pick up today. I needed a little fix of sexy, flirty and fun, mixed together with a few feels to keep it interesting, and I felt confident that Kendall Ryan would deliver.

And she did. She SO did.

One of my favorite things about Bait & Switch, the first book in this series, was Greyson Archer. I knew from the moment he first popped up I wanted his story, and really, Slow & Steady couldn't have been much better than it was. It was intense without being over the top, and Finley added some spark to a terrific, easy and HOT book about finding love for the second time, while forgiving the past.

These two…they're perfect. While I did think that one part of the story was a little glossed over—wrapped up too quickly and neatly, leaving me wondering if the other shoe was going to drop—I adored that Ms. Ryan didn’t have Fin dropping everything, forgiving and forgetting, in the face of Grey’s interest. She was, rightfully, slow to get over their past and their mutual loss (Grey was wonderfully respectful of that), and it meant Slow & Steady had an air of realism that I very much appreciated. And it also meant that each slow-burn moment that led to toward the beautiful ending was another moment that made me swoon and smile and cheer for this couple.

With a LOT of heart—including a couple of deeply emotional passages—Grey and Fin captured my heart and my attention, turning this book into a one-sitting read. Grey, and his alpha need to protect and care for his girls, and Finley, with her strength in the face of heartbreak and danger, were definitely exactly what I needed when I turned on my Kindle today. I can't wait for Ms. Ryan to deliver sexy, flirty and fun (with FEELS!) once again with West’s story!
~ Review by Beth

Wowser! Greyson Archer's ALPHA came out in Slow & Steady and I wanted to submit to him wholeheartedly!

Greyson’s been to hell and back, having on his conscience the decision that caused him to lose a man in combat, but mostly because, no matter what he does, he can never erase the pain he's caused Finley.

Stripping was definitely not Finley's first choice of work but when you have no experience in anything, well, you do what you have to to survive and take care of your family. Seeing the man that caused her the pain she feels everyday just infuriated her, especially when he tries to come in rolling like he's her savior! H-E-L-L to the NO!

I could see both Greyson and Finley’s viewpoints, yet these two were hardheaded individuals and, at times, they had me wanting to throw my tablet. But with that said, their hardheadedness also brought out the sizzling chemistry and feelings they both had for each other, which they refused to acknowledge.

When I read the blurb I thought this was going to be a different type of story, but once I got to reading it, I realized this book was so much more than what I thought—and I LOVED it!! These two broken souls coming together and getting past their failures, mistakes, and allowing a future for themselves, well… I have to say that it could not get better than that! A truly beautiful, emotional story of overcoming the mistakes that we've made!
~ Review by Kara 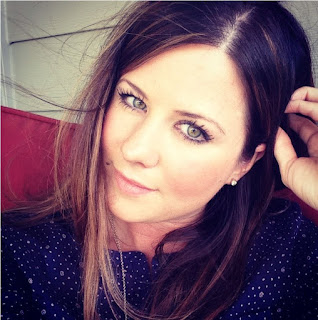 Kendall Ryan is the New York Times and USA Today bestselling author of contemporary romance novels, including Hard to Love, Unravel Me, Resisting Her and When I Break.

She's a sassy, yet polite Midwestern girl with a deep love of books, and a slight addiction to lipgloss. She lives in Minneapolis with her adorable husband and two baby sons, and enjoys hiking, being active, and reading.

Visit her at: www.kendallryanbooks.com for the latest book news, and fun extras.