Review - The Viscount Needs a Wife by Jo Beverley 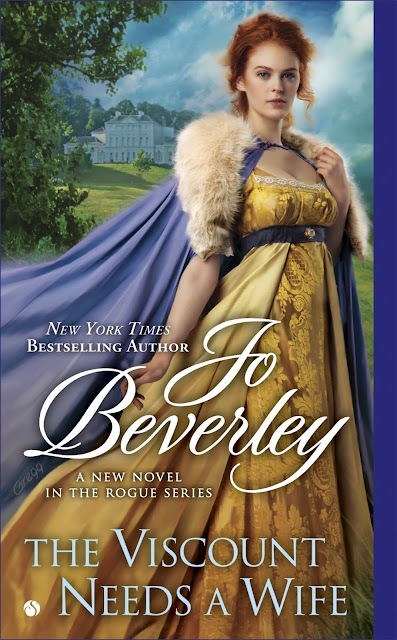 The New York Times bestselling author of Too Dangerous for a Lady returns with another roguishly delicious Regency romance...

Since being widowed two years ago, Kitty Cateril has been trapped in her late husband's home, where she is expected to mourn forever. Desperate to escape, Kitty will consider any option—even a hasty marriage to a stranger with no intention of abandoning his bachelor ways.

London life suits Beau Braydon, especially his work keeping Britain safe. So when he inherits the title of Viscount Dauntry, he has no intention of resettling on a rural estate. He can’t resist the opportunity to marry a sensible widow who can manage Beauchamp Abbey for him—until he realizes Kitty is more than he bargained for...

Before Kitty and Dauntry can adjust to each other, a threat to the royal family takes them to London. Soon someone is determined to prevent Dauntry from exposing the villain, and secrets in Kitty's past threaten their growing love...

I felt as if this entire book was a gossiping conversation among friends. The dialogue felt so natural, and flowed in such a similar way to a personal chat, that I just slipped right in and felt as if I were there. The way the topics ran, the way it gave you the information you needed to understand the relationship between the characters. It was funny, it was real, it was just so lovely.

The scenes were so well set as well. Never over the top, each included sensory descriptions more than physical ones. The way a couch felt, the way a room smelled. The difference between hard, slippery marble floors and the plush rugs of a bedroom. I would pull myself from the pages surprised to still be in the real world. It was that captivating.

The romance was a pleasure to read all on its own. Kitty is a realist. She knows what to expect going in to what is basically a marriage of convenience. She doesn't get all doe-eyed and hurt at the idea that he doesn't love her. Braydon isn't a cynical ass either. Well, not overly. He has a couple moments of refusing to love, but nothing that involves storming out and raging fights. It's all very adult, and full of mutual respect and enjoying each other’s company.

Their realistic attitude about two adults consenting to a sexual relationship was also really fun to read about in such a well-played historical. Kitty is a widow, so no prudish or frightened virgin. She is a woman, and she appreciates that she has needs. Her husband appreciates this, and their bedtime relationship matures much more quickly than their love. It was the love that was a slow burn, blossoming from a mutual respect, to a friendship, to a real love match.

The history happening around the main story was fascinating. The culture, the intrigue, and the mourning of a princess. The notes in the back about the accuracy and the liberties taken made it all seem so real, and extremely enlightening.

I couldn't read this book quickly enough, and couldn't stop talking about it to everyone around me, as I laughed and sighed out loud. I immediately stalked the author, intent on eventually reading everything else she has ever written. I can't wait to disappear again into one of her lush stories.
~ Review by George 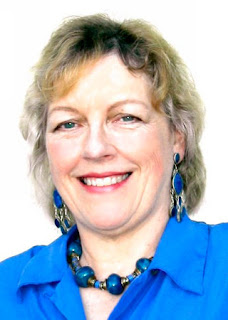 Jo Beverley is widely regarded as one of the most talented romance writers today. She is a four-time winner of Romance Writers of America’s cherished RITA Award and one of only a handful of members in the RITA Hall of Fame. She has also recieved the Romantic Times Career Achievement Award. Born in England, she now lives with her husband and two sons in Victoria, British Columbia, just a ferry ride away from Seattle, WA.