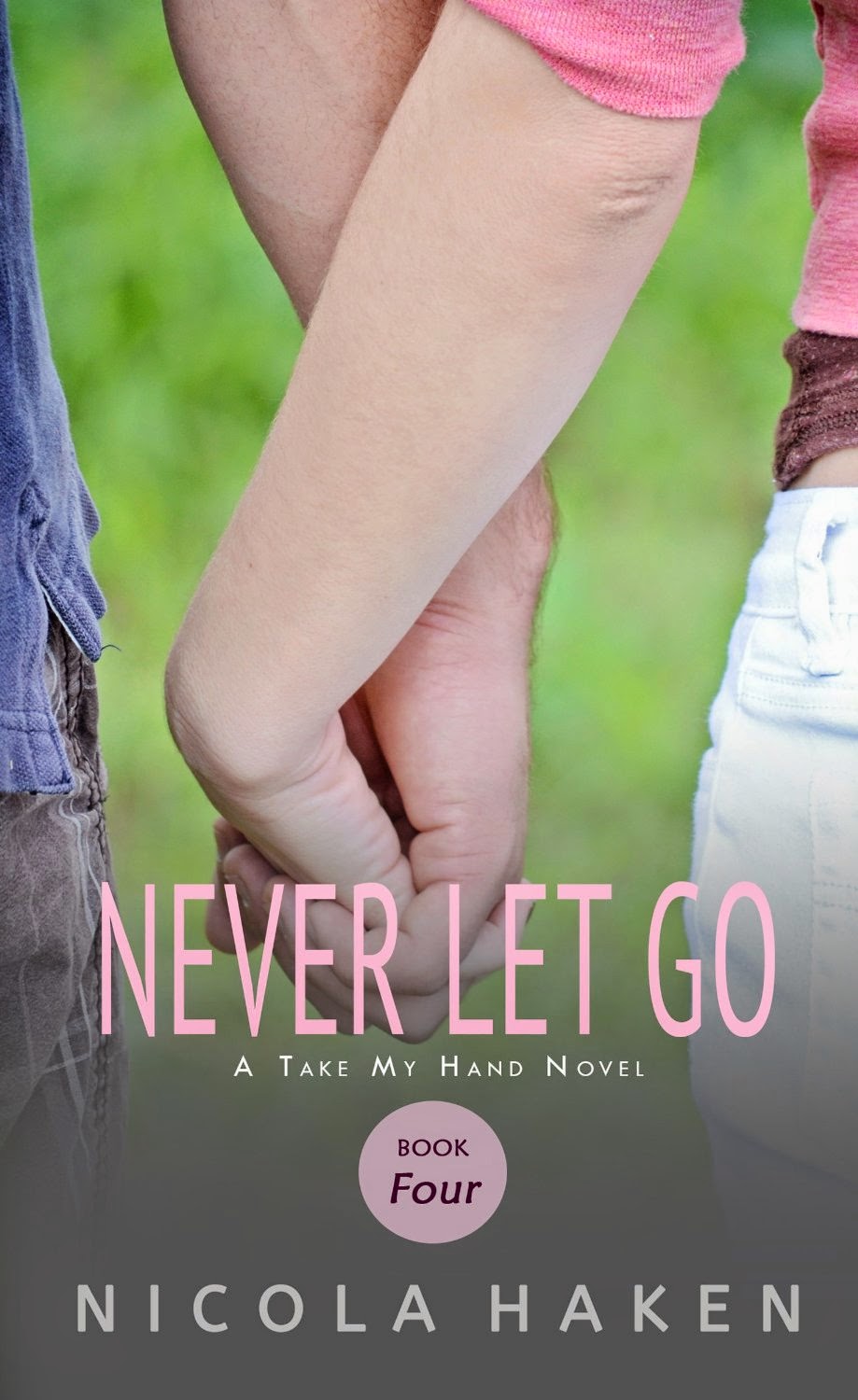 In the final book of the Take My Series, Emily and Dexter are finally on course to a happy future. Arriving back in the UK with Aunt Sarah in tow, everything seems to be slotting into place. For the first time in his life, Dexter has found his purpose. Surrounded by family, friends and the woman he adores, he has at long last made peace with his demons and is determined to fight for the life he now knows he deserves.
With best friend Rachel back by her side and a resolve to work things out with her parents once and for all, Emily’s life is also on the right track. Or so she thinks…
When a tragic revelation threatens to destroy Emily’s world, it sends her spiraling down a path leading to more secrets, lies and heartache – leaving her questioning her whole life and everyone in it. To top it off, Emily almost lost one of the most important men in her life once before, is it about to happen again?
“This is it, doll. Our future. I need you to hold on to it and never let go.”

“You okay, man?” I asked, walking into the bathroom. The door was ajar when I reached the top of the stairs and I saw Chris leaning against the sink, staring into the mirror and running a hand through his hair. “Brought you some water.”
“Thanks,” he muttered with a forced smile. I eyed up the mirror, wondering what was keeping his attention – then he brought his hand down from his head, bringing a clump of hair with it.
Shit.
“Guess it’s time to take it all off, eh?” he said, dropping the handful of red hair into the basin before reaching back up and pulling free another tuft. “Will you fetch my clippers from the bedroom? They’re in the top drawer.”
“You sure you’re ready for this?”
“No, mate, I’m not. But I don’t really have a choice.”
Nodding while trying to suppress the heavy sigh that wanted to escape, I disappeared to grab his clippers, removed the guard and handed them to him.
“You know,” Chris began, sliding the switch into the ‘on’ position. “I never did like having red hair. At school I was known as the ginger ninja.” He chuckled lightly at the memory. “But now it seems weird that I’ll never see it again after today.”
I couldn’t think of a response that wouldn’t sound desperately pathetic so I stayed quiet. My heart slithered into my stomach as I watched him glide the clippers in a straight line from his forehead all the way down to the nape of his neck. When he pulled it down to start the process again, his hand trembled and his grip on the clippers loosened. I shot forward and caught them before they hit the sink.
He was shaking and I didn’t know if it was the severity of the situation or after effects of the chemo. Regardless, without saying a word I brought the clippers up to his head and started sweeping it over his thinning hair.
Chris’ eyes never left my hands in the mirror as I removed every last trace of his hair, letting it drop onto the white tiled floor.
“Should I grab the polish?” I teased, rubbing a towel over his scalp.
“I look pretty hot don’t you think?”
“Dude, if I wasn’t in love with your sister I totally would.”
“Speaking of my sister, I don’t know how well she’s gonna take this,” he said, sighing as he rubbed his hand over his head.
“She’ll be fine. I think she’s stronger than we give her credit for.”
“Yeah,” he agreed. “Let’s go and test that theory. Nodding, I patted Chris’ shoulder and turned for the door. “I’ll just sweep this hair up and I’ll be down in a few minutes.”
“Sure, man. Take your time.”

Nicola lives in Rochdale, England with her husband and four children (six if you include the dogs!) She is the author of New Adult/Contemporary romance novels Inevitable, Saving Amy and the Take My Hand series. When she is not busy playing with her imaginary book friends (or talking about them with real life friends!) she can usually be found carrying out her ordinary mum/housewife/all round slave duties. Oh, and if the kids ever ask, she moonlights as the Pink Power Ranger while they’re sleeping…