Review - Out of Control by Nina Croft 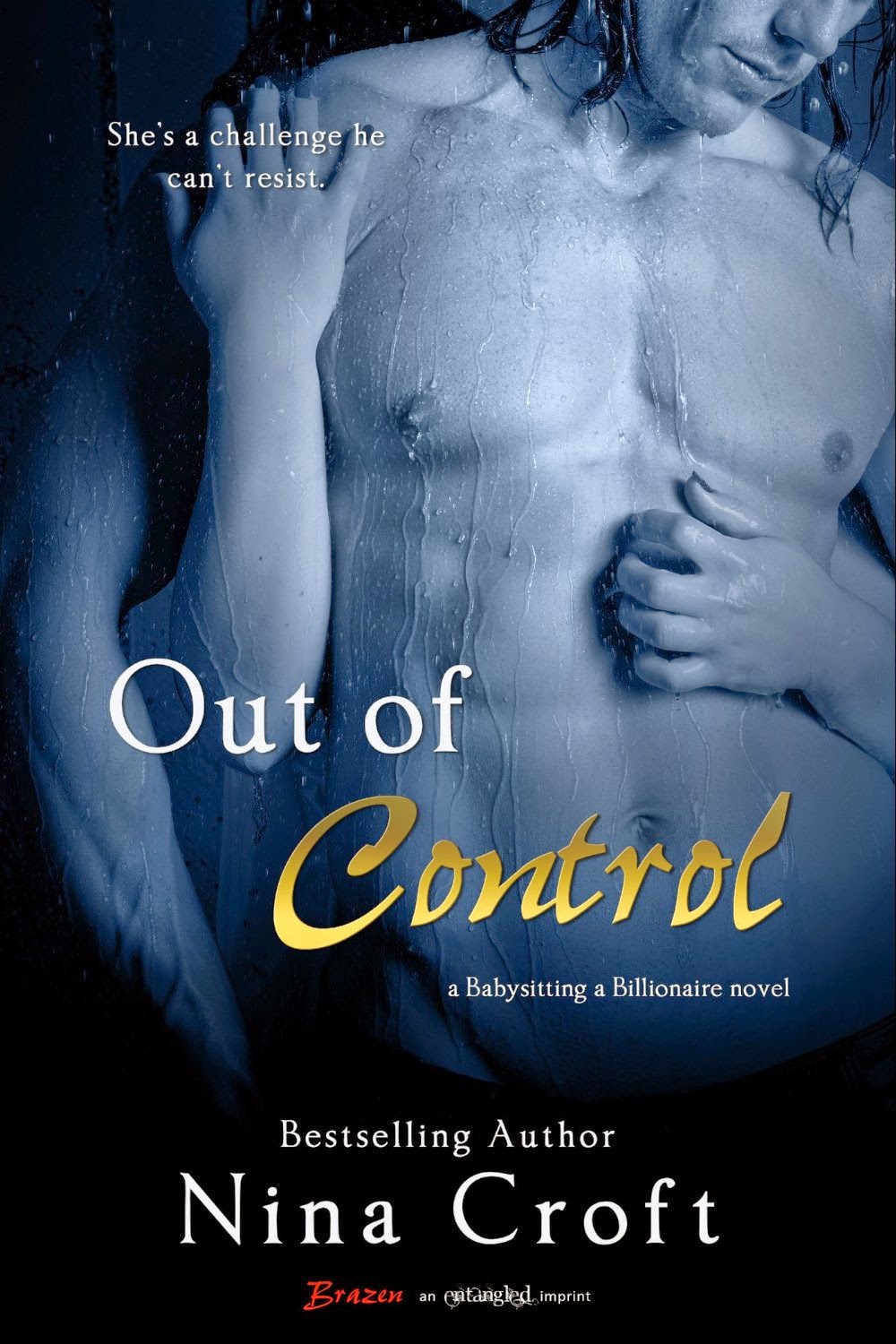 She’s a challenge he can’t resist.

Hollywood heartthrob Zachary Hunter loves women—as long as they don’t want more than a little fun in the bedroom. When his most recent movie stirs up the wrong kind of attention, the kind that includes an attempt on his life, he hires a friend’s company to locate the threat. The pint-sized redhead assigned to protect him isn’t what he expects—or wants. Worse, he can’t take his eyes off of her.

After ten years in the army, Danielle Sinclair knows how to handle men. With a new security gig to pass the time until she’s cleared to return to the military, she’s figures her sexy new client will be easy to manage. And then he opens his gorgeous mouth, and she can’t decide whether to kiss him or kill him. His sex appeal may tempt her into his bed, but his sexist attitude is unbearable, and she’s going to make him eat every single word…

4 Out of Control Stars!

“Maybe it’s the lure of the forbidden.”

A fast-paced love story, Out of Control was a quick read with really likable characters -- a ‘sort-of bodyguard’ and ‘sort-of celebrity couple' who challenge each other but are pretty combustible together.

“Are you telling me Jake sent goddamn Tinker Bell to protect me?”

For a short read, it sure packed an action-punch and a romantic-caress which got me hooked right from the first page. Well, there’s also a good humor and a fierce attitude especially from Dani and Zach’s sarcastic charm that made me liked this even more.
The no BS attitude she has towards Zach and Zach’s forward and charming ways towards Dani were enjoyable to read.

There were also topics about their past and I admire Nina Croft for blending their drama so well that even though the issues are sensitive, she was able to turn it into an essential part of Dani and Zach’s characters and their relationship as well, without having it dragged on and be told as a “sob story” instead. It made them more strong-willed and admirable as individuals.

Aside from the thrill of having to protect Zach and the romance that blossomed because of it and the funny banter between these two characters as they get to know each other, their oh-so-sexy sexy times were really… well… sexy.

Imagine reading 200+ pages of a book but written well and with everything packed in, without making it feel like it was just compressed and rushed.

“I hope I’m not just one in a long line of women you float around with.”
“You’re the last, I’ll never float with anyone else again.”

The only thing I wish Out of Control had is a kick-ass epilogue after that ending! Zach is such a playboy, but a really sweet one!

Nina Croft grew up in the north of England. After training as an accountant, she spent four years working as a volunteer in Zambia, which left her with a love of the sun and a dislike of nine-to-five work. She then spent a number of years mixing travel (whenever possible) with work (whenever necessary) but has now settled down to a life of writing and picking almonds on a remote farm in the mountains of southern Spain. Nina writes all types of romance, often mixed with elements of the paranormal and science fiction.

a Rafflecopter giveaway
Posted by Give Me Books at 6:12 am