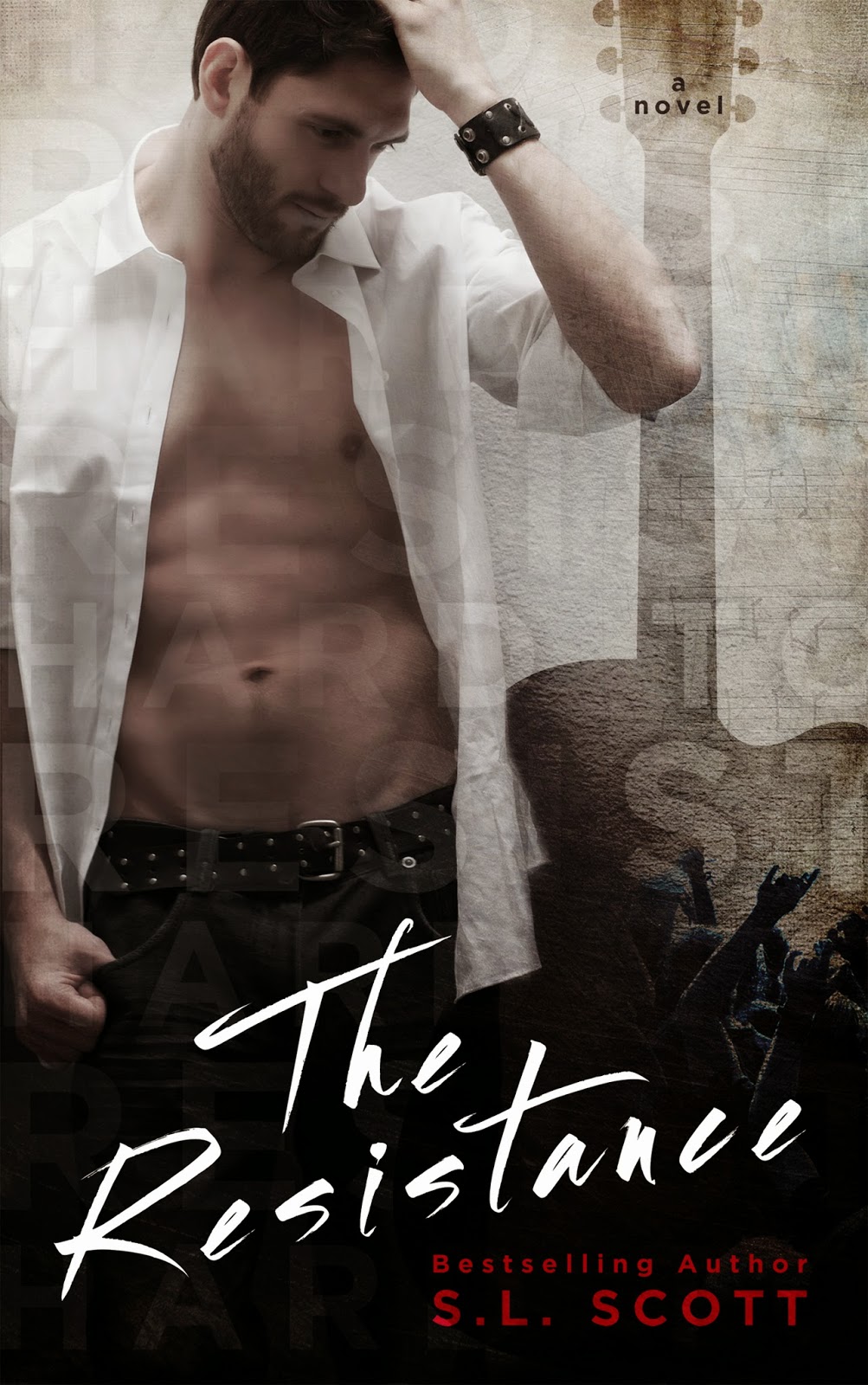 You don't choose when.

You don't choose where.

And you don't get to choose who you fall in love with.

The minute he opened his sexy mouth, Holliday Hughes should have known Jack Dalton was trouble. His smooth pickup lines, broad shoulders, and ridiculously handsome face charmed her right out of her clothes. She gave into her desires, the instant attraction blinding her to the obvious.

One night. That was all it took for Holliday’s world to be flipped on its axis. Jack Dalton was cocky. Smug. Volatile. Demanding. He ignited something deep inside her like no other, but there was something more to this brooding bad boy. There was a dark side to him she couldn't help but be drawn to.

Torn between what she knew about him and a mysterious side he tried to hide, could she walk away or was he simply too hard to resist?

4 Stressfully Sexy Scandalizingly Satisfying Stars****
I apologize in advance for my vague review. I’ve never written a review quite like this before. S.L Scott’s synopsis doesn’t give much away for a reason. You truly have to read this book in order to understand why and what the plot is about. I won’t lie I wasn’t sure what kind of book I was signing up for but I saw the author’s name and that hot as hell cover and I was sucked in! Then as I started reading I was forehead slapping myself……. for almost the first quarter all I read was sex. Hey I like sex scenes just as much as the next smutty gal but I just didn’t feel like I was obtaining any details of the story or getting to know the characters.
Then BAM door #1 was unravelled and the shock factor was eye popping, yet forehead vein popping at the same time. Your reaction will be a big fat WTF ARE YOU SERIOUS??? And yes S.L. Scott goes there. To say I wanted to throw my kindle down and just say to hell with it is an understatement; rather I pulled my hair out a little and pushed on. THANK GOODNESS I did. Wow, amazing progression of both the story and characters!!!!
Jack is the epitome of the guy you will hate to love but dammit if he doesn’t capture your heart. Also, hot damn does this man get your hormones racing. Whew I had to fan myself on more than one occasion. Sex makes up a large portion of this book, a method to escape the struggles both Jack and Holli are dealing with individually and together.
What was supposed to be one night of scorching sex turns into a whirlwind of scandal, drama, steam and heartache. Both saw Vegas as a vacation getaway, what they got could be so much more. But reality and the media will not play so nice toward these two. Jack and Holli come from completely different professions and have completely different baggage. As much as S.L Scott will fog up your kindle from leg squirming passion, it will also raise your blood pressure just the same from the angst of this story. It's okay, give your hair a little tug, drag your hands down your face, shout at the kindle but DO NOT stop reading!

Wait. Don’t go. Stay. Whether we have sex or not, I just want your company.” His expression appears sincere, but he seems to have several sides to him.


With my back against the door, I keep my eyes on his. “Look. I don’t sleep around… much. But I have slept with someone just because it was Wednesday.” I shrug. “So I’m not innocent over here, but I work hard and I have a pretty crappy social life because of it. Sometimes it’s nice to feel a warm touch that vibrates with excitement instead of a cold one that’s battery-operated.” I step forward as if I owe him more, more of an explanation, or more of me, I’m not sure. “Judge me if you must, but I’m in Vegas and now officially on vacation. And despite what you may think, I’ve only had the one drink so far today, so I’m not drunk. I’m a grown woman who appreciates a handsome face and the artistry of a tattoo that has meaning to the person wearing it. I actually thought we’d have dinner and a good time. All that came from somewhere pure, somewhere that now feels dirty, a little tainted. So I’m going now and if one day you find yourself not so lost in Los Angeles, you know my information.”


I don’t wait for a response or apology. I don’t know Dalton well enough to know if he’d offer one anyway. So I go without looking back, passing the room service waiter on the way, and hop in an elevator that’s for the exclusive use of the two penthouses.


Half expecting to hear him call after me, my finger hovers over the Lobby button, but I count to ten and when I don’t hear anything, I push it. The doors start to close when a hand reaches in, stopping them. Dalton peeks around the corner with a big smile in place, and says, “Can we start over? Stay for dinner?”


“Because I like you. I like your honesty and I don’t get much honesty in my line of work.”


“You’re an undercover narc. Of course you don’t get much honesty. Isn’t that why you got into the business?”


A sly smile crosses his face, revealing a small dimple in his cheek. A light sparks from within, reflecting in his eyes, and with a nod of his head, he says, “Come back. I’ll feed you and give you the sex you came up here for. Because it’s a Friday and while Friday may not be hump day, it’s still a damn good day of the week.”


My mouth drops open. “The sex? You’ll give me the sex because it’s Friday?” I roll my eyes while huffing, and then push the lobby button twice.


Stepping inside, he blocks the doors from closing and a buzz is heard from overhead. With his arms stretched wide, he looks into my eyes. “No. I mean, if you want the food that’s currently getting cold inside, you can have it. If you want to have sex, let’s fuck. You can have anything you want.”


The elevator starts buzzing even louder, escalating its level of warning. Dalton spreads his feet apart to hold the doors open and reaches for me. “I’ll even call you Holli since that’s what you prefer.”


He’s sexy and when he’s flirting with me, even sexier. I can’t give in too easily though. I should make a few ground rules, or at least one. “I’ll only come back on one condition.”
“Name it.” 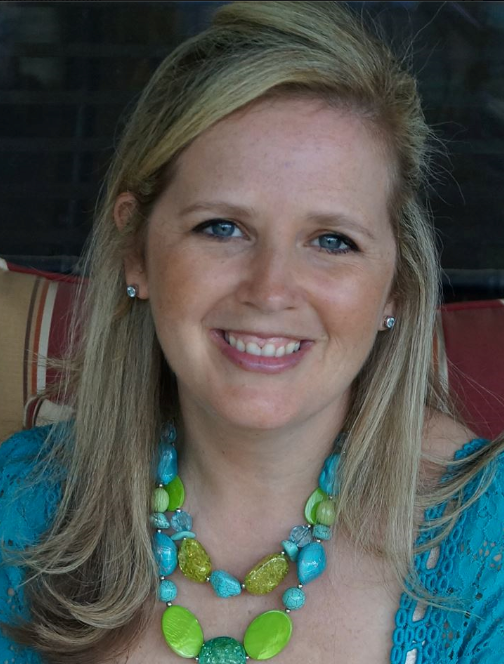 S.L. Scott is a former high-tech account manager with a journalism degree pursuing her passion for telling stories. She spends her days escaping into her characters and letting them lead her on their adventures.

Scott lives in the beautiful Texas hill country of Austin with her husband, two young sons, two Papillons and a bowl full of Sea Monkeys.

Her novels include Naturally, Charlie, Good Vibrations, and A Prior Engagement.

She welcomes your notes at sl@slscottauthor.com

a Rafflecopter giveaway
Posted by Give Me Books at 4:15 am