Review - His to Keep by Katee Robert 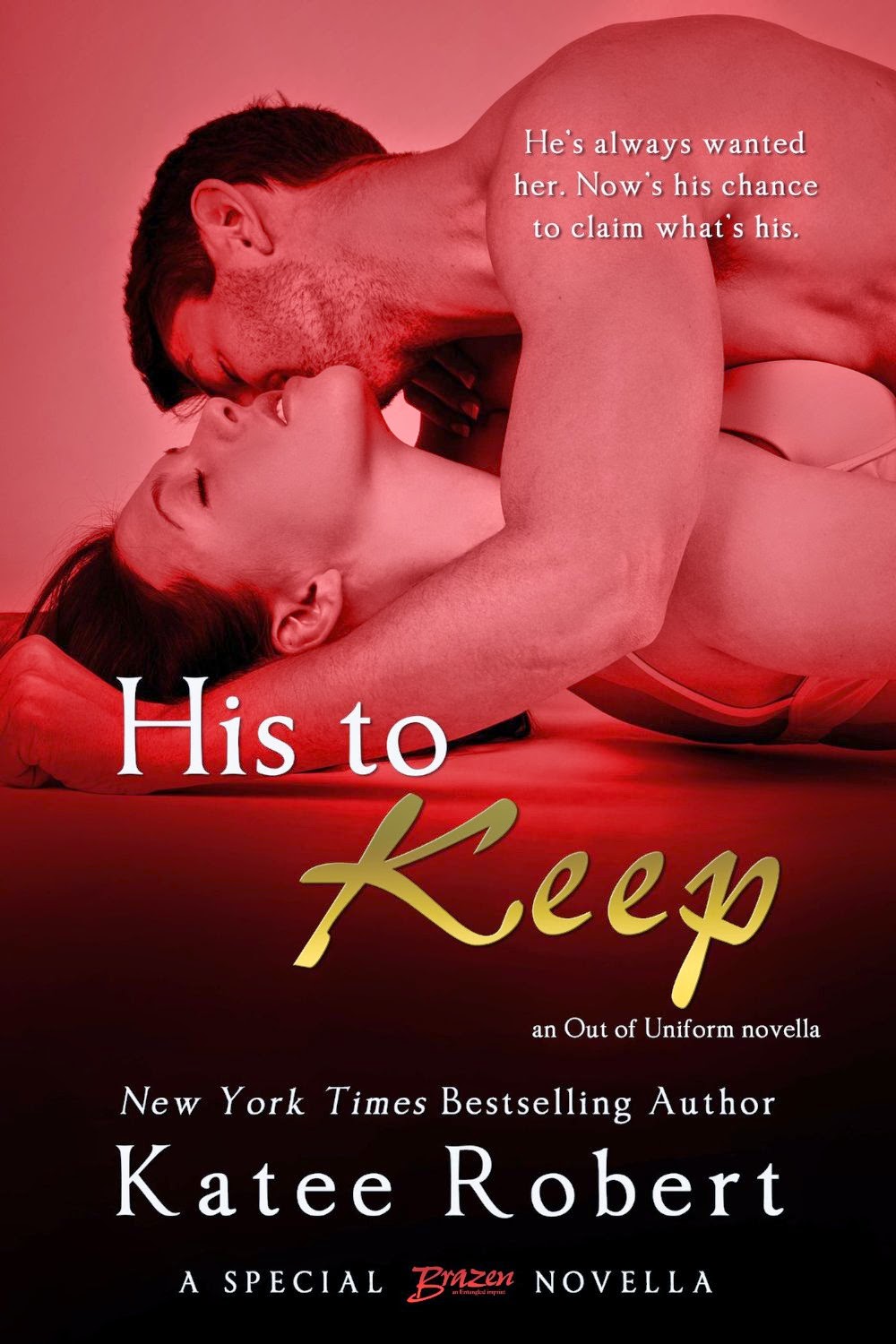 He’s always wanted her. Now’s his chance to claim what’s his.

School teacher Marceline Bellini gave up everything—men, sex, anything resembling a social life—to raise her young daughter. To be the perfect parent. But when she attends an engagement party in her standard stick-in-the-mud mode, her friends begin plying Marcy with shots. Just enough to convince her that a little fun doesn't sound like a bad idea... and having some naughty fun is an even better one.

Like finding herself deliciously pressed against a dark alley wall by the very familiar and very hot body of her best friend's older brother.

After years of waiting in painful silence, police officer Aaron Robinson finally has Marcy’s attention. And man, does he have it. But nothing could have prepared either of them for the rush of fiery lust between them. So he’ll just have to convince Marcy he’s for real. And that a rainy, lust-fuelled romp is the first step to a lifetime of completely imperfect happiness…

His To Keep started off with a bang! We were quickly introduced to the main characters without the unnecessary details that can go on forever. I liked how Ms. Katee Roberts wrote the whole story in such a captivating way, that you won’t even notice that this is only about 100 pages until you reach the end and you’re left wanting more.

The characters, Marceline or “Marcy” and Aaron, are very easily likeable and their chemistry can be felt in this short novel. As a single parent, Marceline Bellini, has set her own boundaries in life, making her 3-year old daughter her top priority. There’s no place in her life for a man, no matter how hot and gorgeous and great he is, or so she says. Aaron Robinson, the man Marcy has had a crush on since her teenage years, the same man who’s been resisting the pull he’s felt for over a decade towards Marcy. He is ex-Navy, now police officer, a straight-forward guy, persistent, honest, and just straight-up loving. 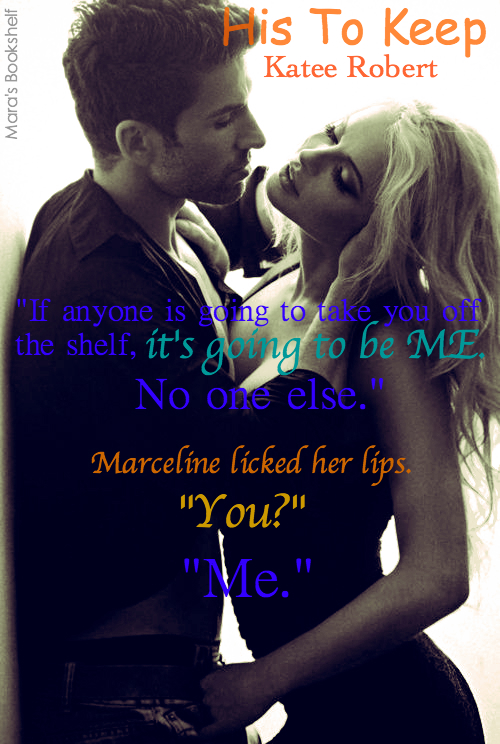 All of the descriptions I have used for them - I’ve felt it and imagined it and can pretty much see Marcy, Aaron, and Claire in clear picture in my head. That is how well delivered this 100-page book is to me. Katee Roberts touched the inner romantic in me. His To Keep is catchy, light, steamy, and sweet, all wrapped up in one novella. And that Epilogue, I want to give them all a tight hug while a huge smile is plastered on my face.
Stars: 4 stars!
Recommended to: Everyone looking for a quick, captivating read
POV: Third person. Dual POV.
Series: Yes. But standalone.
Cliffhanger: No.

Katee Robert learned to tell stories at her grandpa’s knee. Her favorites then were the rather epic adventures of The Three Bears, but at age twelve she discovered romance novels and never looked back.

Though she dabbled in writing, life got in the way—as it often does—and she spent a few years traveling, living in both Philadelphia and Germany. In between traveling and raising her two wee ones, she had the crazy idea that she’d like to write a book and try to get published.

Her first novel was an epic fantasy that, God willing, will never see the light of day. From there, she dabbled in YA and horror, before finally finding speculative romance. Because, really, who wouldn’t want to write entire books about the smoking-hot relationships between two people?

She now spends her time—when not lost in Far Reach worlds—playing imaginary games with her wee ones, writing, ogling men, and planning for the inevitable zombie apocalypse.

a Rafflecopter giveaway
Posted by Give Me Books at 6:31 am