Zoey James is in a funk. She has been through more in her twenty-three years than most people have experienced in their entire lives. After her ex-husband tries to take everything she’s worked so hard for, she makes one rule: Never date someone she works with.
When her father’s newly hired mechanic moves into the apartment above their family-run business, Zoey’s lonely life is flipped upside down.
As a teenager, New Zealand native, Andy Tate’s family is tragically killed in an accident, and he is taken in by his aunt and uncle. Andy is pulled away from the only place he’s ever known as home, and moved halfway around the world to Northern California.
Ten years and one failed marriage later, Andy finds himself living in a new city, with a new job at James Racing, and living in an apartment next door to Zoey, his new boss’s beautiful and damaged daughter.
After an interesting chain of events over one weekend, Andy and Zoey form an unexpected bond. Even though he’s the only one who can get through to her, she will do all that she can to keep him at a distance and not break her one rule.
Will Andy be the reason for Zoey to start living her life again, or will she continue on her downward spiral, until she finally hits rock bottom? 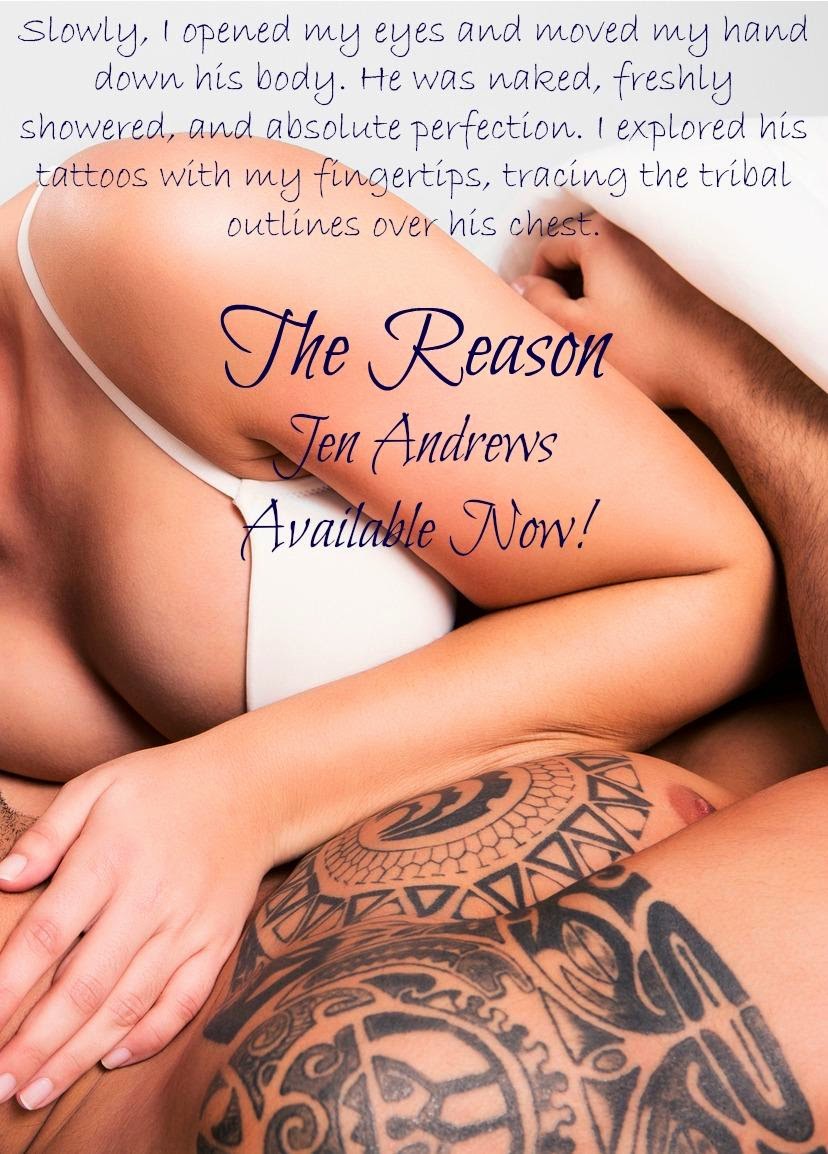 There is no reason not to read this terrific debut book.  What I love about this book is how Ms. Andrews was able to integrate music into the storyline. Song lyrics played an instrumental role in how Zoey James and Andy Tate communicated and expressed their feelings. They say music heals. Well in this case, it not only healed a broken spirit but it awakened it to finally LIVE and START ANEW.  For Zoey James, she finally has a reason to LOVE and believe in second chances.

Zoey James did not have a great childhood growing up. Her birth mother neglected her and after years in the foster care system, she was finally adopted into a loving family. Twenty-three and divorced, she had every reason to close her heart but call it fate or whatever that all changed when Andy Tate walked into her life. Andy is 28 years old and from New Zealand. Like Zoey, his life is not perfect. He lost his parents and sister in a tragic car accident and is also divorced. For Zoey, she didn't expect the new guy hired to work for her dad would be the one to turn her world upside down. For the first time in a long time, Zoey met a guy whom she could picture a future with unlike her ex, Rob. Sounds easy right...but what if your fears holds you back from opening up your heart? Or if you have an ex that continues to stalk you? Will Andy give her the reason to take a chance at love?

I absolutely adore Andy Tate. Personally, I thought he was just perfect. He was sweet, gentle, patient, protective and understanding. You would be a fool not to fall in love with Andy. So it was inevitable for Zoey to not fall for him. Their chemistry and relationship was palpable and sweet. I loved the slow development of the relationship. It was great to see that they started off as friends and took time to get know one another. I loved how Zoey was able to let Andy in and see her insecurities and fears. For some men, some would walk away knowing that she has baggage but he didn't let Zoey's past deter him.

I adored The Reason and found myself devouring this book in one sitting. This book had all the FEELS!! It made you truly believe that life is full of second chances and its just up to us to take a risk at love. Andy and Zoey reminds us all there is a reason for everything. We may stumble and fall, but its all about taking a chance.  When we thought the couple were finally on the right track, Ms. Andrews had to end their story with a twist of events. So if you were thinking a HEA, then I'm sorry to say this book ends with a cliffhanger.  I can't wait for the next book because I need more Zoey and Andy! If there is anyone who deserves happiness, its Zoey so I'm hoping she finally gets her chance at HEA with her Kiwi Man.  <3

The Reason is part one of the Just Say Yes trilogy. I  thought the book started out kind of slow but after a few chapters that's when it got more interesting.

Zoey is in her early twenties and is recently divorced. Rob, her ex-husband was a mechanic at Zoey’s family’s business and that's also where Zoey works. She could have easily lost so much more in the divorce settlement but the only thing she lost was her pride and joy, the Chevelle hot rod her brothers restored for her. Music had helped her from not getting too deep into depression.

Andy is officially on my BBF list. He is new in town and just got hired at Zoey’s family’s garage, James Racing as a mechanic.  As part of being employed there came with an agreement, he's provided with an apartment above the garage. It’s Zoey’s job to get it fixed and ready for him, so, they quickly make a connection that is far from just being friendly. Zoey isn't only doubtful of a new relationship, but especially with someone who is an employee of her father’s. She’s not willing to risk the business again it's something that could have happened with her ex-husband Rob.

Music was a huge part of this book. I love books that tie music into the storyline and this book was no omission. When Zoey couldn't explain how she felt about Andy, she had him listen to a song that perfectly explains why she was in doubt to get involve with him in the first place. Song lyrics make it easy to put feelings into words when you cannot express them yourself. They both tried to deny this pull they felt since the first time they laid eyes on each other. It's such a heart warming story but it's sort of a forbidden love story in the beginning and as you get to the middle of the story it changes both their lives in a good way.

It’s a great romance story. I can't wait to read the next book in the Say Yes series.

Jen Andrews was raised in a small town in Northern California, and still lives in the same county where she was born. She is a self-proclaimed music and lyric addict. She grew up in ‘car family’ so her life has been spent around old hot rods. She and her husband, Jake, even have a few of their own. In her spare time, Jen loves to travel wherever she can. She finally lived her dream of traveling to New Zealand to see her favorite rugby team, the All Blacks, play. Jen loves to do photography as a hobby and continues to write. 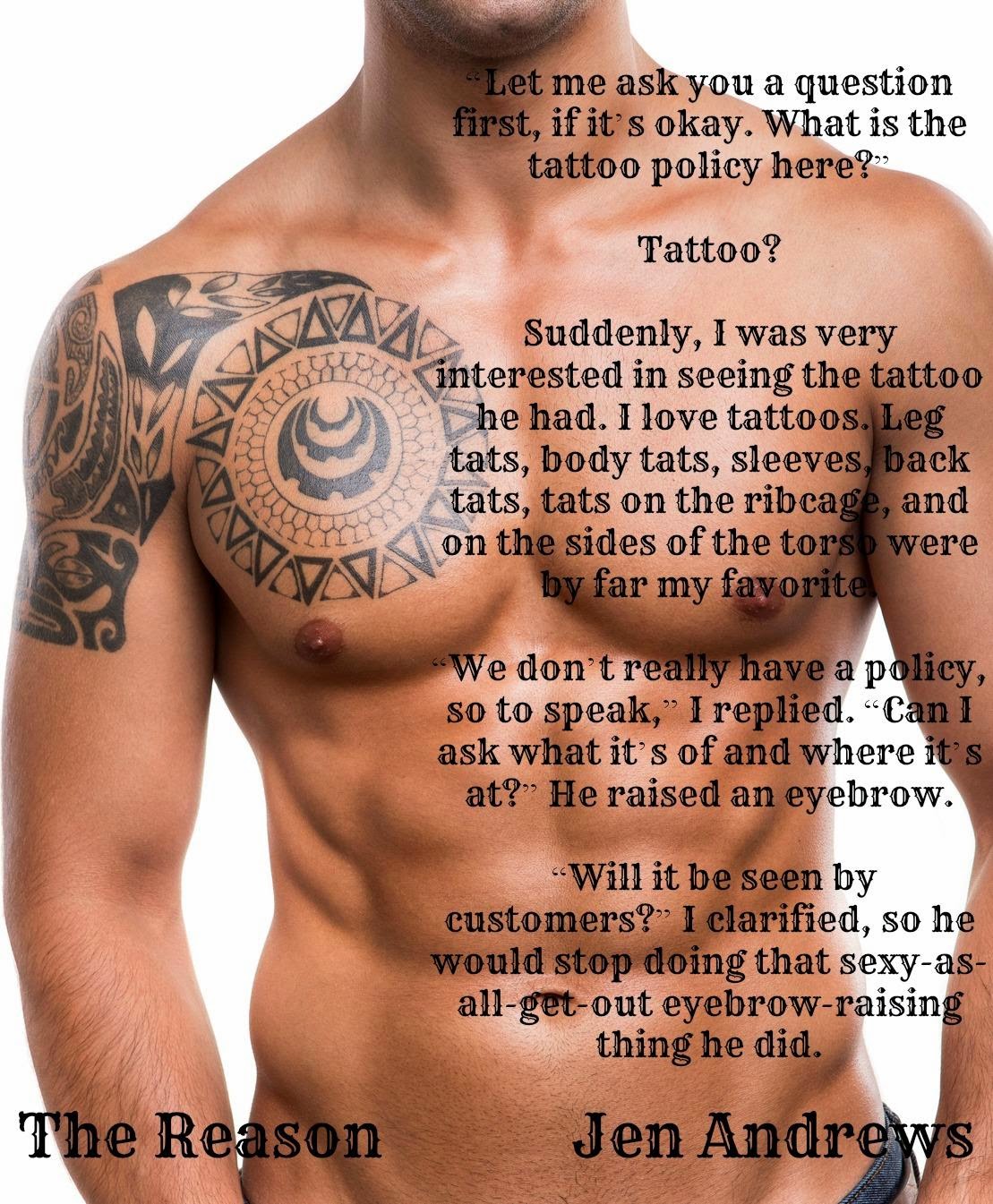