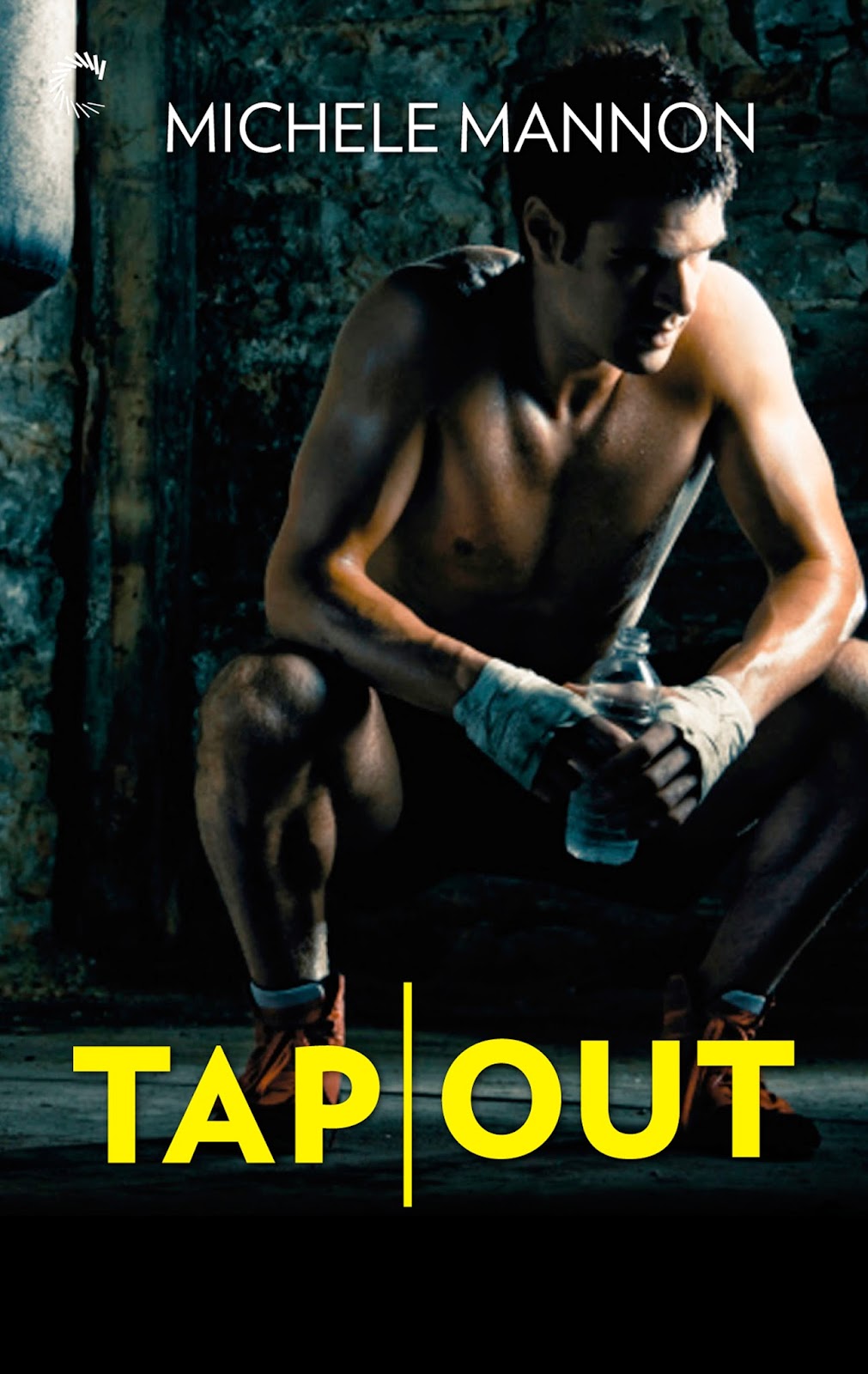 Late-night shock jock Sophie Morelle has been fired, dumped by her network after an embarrassing incident cost them big bucks. But she knows just how to get back on her feet—by filming a raw, gritty documentary about MMA fighters, starring the hottest welterweight around. The only problem? He’s the one responsible for ruining her life.
MMA-champion-turned-model Caden Kelly is hell-bent on reestablishing himself as the best fighter in the country. He’d been on a roll, too, until that loudmouth reporter hit him in the head with a camera on national TV. The headaches he’s suffered since are nothing compared to the one he gets when she shows up, seeking an exclusive. That Sophie’s gorgeous is undeniable…but she’s also the most infuriating woman he’s ever met.

Stepping into the ring with Caden Kelly is not for the faint of heart, but Sophie’s never been the delicate type. This champion may have finally met his match—both in and out of the bedroom.
Don’t miss Knock Out, available now!
ADD TO GOODREADS

Well, I'm a sucker for MMA romance and this book was a total unputdownable for me. This book had action and passion. Read it in one sitting and LOVED it! Swooned over Caden.
Sophie Morello a late night jock has been fired and dumped by her network from tripping over someone and accidentally hitting a very important MMA fighter named Caden Kelly in the head with her camera. She's trying to get back on her feet by following Caden and asking for an interview for her documentary that would help her get her career back. He's responsible for her losing her job since he filed for attempted murder(so he said) and a restraining order against her.
MMA champion turned into an underwear model with billboards wherever you go on highways. His been with a lot of women which I hated that part about him. He's an arrogant person in the beginning. After a few a Chapters he started changing how he treated Sophie. I love their nick names for each other, Sophie is chili beans and Caden is sweet buns. He may be feisty and acted like he did not want Sophie but deep down he was just scared. He thinks that if he does give in with what he was feeling for Sophie would make him a weak person.
The book was slow in the beginning but did justice after a few chapters.
All that being said, I loved this story and I loved Sophie and Caden together. I started rooting for them from the very beginning. Alpha-Male Caden you just can't miss and feisty Sophie. As crazy as this plot is, it just worked for them. 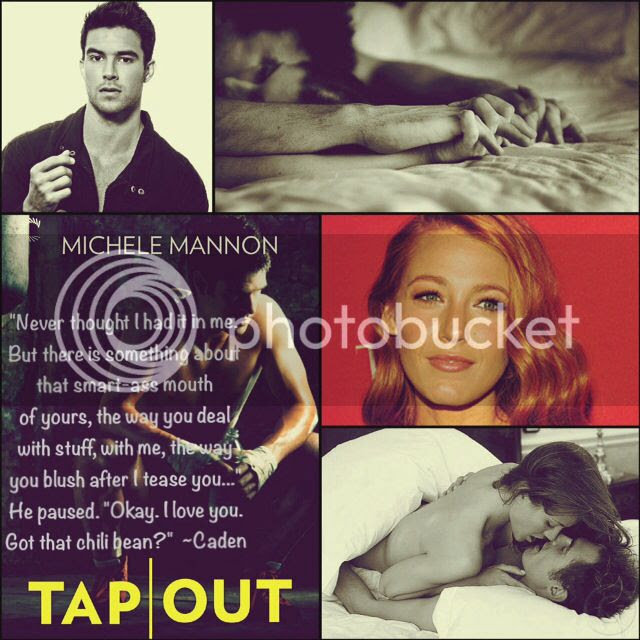 What do you get when you mix a feisty, sophisticated, career driven female TV host, Sophie Morelle, with a hot headed, Grade A celebrity, determined MMA fighter, Caden Kelly? 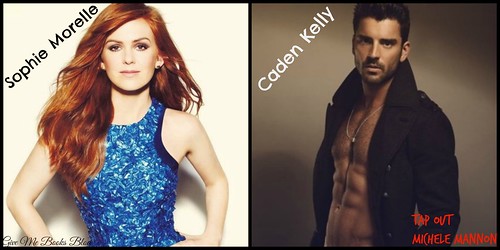 You get sizzlingly, steamy yet frustrating tension you can cut with a knife but boy is the banter and sparks in this story attention gripping! When we first meet Sophie she is scorned by the recent loss of her job as a late night TV host. She harbors anger towards the person she holds responsible for her unemployment - Caden Kellly; former hotshot MMA fighter turned panty melting model. As the wheels in her mind begin to turn, in hopes of gaining her job back, she discovers the one person she dislikes with a passion is the one person who could put the “Sophie Morelle” back on the map as a TV host.

A light bulb goes off and her perfect plan centers around capturing an inside documentary on MMA fighters and their preparation for the big Tetnus Tournament in Vegas. However, a previous unfortunate event Sophie was involved in at a former tournament has not been forgotten. Not by the other fighters and most certainly not by the victim - Caden Kelly. What was a complete accident on Sophie’s part, was not received as so by Caden, when his fight was almost jeopardized after he got zonked in the head by her camcorder which knocked him out.

Bygones can be bygones right? Easier said than done. Sophie finds out real quick, when she is forced to ride in the touring bus with the macho fighters, that her welcome is anything but warm. I really enjoyed Sophie’s character. Ms. Mannon does an exceptional job portraying a confident, independent overall strong minded heroine.

"No man, in any shape or form—muscular heartthrob or unpleasant memory—was going to stop her."

Sophie is no meek bunny on a bus full of wolves. She uses her wit, sass and class to find her way into the group’s good graces, one by one, to get her story. Her hardest shell to crack is none other than the man who is to be the star of her feature.

Caden Kelly is working hard to make a come-back as the top of the top of MMA fighters, he does not have time for distractions/road blocks and while Sophie is gorgeous:

“Fuckability factor aside, that woman was trouble. Tried and proved trouble. What he did know about her, he didn’t like. She was dangerous. Relentless when it came to getting her story. Uncaring of who she hurt. Unfazed by the drama that always seemed to unfold round her.”

As Sophie makes progress gaining acceptance from the fighters, a few dickweeds - Jaysin and despicable promoter, Jerry, continue to give her a hard time. The drama cloud hanging over Sophie unravels a dark secret taking place under the surface of the tour, drugs being distributed, fighters hyped up on steroids and blood doping. Her well-being is put in harms way causing a shift in relationship between her and Caden. Under that bulky muscular, cold exterior is a compassionate man who protects just as fiercely as he fights. Soon both of these characters begin to realize there is a lot more to one another than what meets their eye. The connection is sexually intense causing your kindle screen to fog up. Hot damn does Caden know how to make a girl squirm and blush. I was beyond proud of the maturity we see in Sophie in her ability to allow herself to open up and let her walls down for Caden. Unfortunately, Caden struggles with accepting love.

"A man like him didn’t deserve a woman like her for the long term. She brought out things in hi—a hope in him, feelings within him—that were best left dead."

We discover on the surface this man still has demons he is battling stemming from his broken childhood. My heart went out to him yet at the same time gained such respect for all the obstacles he has conquered to better himself.

All hell breaks loose in the last 25% of the book. Where I thought some parts dragged on in the middle of the book, in the last portion of the story, Michele Mannon really grabs your attention and keeps you glued page after page. The character growth and flow of the story were done very well. I hate to nit pick, every reader has their own opinion so I have one of many; for me I would have liked more fighting scenes from Caden and heck one last good sex scene towards the end too! Those are minor, still I enjoyed the funny flirty banter between Sophie and Caden and just adored the old man Sal, who tried as he might to bring balance to all the hostile situations haha! 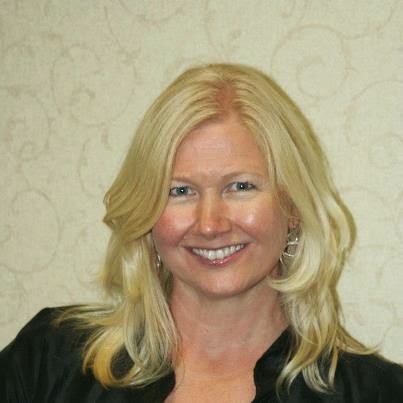 Author Michele Mannon is a huge fan of skinny cinnamon dolce lattes, a good book, and/or sports game on television. Michele can be found in her writer’s cave, tweeting, and spending time outdoors with her family.

KNOCK OUT is her first MMA sports romance in the series WORTH THE FIGHT, published by Carina Press.

a Rafflecopter giveaway
Posted by Give Me Books at 10:49 pm