Chapter Blitz - My Heart is Yours by Amanda Leigh 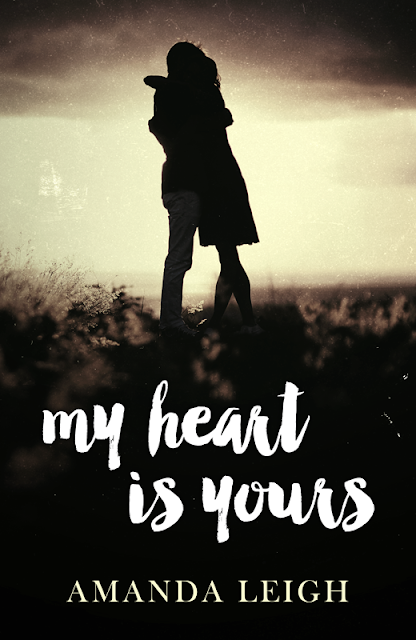 Samantha Marie Ramsden has three brothers. Craig, John and Matt. When tragedy strikes their family, Craig takes on the task of becoming his siblings legal guardian. It’s hard enough being someone’s guardian, but when you’ve only recently entered adulthood yourself it’s almost impossible to know where to draw the line between sibling and ‘parent’.

This is made even harder on him when Sam starts to get close to a long time friend, Jason. It looks like their friendship could turn into something more. An idea that Craig has never been too happy with. Spanning six years, My Heart is Yours explores family, friendship, love and much more. As well as asking the question: Would you defy family for love? 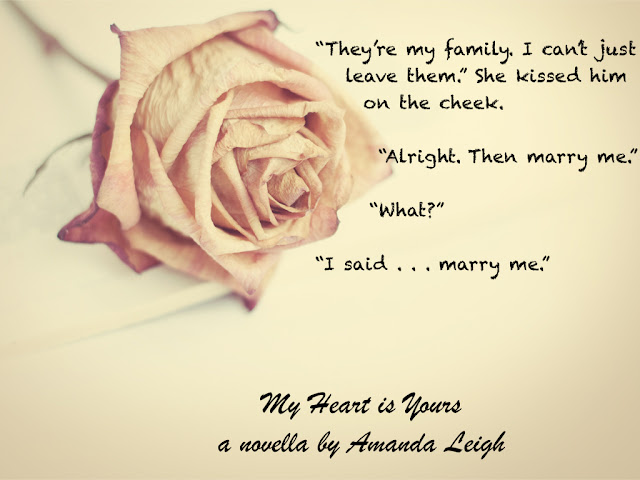 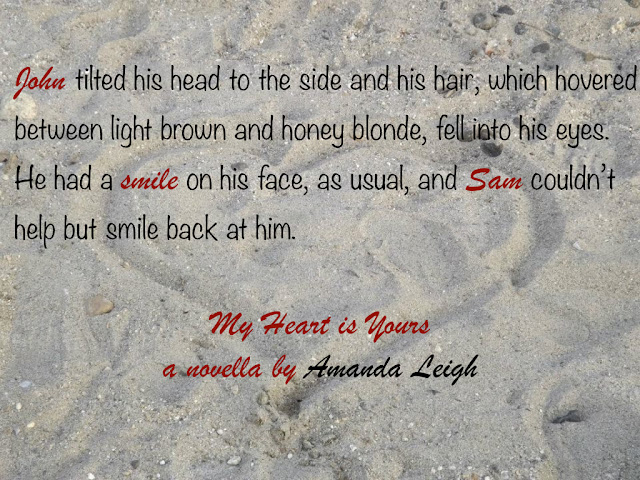 Five and a half year old Samantha slept in her white threadbare sheets. Tonight the wind was coming through particularly strong from the cracks in the wooden boards on her window. Her small body shivered.

The door creaked open and her mother entered. Sam had the same blonde hair as her mother. Her eyes were her own though. Changing from blue, to grey, to blue-grey, to green or any combination of these colors seemingly simultaneously. Sandra’s hand approached her daughter’s shoulder and she shook her roughly awake. The clock on the wall read three o’ clock in the morning. Sam rubbed her eyes. “Come on!” Her mother said as she looked over her shoulder. “Get out of bed, now!” She grabbed a hammer from the toolbox they kept in Sam’s room, went to the boarded up window and started tearing the boards to the floor. Wood splintered through the air. “Go on.” She gestured to the window. “Get out. Go.”

Sam hesitated for half a second then climbed through. She knew she couldn’t ask questions. She got into trouble when she asked questions.

Sandra wiggled through the window; she cursed aloud as the glass cut her shoulder.

“Don’t try to run away from me!” The hoarse shout came from behind them. Sam’s father. Sam knew what it meant when he was like this.

Sandra pushed Sam into the car, ran to the other side and jumped in. “Mommy.” Sam said as they went speeding past houses. “What’s wrong?”

“If you must know, your father’s more drunk than usual. He has a gun and he says he’s gonna kill us. Satisfied?” Sam’s eyes widened as she looked in the rearview mirror. There was a car right on their tail. Sam stretched in the front seat to see who it was; she recognized the face of her father. “Mommy!” She yelled. Her mother ignored her. “The only reason I’m taking you with me is cuz as a single parent with no job I might get some money from the government.” “Mommy!” She yelled again. “Otherwise I’d just let him kill you.” The car stopped, jolted forward and stopped again. “Damn it. We’re out of gas.” Sam’s mom muttered. Sirens wailed in the background.

Beside them, Sam heard the screech of tires. Blonder hair hit Sam’s face as she turned her head toward the noise. In the car beside them her father scooted across the front seats; his eyes wild with rage. A flash of black came from behind him. Sandra frantically tried to get the car started. Too late. An arm shot out around her neck; holding her fast. Her husband held the shiny black gun to her head and before Sam could scream from the sound, the trigger boomed and her mother’s body slumped over on the steering wheel. Deep red blood gushed out of her head forming a pool on the floor.

Before Sam climbed out of the car window, her father’s eyes met hers. There was nothing there. No sorrow, no fear, no pain, no love. Nothing.

The source of the sirens came to their side. Two police cars with their lights flashing and sirens wailing. Sam clasped her little hand around the handle on the car door; the door opened easily and she fell out onto the cold asphalt. Her eyes took in a small bush about a yard away. She scurried to it and hid within it’s hard branches, lush with dark green leaves.

A young policeman shot out of his squad car and saw Sam scurry out of the corner of his eye. This was one of his first times being called – he had only recently graduated from the police academy. He had never seen such devastation. Sure, he thought, compared to a war zone this is nothing. But I’ve never seen a husband murder his wife before. With a little girl hiding in the bushes. He shook his head. All of this went through his mind before he crossed to the bush where Sam was hiding.

She tried to run but he gently caught her arm. “It’s okay, sweetie.” He said. “We’re here to help.” Her big, sad eyes stared up at him. He tried to offer her a reassuring smile, but he was rather sure that it came out more like a grimace. He picked her up and walked her over to the other policemen.

Sam was taken to an orphanage about an hour and a half away. Six months later she was adopted by Mr. and Mrs. Ramsden. They had three sons. Craig was ten, John was seven and Matt was four.

Craig, John and Matt were good friends with three other boys in town. Mr. and Mrs. Ramsden were friends with one or both of these boys’ parents and they had all grown up together. Chris, Shawn and Jason. It was new to have a little girl introduced into the mix.

Their town wasn’t the best town to be living in. Nearly everyone between the ages of thirteen and twenty-five either carried a gun or a blade. With the thought that it was for protection; though it didn’t always turn out that way. The town wasn’t exactly poor; they had enough money for their bills and groceries. Although there was little to no disposable income.

In February 1964 tragedy hit the Ramsden family. Four months before Sam turned sixteen her adoptive parents were killed in a car wreck by a drunk driver. Craig refused to have their family split up. He became John, Sam and Matt’s legal guardian.

By 1964 Sam had lost two sets of parents. She hoped with all of her heart to not lose anyone else. 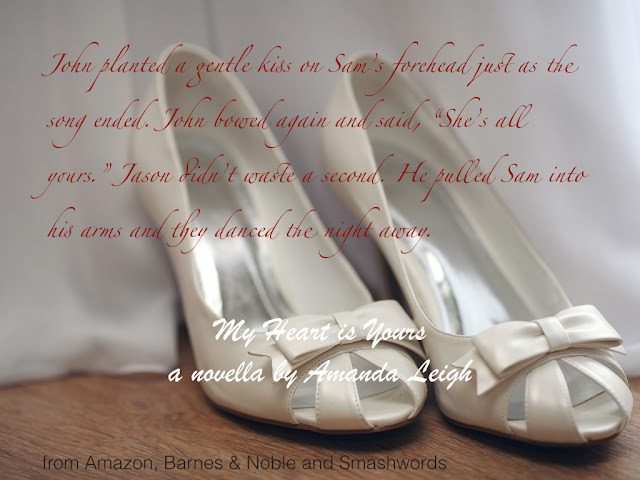 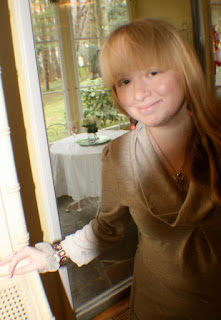 Amanda Leigh graduated with a BA in English and Communications and a double minor in Psychology and Creative Writing. During college, she worked on the literary magazine and loved every minute of it. She adores cats and has one named Sawyer - named after one of her favorite characters on Lost. Amanda enjoys reading, writing avidly in a journal, writing poetry, fiction and creative non-fiction, cooking, listening to music, singing, swimming and art - particularly photography. Amanda is a bit of a chocoholic and is slightly obsessed with office supplies. She has many ideas for stories so keep an eye out for more work from her. 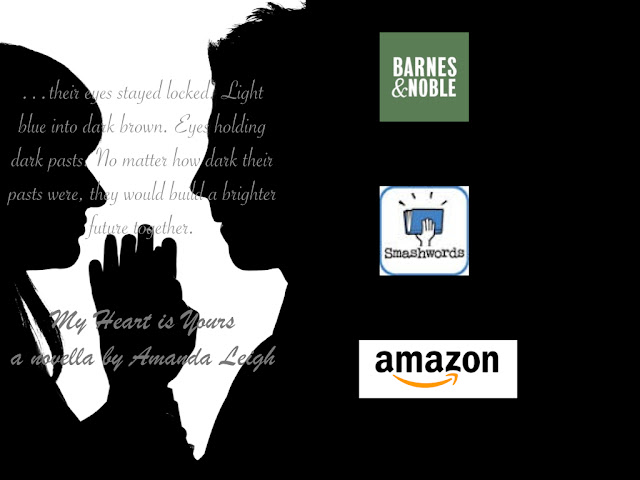 a Rafflecopter giveaway
Posted by Give Me Books at 11:06 pm

Email ThisBlogThis!Share to TwitterShare to FacebookShare to Pinterest
Labels: Amanda Leigh, Chapter Blitz, Giveaway, My Heart is Yours