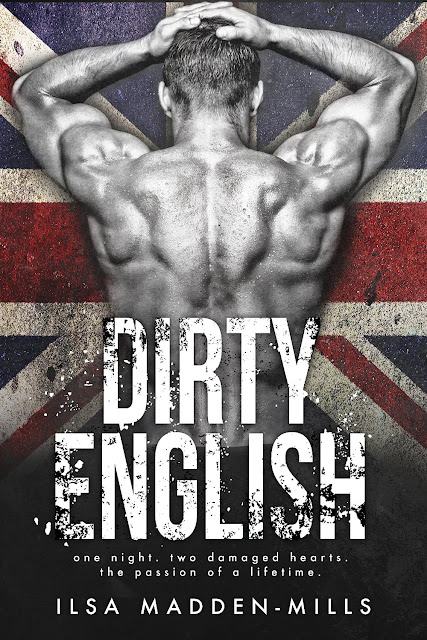 A scarred fighter.
A girl with rules.
One night of unbridled passion.

There are three things you need to know about Elizabeth Bennett: she’s smart as a whip, always in control, and lives by a set of carefully crafted rules. She’s learned the hard way that people you love the most always hurt you in the end.

But then she meets Declan Blay, the new neighbor at her apartment complex.

A tattooed British street fighter, he’s the campus bad boy she’s supposed to avoid, but when he saves her from a frat party gone bad, all her rules about sex and love fly out the window.

She gives him one night of unbridled passion, but he longs for more.

With only a cardboard-thin wall separating their bedrooms, he dreams of possessing the vulnerable girl next door forever.

One night. Two damaged hearts. The passion of a lifetime.

*a modern love story inspired by Pride and Prejudice* 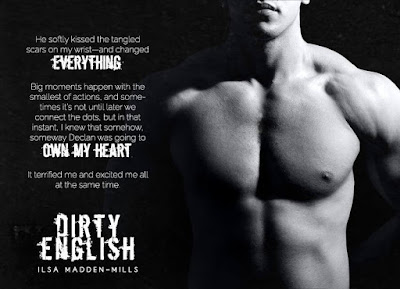 I. Could. Not. Get enough of this book! I could not stop reading, I could not put it down, and I also couldn't put my finger on just what it was about this book. So, I think I'll go with everything. It's not often that I find a book so hard to determine, especially one that falls more into the NA category. With this read, I had no problem at all falling into the college aged characters, and that's the mark of great writing. Being able to find myself so deeply connected with characters I would normally have so little in common with made this an adventure, since I found myself wondering what was going to happen, wondering what I would do in that situation, and finding I had no idea.

Elizabeth was a troubled character, with a past that was terrible enough to rightly cause all the angst and baggage she had been carrying around with her. Her way of dealing with it gave her sense of control, but it wasn't doing anything to help her move forward. I fell in love with her strength though. She didn't always realize it, but she faced her fears head on, even when they seemed likely to defeat her.

Declan was a complex character and knowing how he felt didn't make it any easier when he struggled with his own demons—he was forced to watch almost helplessly as Elizabeth fought her own. Not to mention he was absolutely sexy-as-sin and a good guy on top of that. He reads Jane Austen for Pete’s sake! Can I get a swoon? Can I get a Declan of my very own?

The daily struggle was real, as they tried so hard to decide what was right for them. A fling? Love? They were smoldering in the bedroom! Trying to maintain a casual facade around friends who are anything but oblivious—I even loved their friends! Such a likable crew who, in the end, had their backs and, despite conflicts of interest, really wanted the others to be happy. There could have been a whole new set of drama, no spoilers, but instead it's handled with an overall maturity that made it easy even for me to appreciate.

The edge of suspense gave it just a little more oomph. Not enough to make it too much; it was handled with just the right delicacy that it somehow added even more to a story that was already enough. It was a thrill to read, and it's one I would absolutely recommend.
~ Review by George

Elizabeth Bennett is a survivor. She experienced an extremely traumatic event and is determined to not let it define her. She is living by a strict set of rules to ensure that she is always in control, and things are working out—sort of. She’s basically living a half-life, but thinks maybe a half-life is all she needs…and then she meets Declan Blay.

Declan is the sexiest man on campus. No, really, it’s an official title. He’s British, he’s bad-ass, and he’s Elizabeth’s new neighbor. Declan is the ultimate alpha—he’s a street fighter with a heart of gold. He’s all protective animal instincts and irresistible sex appeal. He is, literally, the very last thing that Elizabeth is looking for in her life, but she can’t deny her attraction to him, the chemistry between them, or how Declan is the first man who’s made her feel safe in as long as she can remember.

There were so many heart-melting, swoony moments in this book. While the physical chemistry between Declan and Elizabeth is intense, they’re both so focused on guarding their hearts that it all plays out as a beautiful slow build. We get to experience them falling in love in fits and starts—and we know that by the time the steam factor goes into overdrive, there are real feelings between the two.

There’s a darker storyline that I had a bit more trouble with. There were times I wanted Elizabeth to be stronger, smarter. There were things I thought she should have done to take better care of herself, to really heal, and to become the person she needed to be for herself before she got swept up in Declan. I love the idea of Declan as redemption—her proof that life and love still existed for her. He was so good for Elizabeth, so kind and sweet, and a safe harbor for her to find stability. But that’s a lot to put on one person. These thoughts nagged me as I pushed through the book. Elizabeth deserved more from herself.

Those feelings aside, this really was a sweet, satisfying, sexy read. I loved the references and parallels to Pride and Prejudice. I loved the brothers, Declan and Dax (oh, Dax…talk about a secondary character crush. I’d like to dig deeper into that loveable goof!), and the whole crew that Elizabeth surrounded herself with. I loved the slow build and the white hot burn of Elizabeth and Declan and, most of all, I loved that everyone gets what they deserve in the end.
~ Review by Shelly 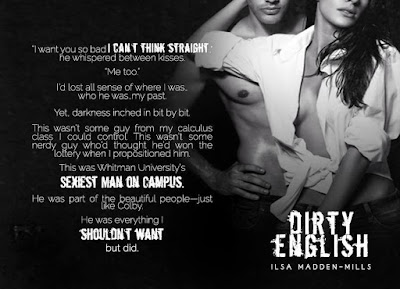 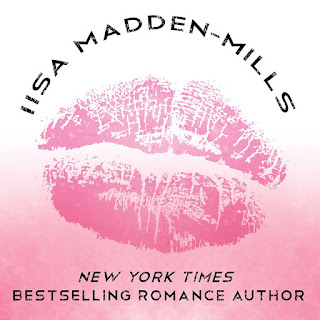 She has a degree in English and a Master's in Education.

When she's not pecking away on her computer, she shops for cool magnets, paints old furniture, and eats her weight in sushi.