Review - Break Me Down by Roni Loren 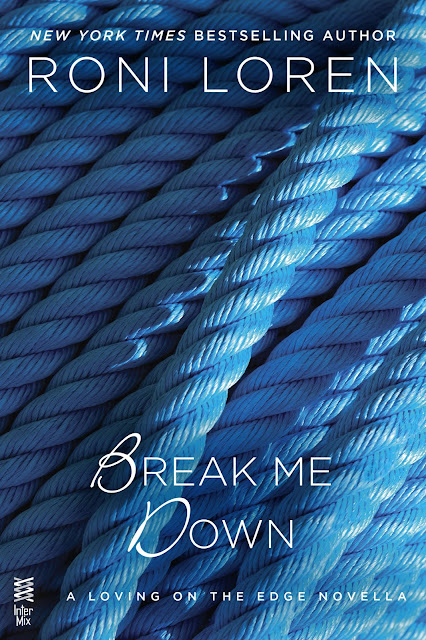 Samantha Dunbar needs to forget Gibson Andrews. When he trained her to be a domme, she experienced just how hot things could get with the sexy executive. She was ready to hand him everything—including her heart. But Gibson backed away, declaring them incompatible. He’s a dominant, and Sam’s no submissive.

But after an attack shakes Sam to her core, Gibson tracks her down at her family’s rundown farmhouse and makes her an offer. He’ll stay the week and be hers in every way—a helping hand for the renovation and a willing lover in her bed. He swore he’d never give up control to anyone again, but he hasn’t been able to touch another woman since Sam. Maybe a week alone with her will cure him of his relentless craving.

But one taste only makes them want more, and Sam and Gibson are drawn in deeper than ever. The man who won’t give in has just met the girl who won’t give up…

What really made this a five star read, though, was how much I cared about the characters and their story beyond their physical relationship. There's a real book here folks, with substance and three dimensional characters, and the works. Sam was the sexiest Domme I have ever read about, and seeing as how she was a woman, that's saying a lot. I wanted her, and, well, she's not usually my type...if you get my drift. Hell. More than that, I wanted to be her in some of those scenes. Gibson was described as being oh, so sexy, and he seemed like a great guy and all, but he really paled in comparison to her strength and stoic ‘take me or leave me’ attitude. Her way with him, and the limits she pushes, ahhhh, it was a toss-up as to what was going to melt first—my kindle or my panties.

As always, visits to the ranch and the reappearance of past loved characters was a pleasure all of its own. Getting an update on their lives, seeing their interactions with Sam and Gibson, this really brings you deeper into their world and keeps you invested in the series. Although really, each book can easily be a standalone, and there's more than enough to keep you invested even with no prior knowledge.

This book had me sneaking it during work, because I had to know what happened. I just had a hard time looking anyone in the eye after reading it, wondering if all the dirty things going through my mind were obvious. And so what if I had to speed home and jump my husband? I have no regrets.
~ Review by George

First of all let me say, panties are optional when reading this book, and also do not read it when you are in the presence of people...You have been warned!

Sam is a Mistress, one that requires total control, and the one she has her eye on—Gibson—can't seem to give her that control due to his past. I thought to myself, ‘Well, what in the world could have caused him to deny her the control?’

One thing was for sure, Sam and Gibson were meant to be together, yet both of their pasts would be the deciding factor if they were to end up together at the end. And yes, the scenes between them were freaking hot, and the sex had me reaching for a change of panties or going bare to save on washing!

As Gibson and Sam try to give it chance, I got to see the real them and I loved seeing them open up to each other and sharing their pasts. I will warn you, it’s not pretty, especially Sam's... I was in tears and wishing I could hug her and tell her everything would be okay, but Gibson beat me to it!

There were a lot of different types of emotions going through me and I didn't really know if I was going to survive it, but in the end, I did somehow. This story really surprised me because it was really more than sex and scenes, because it had so much raw feeling behind it.
~ Review by Kara 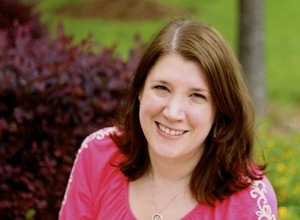 Roni Loren is the New York Times bestselling author of the Loving on the Edge novels which include Nothing Between Us, Not Until You, Need You Tonight, Fall into You, Melt into You, and Crash into You. She lives in Dallas with her husband and son. If she’s not working on her latest sexy story, you can find her reading, watching reality television, or indulging in her unhealthy addiction to rockstars, er, rock concerts—yeah, that’s it.

Email ThisBlogThis!Share to TwitterShare to FacebookShare to Pinterest
Labels: 5 Stars, Break Me Down, Loving on the Edge series, Reviews, Roni Loren