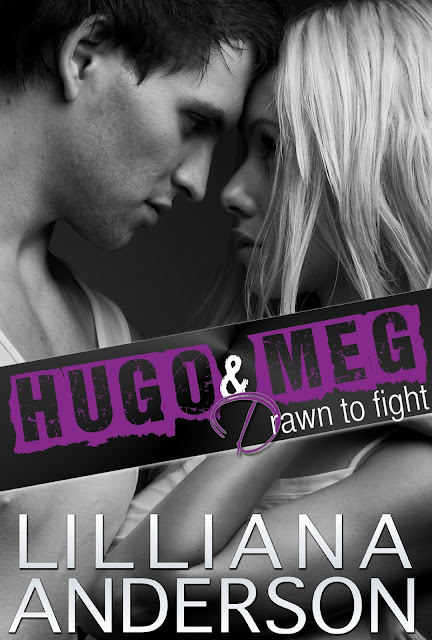 Sometimes, it's inappropriate to fall in love with a certain someone. I should know. When I met Hugo Sparks, I didn't know he was my art teacher. But, by the time we found out, it was too late - we'd already fallen. But, we did the right thing, we tried to fight it. Eventually though, we gave in. That was when my brother Zac caught us. He said it would tear our family apart - we were already hanging on by a thread. I said I was in love. He didn't believe me and did everything he could to keep us apart.

Including breaking my heart.

In return, I broke his.

My name is Meg Reid - Zac Rivers' half sister. This is a tale of hurting the ones you love, and thinking it's for the best. 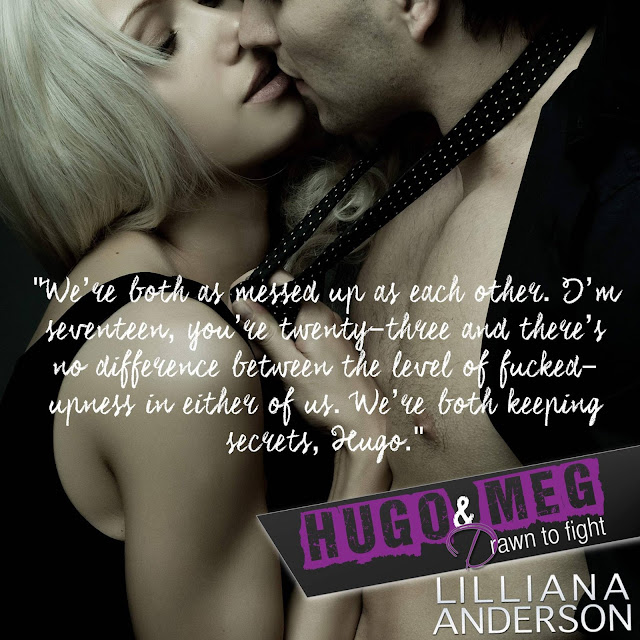 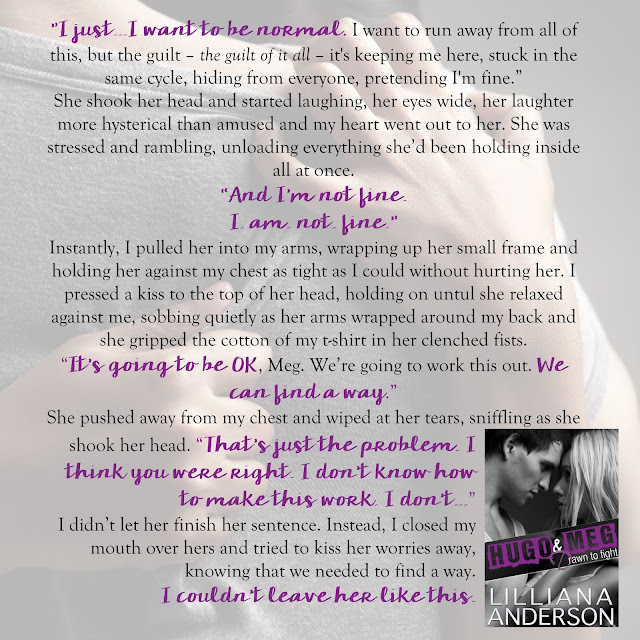 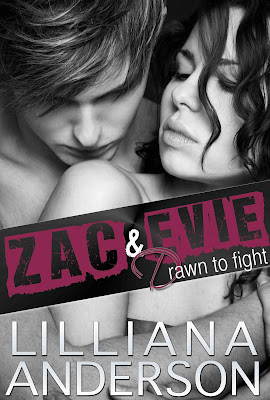 “Heads up!” I snapped my head up and saw the football just in time to lift my hands and catch it. “Thanks, sir!” A kid in year nine said as he ran toward me and took the burgundy ball from my hands. He stopped for a moment and squinted up at me, his freckled nose wrinkling as he seemed to consider something.

“Something you need?” I asked.

“You see those girls over there?” He pointed behind me toward the English building where a group of year eleven seniors were sitting and talking while looking at their mobile phones. My stomach flipped. Meg was with them, sitting close to a boy I’d come to know as Blake Ryan. He spent an enormous amount of his free time glued to Meg’s side. I needed to suppress the growl before it reached my throat each time I looked at him.

“What about them?” I asked the boy, my restraint quiet, my nerves on edge.

My eyebrows lifted and I took a calming breath. “Is that right?”

“Yes, sir. Don’t tell them I told you though. My sister will shave my eyebrows if she finds out I blabbed.”

I try not to smile at the threat his sister gave him as I pat him on the shoulder. “You did the right thing,” I said, watching him leave while I considered my options.

I could ignore it, or I could report it to the principal and let him deal with it. Or, I could confront them myself and find out exactly what they’re playing at.

Did Meg know about it? Was she involved?

Aggravation boiled below the surface of my skin and I struggled to keep my temper in control. I couldn’t lose it at school, and in hindsight, I should have walked straight past them and reported it to the principal. I shouldn’t have done what I did. But I couldn’t stop myself. It had been six months since I’d spoken to her and I was losing control. I just wanted to be near her.

“Hi Mr Sparks,” a girl called Melinda said as I approached. She assumed a stance that she obviously felt was sexy as she smiled up at me and fluttered her eyelashes. I glanced at Meg, my heart beating a mile a minute being this close to her. She looked the other way. I had to force my eyes back to the matter at hand.

“I want your phone,” I said to Melinda, holding my hand out.

“Excuse me?” The girls who stood around her shifted uneasily and exchanged glances. I couldn’t help but notice the difference between the way they behaved compared to Meg. She was so different to them in the every way…

“Give me your phone,” I repeated and slowly she placed the iPhone in my hand. It had a pink sparkly case and when I hit the home button it asked for a passcode. “What is it?”

The heat was rising in her face and I could tell that she knew exactly why I was here and she hesitated for a moment.

“Eight one two six,” she said, her voice small as she wrung her hands together in front of her.

I keyed in the code and opened the Instagram app on screen. Sure enough, there I was. They’d taken a shot of me catching the ball and posted it with the caption ‘Oh my god! Look at those arms!’

Glaring at her, I could see her cowering as I scrolled through the many photos of me. Some weren’t even at school. Some were taken while I was out running. There were even a couple taken out at Londonderry while I was fighting with my shirt off. Shit.

“Who else was involved?” I asked, my jaw set tight as I continued to scroll.

Meg had turned to pay attention to what was going on and I turned to her, my words escaping my mouth before I had the chance to think about the fact that singling her out could cause a problem. “Did you know about this?” She shook her head. And I narrowed my eyes at her. “I don’t believe you. You sit with these girls every day and you had no idea what was going on – didn’t even think to tell me that my privacy was being invaded?”

Meg opened her mouth to speak but it was that boy Blake who’s voice I heard. “She said she didn’t know, sir. I’ll kindly ask you to back off now.” He stood up and took Meg by the hand. “Come on, Meg, you don’t need this shit.” Then he led her away from the group. I stood there glaring after her, and she flashed an angry look in my direction.

“Um…sir?” Melinda’s voice broke through the desperate emotion in my mind. “Mr Sparks?”

I turned back to her and she was frowning, looking between me and Meg quizzically.

Shit. I’d just singled her out for no reason. I’m a fucking idiot.

Letting out my breath, I handed the phone back to Melinda. “Delete the account. If I find anything about it again, I’ll have you and everyone involved suspended. Is that understood?”

“Ye…yes, sir.” Melinda took her phone and I abruptly turned and walked away, hearing the quiet murmurs of the girls behind me as I headed back to oval where I was the teacher on yard duty.

When I stopped, I turned around and spotted Meg with that Blake kid. He had his arm around her and she was shaking her head with her arms out as if she was denying something. I was too far away to hear anything they said or even see their lips move. And I tried to watch without being obvious, but then he hugged her. And I stopping pretending and openly stared.

Then he kissed her on the top of her head, and I wanted to punch his face in. I didn’t want him touching her.

I didn’t want anyone touching her… 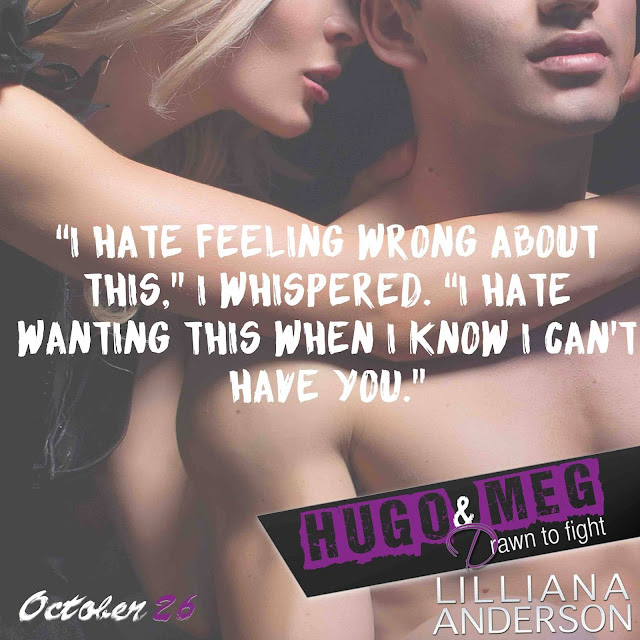 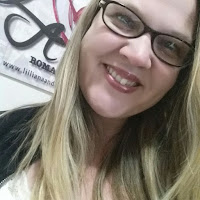 Bestselling Author of the Drawn Series, the Beautiful Series, and 47 Things, Lilliana has always loved to read and write, considering it the best form of escapism that the world has to offer.

Lilliana feels that the world should see Australia for more than just it's outback and tries to show characters in more of a city setting.

When she isn't writing, she wears the hat of 'wife and mother' to her husband and four children.

Before Lilliana turned to writing, she worked in a variety of industries and studied humanities and communications before transferring to commerce/law at university.

a Rafflecopter giveaway
Posted by Give Me Books at 11:18 am