Review - Everything I Left Unsaid by M. O'Keefe 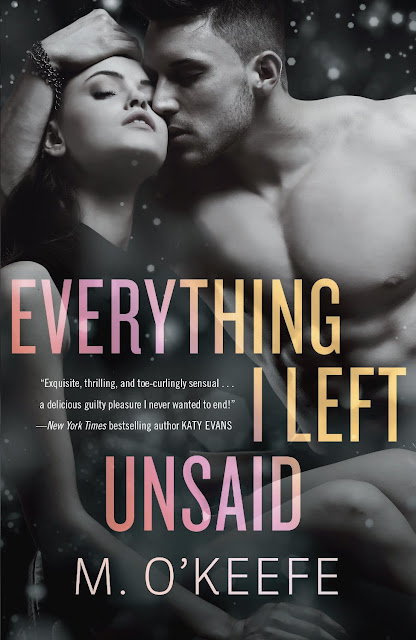 Fans of Jodi Ellen Malpas, K. Bromberg, and Joanna Wylde will be unable to resist this sexy, deeply intimate tale of a woman running from her past, and the darkly mysterious man who sets her free.

I didn’t think answering someone else’s cellphone would change my life. But the stranger with the low, deep voice on the other end of the line tempted me, awakened my body, set me on fire. He was looking for someone else. Instead he found me.

And I found a hot, secret world where I felt alive for the first time.

His name was Dylan, and, strangely, he made me feel safe. Desired. Compelled. Every dark thing he asked me to do, I did. Without question. I longed to meet him, but we were both keeping secrets. And mine were dangerous. If I took the first step, if I got closer to Dylan—emotionally, physically—then I wouldn’t be hiding anymore. I would be exposed, with nothing left to surrender but the truth. And my truth could hurt us both. 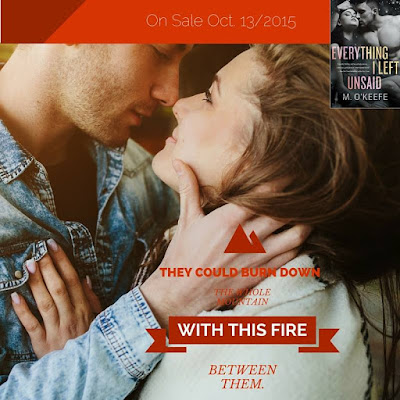 Annie found a refuge tucked away among others who quietly held their own secrets. She had what she needed for the moment—a roof over her head, a job and…peace. For the first time in a long time there was no fear but time to take stock in a place where there were no expectations. Who knew that a misplaced phone would lead to so much more…? Who was Dylan and why did he strike a chord so deeply within Annie?

“But a ten-minute conversation with a stranger and he was hard as steel. His body primed. Ready. Craving more.”

And that electricity went both ways as that initial conversation led to personal sharing and revelations that strengthened the connection. Annie was a mystery, and so was Dylan, so as they revealed more to each other I learnt more about them as well. And really began to like them as Annie emerged as a caring woman who, despite struggling herself, looked outside of herself and her circumstances to see and feel for those around her.

Dylan was harder to read, though equally intriguing, as the reason for his self-imposed exile was so unclear. And they weren’t the only interesting characters in this story, as Annie’s neighbors provided support and additional drama to the mix.

A romance that revels in sexual awakening and the need we all have for human companionship and love…. While it made me smile in spots, this engaging story had an edge of melancholy about it. It didn’t dwell in a reality of black and white but rather in the more painful realm of grey. The grey that most of us live in as we struggle through some days while also finding those blissful moments of joy. Ending in a cliffhanger that had me on the edge of my seat, I can’t wait to find out what happens next!
~ Review by Diane 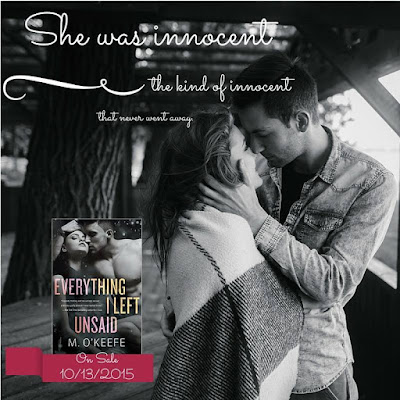 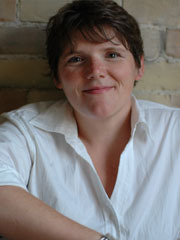 M. O’Keefe can remember the exact moment her love of romance began—in seventh grade, when Mrs. Nelson handed her a worn paperback copy of The Thorn Birds. Writing as Molly O’Keefe, she has won two RITA awards and three RT Reviewers’ Choice Awards. She lives in Toronto, Canada, with her husband and two kids.