Quinn has spent her whole life working in her dad's garage, leaving her more comfortable with a carburetor than a curling iron. Her world is turned upside down when her beloved garage is bought by none other than world famous, sexy as sin, custom car builder, Tazen Watts. He's the one man she can't stand...even though he makes her hotter than a high performance engine in top gear.

Tazen has no use for Quinn, at least not professionally, and he's making sure she knows it. But there's a spark between them that she's finding hard to ignore. She's determined to prove her talent is as impressive as her sassy mouth. When she finds out Tazen is hiding a secret that could bring down his career and everyone involved in it, she wonders: is falling for him is going to be work the risk? 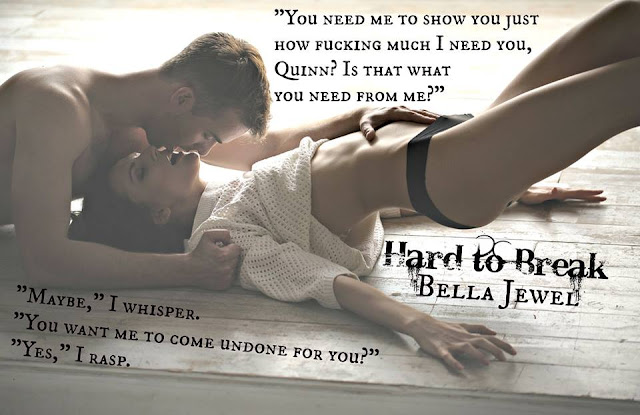 Fast cars, a woman who loves them and can fix them as well as a man, a man who builds them, and a whole lot of steam!

Quinn owns Pixie Wheels. Actually, her dad owns it, but she RUNS it. She is also a pro under the hood. When she learns just how bad the money situation is, and learns there maybe someone trying to buy the garage, her claws come out. She is determined to hold onto her dream.

Tazen, a hot shot car builder, is looking to expand his business to FL and straight into the building of Pixie Wheels. What he wasn’t anticipating was finding the owner’s daughter ready to fight tooth and nail to keep what she loves.

As always Bella Jewel has created a world into which we fall head first. The characters are fierce and dedicated to not only what they believe in, but also loyal to a fault. What they never see coming is what keeps us on the edge of our seats, flipping pages like our lives depend on it.

And the heat this book brings? Just bring the marshmallows because there will be a bonfire of lust starting. And by bonfire of lust, I totally mean they get it on and it is HOT!!!

There are so many things I want to say, and details to gush about, but that would ruin the story for you. So my piece of advice… Run, don’t walk to the nearest place of purchase and BUY THIS BOOK!
~ Review by Devlynn

Hard to Break was, for me, a totally different read and I loved it!! I keep thinking about Tazen Watts and his sexy as HELL body and cars. And Quinn, who is the perfect strong, pixie-like woman and will do anything for the ones she loves—which includes her shop. When Tazen comes barreling into Quinn’s life, it’s no holds barred, down and dirty, hot cars and hotter men fun!

This is part of a series of standalones and for the first time I found myself wanting MORE! More Tazen and Quinn. More about the guys at the shop and what happens both before and after! The characters are so fun that I’m having a hard time walking away from them!
~ Review by Heather

I am really enjoying this new series that Bella Jewel has come up with. I am intrigued by the women in men’s roles and in Hard to Break we get to see Quinn as a mechanic.

Quinn grew up working on cars. She runs her father’s garage when he is no longer able to. She has a wonderfully loyal team working with her and helping her through life and the tough times. However, a wrench is thrown into her plans when her garage gets sold out from under her.

Tazen Watts is a huge star in the car world. Everybody knows him and his work on custom cars. To him, business is business and he wanted that garage.

However, the connection between Quinn and Tazen is instant, even though neither of them wants to admit it, especially with the way they met. It doesn’t stop them from noticing one another.

“Skilled, mechanic hands. I shudder. That’s so damned hot it makes heat rush between my legs. There is nothing better than watching a man under the hood of a car, working with his hands.”

Especially when that man is Tazen; a hot, muscled mechanic who sure knows how to use his hands, not only on cars, but on a woman as well.

The banter between Tazen and Quinn is funny. I loved how feisty Quinn is and how much she challenged Tazen. And when they finally give in, it is hot!

“Need you, baby, you have no fucking idea how much I need you right now. I’m going to bend you over Trent’s old Mustang and fuck you so hard you’ll forget your own name.”

I am a huge Bella Jewel fan and yet again she didn’t disappoint. I thoroughly enjoyed this story and look forward to the third in this series!
~ Review by Tiffany 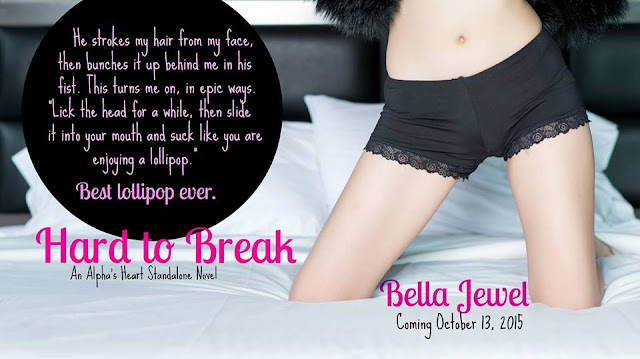 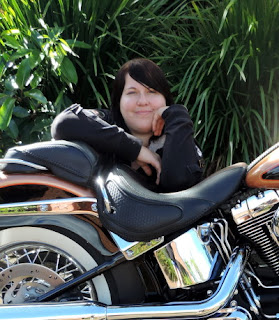 USA Today bestselling author Bella Jewel is a fun loving Australian who lives with her husband and two playful daughters. She's been writing since she was fifteen, and has written a broad range of stories, with wild characters ranging from bikers to pirates. When she's not writing, she's kicking about on dirt bikers or riding horses. Bella has many more books planned for the future.