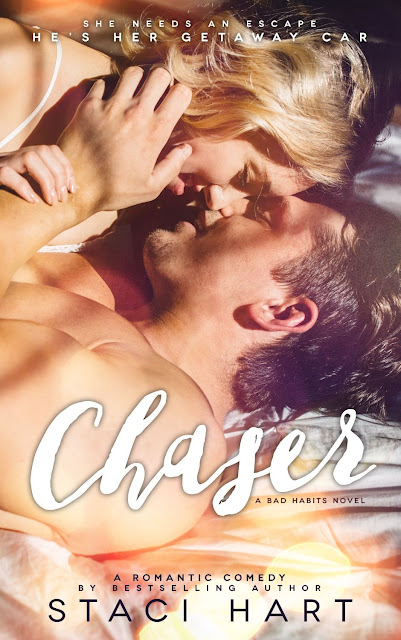 Everyone knows you should never say never.

Cooper Moore never saw Maggie Williams coming. She was just his best friend’s little sister, the curly-haired, freckle-faced girl from Mississippi who was absolutely off limits. And he never thought about her any other way — not until he saw her that night, broken and brave. From that moment on, he knew he’d do whatever it took to protect her, even if it meant he had to stay away.

Maggie never expected to find her fiancé banging her maid of honor an hour before she was set to walk down the aisle, but life’s funny that way. The only option to save her sanity is to get the hell out of Jackson and move to New York where her brother lives. The only downside: Cooper is there too. And she just doesn’t know if she can stay away from him — the filthy rich, dead sexy playboy who’s allergic to commitment.

The second Maggie sees him again, she realizes he’ll be impossible to resist. Luckily, commitment is the last thing on her mind, and Cooper is the perfect escape. As long as she can keep her heart in check, everything will be just fine. Because she can never have feelings for him. Or at least that’s what she’ll keep telling herself.

Chaser is a standalone romantic comedy and book two of the Bad Habits series. 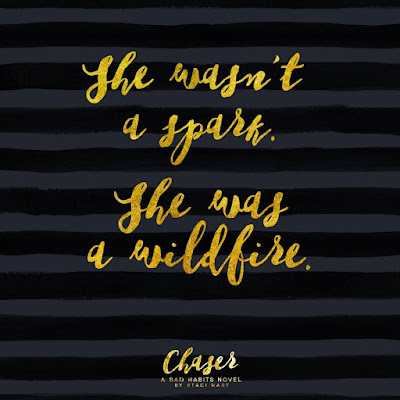 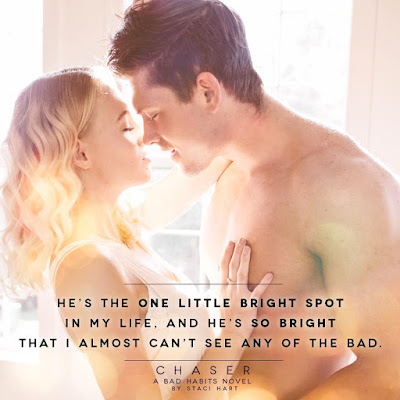 Listen. You need this book in your life. I tried to come up with a cute and clever way to say that, but it kept coming out as gibberish and emojis, and I realized there's no other way to say it. You NEED this book. But, just so we’re clear, you can't have Cooper because I licked him all over and he's mine forever. You know how sometimes a new book boyfriend comes along and puts all your other book boyfriends to shame? Right. I present to you...Cooper Moore.

We first met Cooper and Maggie Williams in With a Twist. Cooper is West's best friend and Maggie is West's little sister. That, right there, is the juicy, delicious, utterly irresistible hook. But Maggie is broken—in the way that a woman would be broken after catching her fiancé balls deep in her childhood best friend on the day of their wedding. She's not in the right headspace for a relationship. She’s barely in the right headspace to function as a normal human being.

She allowed Cooper in as a temporary distraction, a ‘hook-up’—holding him to several “rules" to keep her battered heart safe from further damage. It's a pretty sweet set-up for Cooper—all the sexy times, none of the commitment. Until he realizes that it's not enough, that he hates “the rules” and that he’ll do whatever he can to show Maggie that there’s more to this thing they have together than simple booty calls and casual sex.

Cooper and Maggie are just…perfect together. I loved their scorching physical chemistry and their playful, flirty banter. I loved how they handled each other tenderly and carefully—even when they went off the rails. Especially when they went off the rails. Cooper, with his deep dark secrets—and OH MY GAWD! For real, Cooper's deep, dark secrets might just make him one of my favorite book boyfriends of all time, you guys—playboy reputation and devil may care attitude is the last guy anyone expected to grow up and take responsibility for his life and take care of his woman. Watching him do so is…it’s dreamy. It’s swoony. It’s wonderful. I mean, is there anything sweeter than seeing a man like this brought to his knees by an everyday, chucks and jeans, all American girl? (Hint: No, there isn’t.)

Maggie finds herself on quite a journey here, healing and growing and learning to trust herself again. She’s sometimes frustrating, but knowing that her head and her heart are basically starting from scratch after her devastating wedding day—she’s never annoying or immature. She’s just…lost. And it takes a village to help her find her way again. Cooper, West, Lily, Rose, family and friends from home all play a pivotal role in her story arc and it’s heartwarming and emotional, and lovely to read.

Everything just works here. Maggie and Cooper are brilliant together despite all the things keeping them apart (her shattered heart and overprotective/overbearing older brother to name a couple). The genuine affection and camaraderie of this group of friends (some of the sweetest scenes involved the interactions amongst friends—so authentic and touching). I can't say enough good things about this series, and this book in particular has just completely won over my heart.

If you’re looking for something swoony, sexy, and sweet (with just a smidge of fairy tale thrown in for good measure) then you need this book!
~ Review by Shelly

Ummm, you all have NO IDEA how bad I wanted this book. Like, super bad. SUPER BAD, Y’ALL. And then, it was there on my Kindle and I was over here like *flails* OMG! FINALLY! YAY! OMG! COOPER! MUST. READ. NOW! And so on…

It only took one glimpse of Maggie Williams, cracked and burned, broken and so beautiful, for Cooper Moore to know he wanted her—and wanted to protect her. Even if that’s so not his style.

For Maggie, fleeing Jackson for New York City, and the love and protection of her brother and his friends, seemed like the only choice after the ultimate betrayal—her fiancé, her best friend, her wedding day…

Mags isn’t looking to enter another relationship, and besides, Coop is living The Life, and the word ‘girlfriend’ simply isn’t in his vocabulary. A casual hook-up seems like the answer to the burning attraction between them, except there’s one problem…

Her heart.
His desire.
Her brother.

*Sigh* So, I’d be sitting here, reading Chaser thinking...this, right here, when this group of friends is all together, bantering and being effortlessly cool, is the best part of this book. What gives it its heart and soul, and a playful vibe that can so easily turn into something that makes your heart pound. That can stun you like a swift punch to the face...*ahem* Nope, not saying anything else about that.

But then Maggie and Cooper would be together, alone, all swoony-perfect and panty-melting sexy, and I’d start to second guess myself. Because Cooper Moore—be still my beating heart. I honestly didn’t think Staci Hart would be able to top *MY* West after the excellent, still-gives-me-the-flails With A Twist, but Coop … Sweet baby Jesus in a basket, Coop comes SO damn close. I love this guy, with his hidden layers (Batman, anyone?) and his insatiable need for one Maggie Williams. I kinda ached inside for him—a man that seemingly has it all, but is really just a little bit lost in the big, bad world that makes up The Life. And seeing him with Maggie, as he’s trying to figure shit out, had the potential to completely overshadow the moments with all the Habits crew…even if only briefly. Only, they didn’t. They worked together to make this book a fun, charming, well-rounded, complete read.

I loved reading Chaser, although admittedly not with the same intense passion with which I loved With A Twist. Oh, don’t get me wrong, I adored this best friend’s little sister romance—one of my FAVORITE types of romance in the history of ever—but it was more of a slow burn for me, even if it wasn’t for these characters. Chaser’s charm just took a little longer grab hold of me, and the laughs were a different kind of funny. This couple was different, but damn, isn’t that what we all want when reading? The best parts of a book you love—banter, familiar, loved characters, humor, oh-my-god sexiness and an ending that makes your heart flutter—but with a new twist to make it something unique. And that’s about the gist of my experience with Chaser.

I absolutely opened this book with sky high expectations, and more than my fair share of crazy-assed excitement, and I wasn’t let down. All my flailing and fan-girl jonesing was worth it—and will now be directed at Tricky’s book, which honestly, can’t land on my Kindle soon enough…
~ Review by Beth 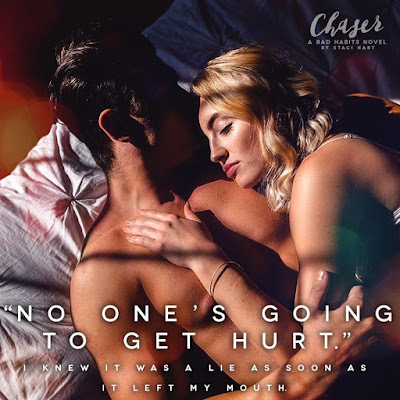 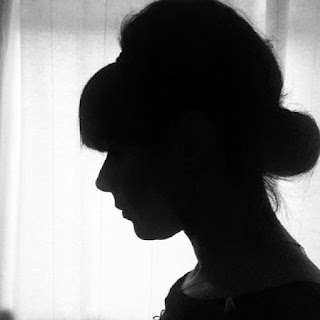 Staci Hart has been a lot of things up to this point in her life -- a graphic designer, an entrepreneur, a seamstress, a clothing and handbag designer, a waitress. Can't forget that. She's also been a mom; she has three little girls who are sure to grow up to break a number of hearts. She's been a wife; even though she's certainly not the cleanest, or the best cook. She's also super, duper fun at a party, especially if she's been drinking whiskey. Her favorite word starts with f and ends with k.