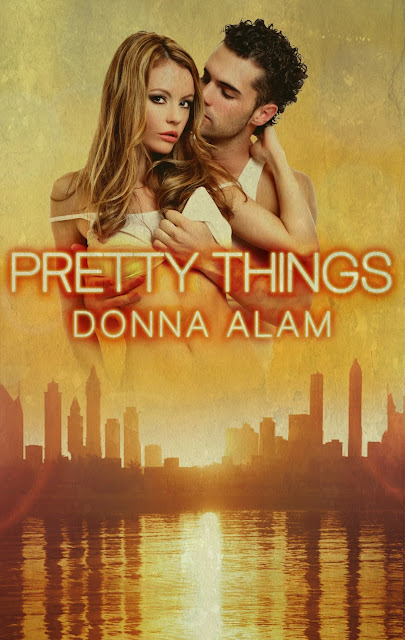 If a little trouble only makes for a good time, Kate and Kai should be having a blast . . .

Kate Saunders didn’t believe in happy endings, especially after finding her fiancé between another woman’s thighs. So when she met Kai, she was sure he’d be nothing more than a hot one night stand. Charismatic, dominant and dirty mouthed, Kai wasn’t supposed to be her Prince Charming. Maybe more her Mr Right Now. Against her better instincts, she’d fallen in love.

Kai makes a little wrong look a whole lot of right, but he’s learning that good looks, charm and a talented tongue don’t always get you what you want. Wealth, privilege and family are sometimes their own bonds.

It’s not a forbidden love, but it’s a troubled one. One that might force Kai to reveal his not so pretty side . . .

Join Kate and Kai in Australia as they embark on the final leg of their journey in the heart-pounding, seat squirming, and hilarious conclusion to the trilogy. Lies, secrets and shocking truths will be revealed as they discover the destination isn’t always the most important part of the journey. Sometimes the best bits are just where you get off.

My breath halts as he moves my underwear aside, his fingers dipping into my wetness and parting me. His mouth is like an arrow, and my centre its bullseye; one brush of his tongue against the swollen point of my clit and I’m ready to come undone, almost immediately.

Soft words blow over my heated centre as he whispers how good I look, splayed out, all twisted with need. How delicious I taste. How he can’t wait for me to come on his tongue.

Kai slides my legs wide as he lifts me to straddle him, my hand slipping between our bodies to direct my descent. His eyes close as my body accepts him, and as he fills me, my moan is long and soft, as though the presence of him inside has expelled all the air from my chest. Kai’s hands are against my hips and he’s completely still, his expression one of agony and ecstasy: a look that’s almost bittersweet. 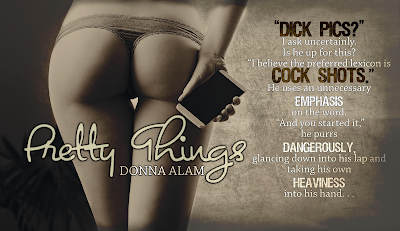 Kai and Katie are back for the final book of the trilogy.

After the ending of the last book (CLIFFHANGER!!), we start back right where we left off, in the midst of drama. I really don’t want to get into the story line because if you have read this far in the series, you will want to find out how it ends all on your own!

I really loved the story of these two. They are so very different than most characters and have all sorts of problems I will never experience, but it only added to the story. This book takes us all over the globe and to places many of us readers will never get to experience on our own. The author describes things in a way that make you feel as though you are there also.

There are some parts of this book that seem a little rushed or condensed at times—I think there were a few scenes that could have been extended to make the story flow a bit better. However, I still can’t wait to see what this author has in store for us next!
~ Review by Devlynn

Donna Alam writes about exotic locations and the men you aren't married to, but wish you were. Escapism reads with heart and humour and, of course, plenty of steam.

Hailing from the North of England, she's a nomad at heart moving houses and continents more times than she cares to recall. She once worked at a school like the one described in her Pretty Trilogy. Alas, there were no handsome male protagonists hanging around there.

Eclectic reader and part-time perv, she's a huge fan of smart men, as well as protagonists with a fair measure of inappropriateness.

Posted by Beth Cranford at 5:34 pm