Review - The Billionaire Takes a Bride by Jessica Clare 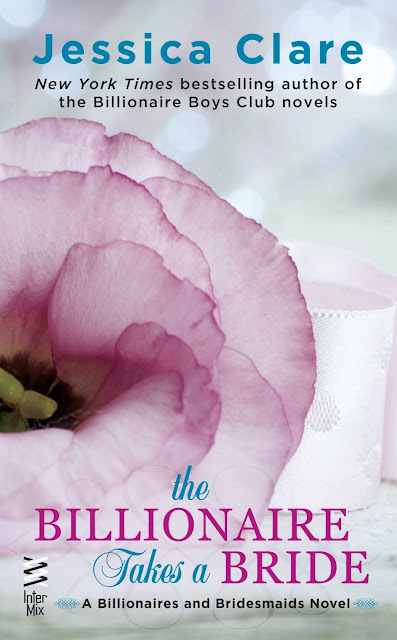 A lie turns to love in the latest novel from the New York Times bestselling author of The Taming of the Billionaire.

Billionaire Sebastian Cabral loves his family, he just doesn’t love their reality TV show, The Cabral Empire. So when his ex-girlfriend tries to rekindle their relationship on camera, Sebastian decides that drastic measures are in order.

By day, Chelsea Hall is a happy-go-lucky, rough and tumble roller derby skater. By night, she’s still living in fear of her past. Most of all, she just doesn’t want to be alone. And she really, really doesn’t want to date.

So when their mutual friends’ upcoming wedding turns Chelsea and Sebastian into fast friends, they realize they can solve both of their problems with one life-changing lie: a quick trip down the aisle.

But with one kiss, Chelsea and Sebastian suddenly realize that their pretend relationship is more real than either of them expected… 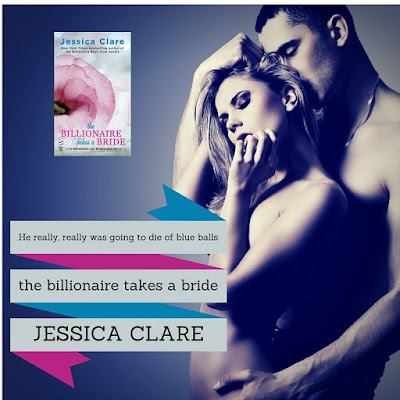 Billionaire Sebastian Cabral is used to crazy. Some days he thinks his family invented the term ‘family drama’. While he loves his family, he doesn’t love their scripted reality show, The Cabral Empire, and he does whatever he can to stay out of their “phony” drama and out of camera range. But this year, his mother has an idea to draw in the ratings…rekindle the relationship with his attention whore ex-girlfriend.

Chelsea Hall is an enigma. By day, Chelsea is a specialty soaps designer, by night, she's a rough-and-tumble roller derby skater. But Chelsea lives in fear of her past, to the point where she doesn't want to be alone but more than that, she doesn't want to date. She lives in her cocoon of protective friends.

That is, until Chelsea and Sebastian are paired up at Chelsea's dear friend, Gretchen’s wedding. An instant attraction for Sebastian, and an instant feeling of comfort and safety while with him, lead Chelsea and Sebastian to take a quick trip down the aisle. The quick wedding was supposed to be a temporary fix, but will it turn into something real for both of them?

I loved this book! The relationship between Sebastian and Chelsea is adorable. Sebastian is just trying to make a name for himself—separate from his family, and separate from his “billionaire” status. Chelsea is a bit of a split personality—undeniably strong as her roller derby alter ego and fragile as herself. But Sebastian sees both pieces of her and he's finding himself unwilling and unable to stay away from her. And the antics of Sebastian's family with and without the cameras are pathetically hilarious.

While this is book three in the Billionaires and Bridesmaids series, it absolutely can stand alone, and I think it's the best of the series so far.
~ Review by Missy 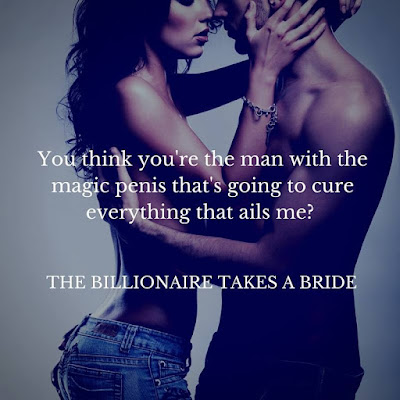 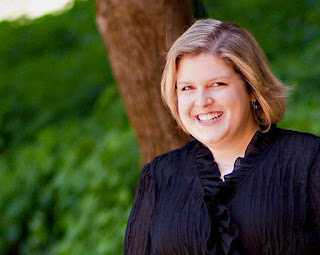 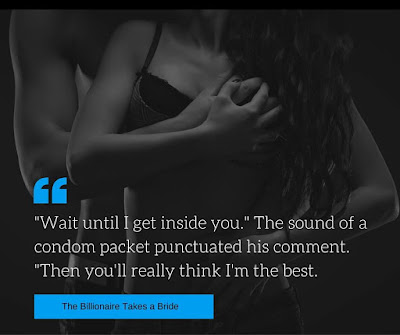