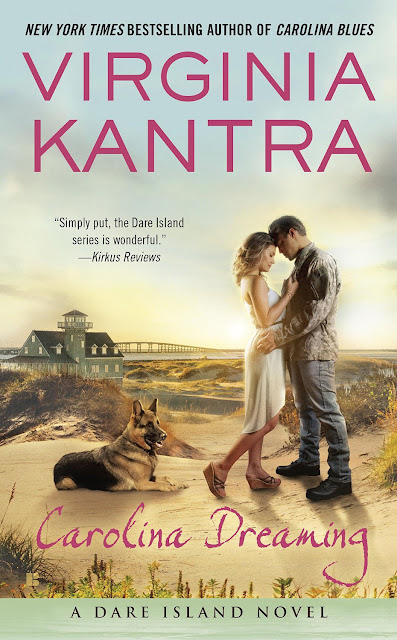 When it comes to love, anything can happen on Dare Island—especially in this latest novel from New York Times bestselling author Virginia Kantra.

After escaping a disastrous marriage, bakery owner Jane Clark has convinced herself that she has everything she needs—her precious son, a thriving business, and a roof over her head. But the arrival of a handsome stranger on the island shows her exactly what she’s been missing...

The only home Gabe Murphy ever had was the Marine Corps. He's working hard to rebuild his life. It will take a special place, and a special woman, to make him want to stay.

Now Gabe is determined to prove that he's worthy of Jane’s trust—and her love. But when her past reappears, that trust will be tested, and Jane and Gabe will have to fight hard to hold onto their love and make their dreams a reality...

This was part of a series, and I read it as a standalone. It works beautifully as a standalone, but I loved it so much I will definitely be adding the earlier books to my TBR pile.

Gabe was a man with a major chip on his shoulder. He's spent his life helping people in some fashion or another, and spent most of it not only unrewarded for his actions, but often shunned or ever prosecuted for them. He's not so much a broken man, just not an optimistic one. Heading into town to see an old friend, he starts the book as a drifter, with no purpose.

Jane is a woman burned. She has seen the dark side of love, and knows how difficult it can be to remove herself from its snares, so she's cautious. She's not stupid, or in denial, however. When she wants something she has the sheer determination to make it happen. And she wants Gabe, even if only for a short time.

Enter my weakness. Jane has a son, who is struggling with issues mostly caused by a shitty father. He meets Gabe and finds a kindred soul who he immediately clings too. I think Gabe might have fallen as hard for this boy who looked up to him as he did for his mother. Oh, the feels. The swoons!

The other characters were such an integral part of this story line as well. Jane's tough as nails police father, who dislikes the mere idea of Gabe from the beginning. What was beautiful was Gabe's reaction—he didn't take offense, he didn't put on airs to try to prove him wrong. He just accepted the man's dislike as his lot in life, and continues being his usual wonderful self. Helping others, working hard, loving the community he found himself a part of. I loved it!

There was a funny and sweet secondary romance going on in the background with Jane's father, and that was perfect. Seeing such a gruff man shed his tough skin and allow himself to feel, to open up, and to *gasp* change! Perfection. There was a lot of steam building up in these pages, and perhaps the sexiest dessert scene I've ever read. This was a one-sitting read for me, absolutely captivating and delightful. This is an author I definitely plan to read more from.
~ Review by George 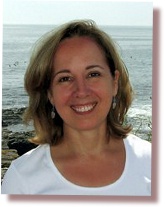