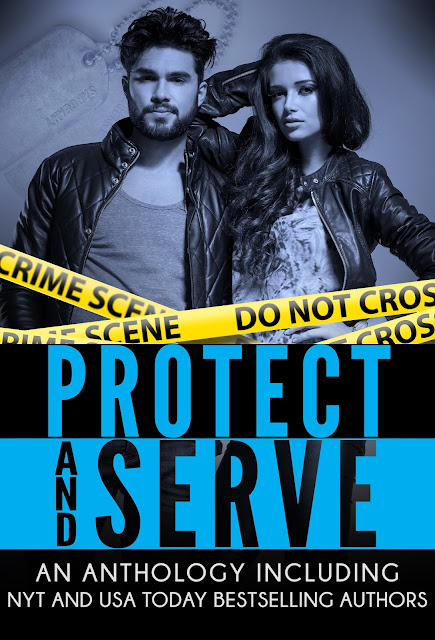 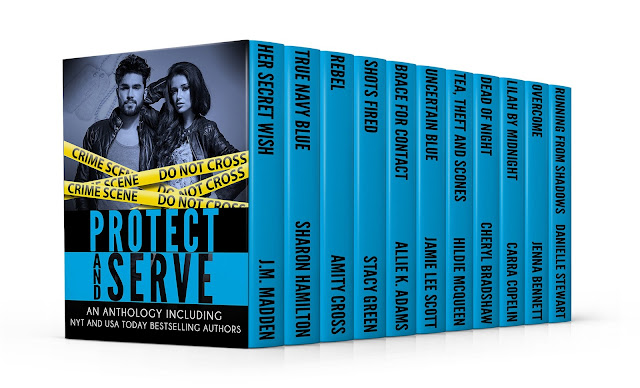 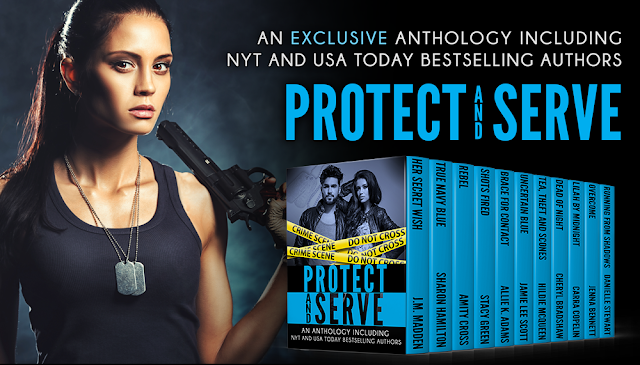 J.M. Madden - Her Secret Wish
Rachel Searles, a former Marine Pilot, normally did the rescuing, so she’s a little off balance when Denver PD officer Dean West comes to her aid in a crash. He’s incredibly handsome, seductive and threatens all her natural defenses.
Dean West is intrigued by the warrior woman with pain in her eyes. As she adjusts to her new life, he wants to be a part of it. Will he be able to surmount her fears and convince her to take a chance with her heart?


Zak Chambers grows up in the shadow of a home grown hero he’s always being compared to. But even heroes can be unlucky, and when the legendary SEAL sacrifices his life overseas, Zak is moved to follow in his footsteps.

His fast and furious fling in high school, Amy Dobson, is still the wild child daughter of the local Chief of Police, doing her best to excise her demons by partying with half the male population of their town. She barges back into his life and Zak finds he is powerless to resist her. They explosively reconnect one last time before he ships off to the Navy.

But will it be enough to save her from terrorists and for a happily ever?

Amity Cross - Rebel
(A Men of the Underground Novella)
Kane “Rebel” Sturgess is the newest fighter at The Underground, an illegal cage fighting racket that’s bad news…and big money. He’s set to make his fortune with the only thing he’s ever been good at. Fighting dirty.

He’s got no job, no family, no ties and this is his ticket to an easier life. Winning a Championship in this place could mean better and more honest things for a guy like him.

Enter Charlotte “Charlie” Croft, undercover detective with the Victoria Police, tasked with bringing an end to The Underground. She’s got her work cut out for her considering most of her fellow cops are taking bribes on the side from the ringleaders. The only chance she’s got is if she heads in undercover and immerses herself in the life. She needs to get close to her targets, collect evidence and pounce…all without being found out.

What she doesn’t expect is to fall for one of the fighters. A handsome, dangerous, bad boy with a rap sheet longer than War and Peace. A fighter who goes by the name Rebel.

There’s only one thing he’s interested in cracking, and it isn’t The Underground. It puts Charlie in an impossible position and she’s got to make a choice before she winds up in a body bag.

Her heart or her career. She can’t have both…or can she?


Cage Foster is finishing up a long shift as a criminal investigator for the Adams County, Mississippi's Sheriff department. He's eager to go home to his fiancé and new baby when a report of shots fired at a friend's historical antebellum home changes everything.

When Cage arrives at Magnolia House, he discovers a victim on the front lawn and realizes his friends are still trapped inside. A domestic dispute between two guests has gone horribly wrong, and the hostage negotiation team won't arrive before the situation explodes.

With time running out, Cage must sneak into the house through the long forgotten tunnel once used to shuttle slaves back and forth. Once inside, his only hope is a surprise attack, but the old house has tricks of its own.

Will Cage be able to save his friends, or will he become yet another victim of a furious husband hellbent on punishment?


When he was just a kid, Dane Briggs spent his summers in Uncertain, at his uncle's house on the lake. Now he's back in Uncertain, as a rookie cop. During his first week on the force, he's reunited with his childhood crush, Claire Hamilton. She's one of the people arrested during a drug bust. Dane feels a sense of responsibility he can't explain, and wants to save her. Can Dane save someone who isn't ready to be saved?

As an agent in the State Bureau of Investigation’s Narcotics Unit, it’s Norman “Nash” Ashford’s job to track down the drugs destroying his city and get them off the street. He’s one of the best narc agents the SBI has. Even with his talent at tracking, he’s never been able to find the one that got away—the brightest star to have ever blinded him. Nash has been trying to track her down ever since she walked away half a decade ago.

TREX Cadet Michaela “Mike” Starr is pulled from training on a matter of national security. Her ex-boyfriend has intel vital to the success of a find and is refusing to deliver, so TREX sends her in to persuade him to divulge his source. The man she ran away from is now her target.

Coming back is a whole other story.

Nash and Mike must work together to overcome their past, all while trying not to make the same mistakes. Instead, they make all new ones. Will they get it right this time?


Random thefts are rampant in Whisper, Georgia and Abbie Adams, the owner of Sweet Magnolia Tea shop decides to step in and help investigate. After all with the Whisper Festival about to take place, the town doesn't need this hanging over their collective heads.

It's more complicated than she expects, as everyone seems to be hiding something. From the new hunky veterinarian to the town's mayor.

Just as Abbie gets closer to solving who the random thief is, she becomes the prime suspect.


On the outside, the Bancrofts are an ordinary, squeaky-clean family. No frills. No scandals. When matriarch June Bancroft is fatally stabbed after a weekly Sunday dinner, all eyes are on her daughter-in-law Wren who was seen fleeing the house with the bloody knife. Is Wren really the killer, or is a dark, scandalous family secret to blame?


Lilah Canfield has one last chance to save her career as a country music performer with a performance at Billy Bob's Texas in Fort Worth. Bad thing is the worst snow storm in a century has hit the Texas Panhandle making passage on the highways dangerous at best and closed at worst. When her motor coach slides off the road into a snow bank outside her hometown of Mistletoe, Texas, will Lilah make her gig and save her career? Or will she give it all up for a second chance at love?

Two years after the death of his wife, Sheriff’s Deputy Jack McCommas is ready to move forward for himself and his eight year old daughter. When he and a friend stop to help the folks in a stranded motor coach, he can't believe Lilah Canfield's standing in front of him and is literally shocked to realize the old spark is still there when they touch. He uncovers a plot to sideline Lilah’s career and realizes he has a dilemma. If he solves the mystery and she chooses her music, will he be able to let her go a second time? Or will he try to convince her to stay in Mistletoe?


The last thing Carmen Fuentes wants, is another encounter with a rapist.

She couldn’t get away from Key West fast enough after the trial of Stan Laszlo. Attending the Miami Police College gave her time away from her hometown—away from the stares and whispers, from the pity and the people who thought she’d probably done something to bring it on herself. It also gave her a chance to get on her feet again, to find purpose to her life and some meaning in what happened to her.

But when she envisioned a future in which she helped catch other predators before they could hurt other women, she’d seen herself doing it from a safe distance, behind a desk at the Key West Precinct. Not dressing up in the kind of skimpy outfit she hasn’t worn since before the trial, and hitting the Miami nightspots trying to catch the attention of a serial rapist preying on young Hispanic women.

Yet that’s exactly what Detective Will Murphy offers. A chance to help catch a sexual predator, and to prove—to Will and herself—that when she took the oath to serve and protect, she wasn’t just mouthing words.

But can Carmen handle another encounter with a rapist? Can she trust Will to have her back? And can she put the past behind her and move toward the future, a future that might include Will?


As hard as he tries, Roark Miller can’t forget the cases he worked as a homicide detective in Detroit. The haunting images are blazed into his mind. When he crosses paths with a victim ten years later, the details of her beating and the murder of her boyfriend come crashing back to him. Now Demi's life is in danger again and Roark must act fast to save her from a past she’s not willing to admit even exists. She can’t face the truth and he can’t stop hunting for answers, but their love might be the only thing to keep them both alive.
Connect with Danielle Stewart
Website / Facebook / Twitter 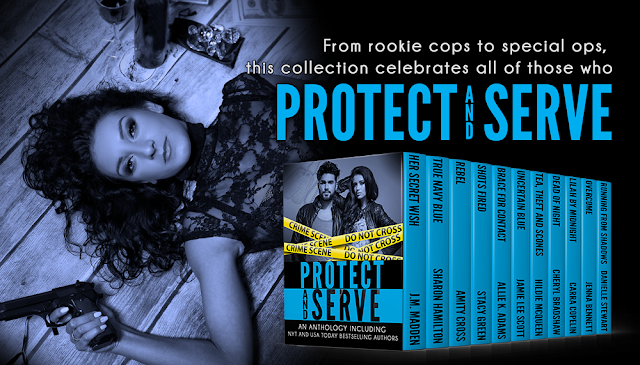 a Rafflecopter giveaway
Posted by Give Me Books at 1:50 pm