Review - Even Vampires Get the Blues by Sandra Hill 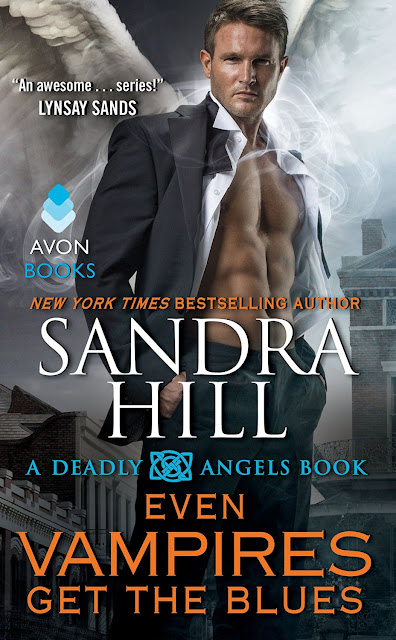 New York Times bestselling author Sandra Hill delivers a sizzling new entry in her Deadly Angels series, as a Viking vangel's otherworldly mission teams him with a Navy SEAL who's more than his match— she's his predestined mate...

The fact that vampire angel Harek Sigurdsson was a Norseman in his mortal life doesn't make thawing out after exile in Siberia any easier. But things heat up when his search for evil Lucipires connects him with Camille Dumaine, a human who thrums with sensual energy that can mean only one thing: she's the mate Harek's been seeking for centuries...

The SEALs call her "Camo" for her ability to blend into a crowd—yet Harek's intense blue gaze singles Camille out like a white-hot spotlight. The security wiz was hired to help bring down a ruthless band of international kidnappers, but Camille senses an unspoken agenda—besides Harek's bold declaration that she's his "destiny." Just Camille's luck that the sexiest man she's ever met may also be... a vampire!

Angels, Vikings and vampires never were so sexy...

I fell in love with Sandra Hill’s Viking series years ago so I was definitely intrigued to see a new series about Vikings with a vampire slant. Intrigued and a bit skeptical, I must admit. I’m only now getting used to fusion stories–stepbrother shifters, cowboy bikers, billionaire aliens–but I should be ready for vampire angels, vangels. As it turns out, I definitely am!

Introduced to Harek Sigurddson in 850 AD, the story quickly moves to present day. Harek was a leader, a warrior and a rich man in in the first century and not much has changed now other than the computers he loves to tinker with. It was all about the money for him and, even though he tries to hide it, that mind-set is still the same.

“He shrugged. “I am a Viking. Even after all these centuries, a Viking is a Viking.”

And so he is, deliciously so. Harek meets his female match in Camille Dumaine. They are both physically fit (for a computer geek he holds his own), extremely intelligent and yet completely ill-prepared to meet their “match” as they work together on a cross-agency mission. SEAL or WEAL, human or vangel, would love be more dangerous than the opponent they are after?

As always, the first thing that strikes me is the wonderful humor that colors the conversations and inner monologues of all the characters. Self-deprecating, slap-stick or sarcastic, I laughed out loud often at the things these characters came up and out with. And the poetry is so lyrical…

It may not be Browning but it fits right in this rollicking romp of angels, sexy vampires/Vikings and, as always, love and family. Camo and Harek make for a lively couple as they come together despite objections all around. Hard to argue with an archangel but they do a great job even as they aren’t entirely convinced they can make a go of it given their differing, um, circumstances.

Sweet, sexy and fun, I will definitely be catching up on all the Sigurddson brother’s stories!
~ Review by Diane 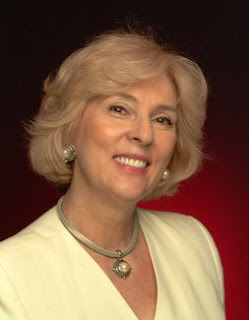 Sandra Hill is a graduate of Penn State and worked for more than ten years as a features writer and education editor for publications in New Jersey and Pennsylvania. Writing about serious issues taught her the merits of seeking the lighter side of even the darkest stories. 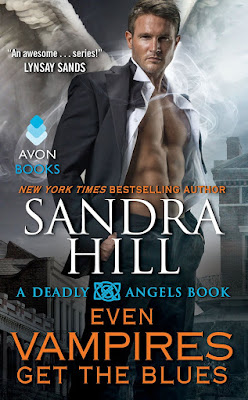