Review - The Prince and I by Karen Hawkins 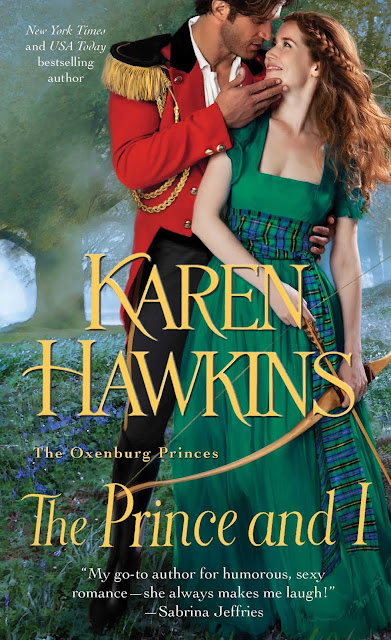 An enchanting, sexy and witty Scottish historical romance from New York Times bestseller Karen Hawkins. Fans of Julia Quinn, Monica McCarty and Julie Garwood will fall under the spell of this glittering romance.

Never cross a Scot. Never steal from a warrior prince. And never underestimate the power of passion.

Lady Murian MacDonald Muir seeks revenge against the evil earl who murdered her husband and stole his birthright. She and her band of loyal retainers waylay the earl's wealthy guests to gain entry to Rowallen Castle - a master-plan working splendidly until she stops the golden coach of Oxenburg's warrior prince.

Gregori Maksim Romanovin is in Scotland on a critical diplomatic mission. Held at swordpoint by a 'man' dubbed the Scottish Robin Hood the battle-savvy prince senses something's amiss. Furious at her escape, he vows to track down the red-haired vixen.

But once Max hears Murian's tragic story he resolves to assist her - and a fiery battle blazes. Soon Max must determine where his loyalties lie: to his royal duties, or the spirited woman who has stolen his heart.

A real lady is never afraid to cause a ruckus! Scottish gentry, Russian royalty and a story that had me cheering for them all.

Wrongly stripped of her home, Lady Murian MacDonald Muir was interested in two things. First, regain her rightful home and the home of the people who served, and loved it, so well. Second, achieve the first by ensuring the villain who caused it all paid for what he did. Even if that meant being a prickly thorn in his side and his wallet. If his party guests got in the way, well, collateral damage.

Gregori “Max” Romanovin was a soldier and used to defending himself. Finding himself in the middle of a feud he didn’t really care about, he became much more interested when he realized Murian was the ‘bandit’ so highly sought after.

I love this author and her ability to take me back to the Scottish highlands of centuries ago so easily. The characters she creates, and the situations they find themselves in, are incredibly relatable even if their circumstances couldn’t be further from my own. High drama, for sure, but at the heart of it are always real people and honest situations that feel so normal, even if they happened hundreds of years ago. I mean, who doesn’t think everyone needs a cranky, but lovable, granny in their lives?

Murian is young but has already suffered devastating loss. She is not going to just quietly take it though. She is going to fight with whatever means she can—a true Scottish warrior, if a pint-size version. Max is an unexpected supporter, especially given their unusual introduction. Talk about first impressions!

A soldier and a female Robin Hood make unlikely partners but they go together like heather on the highlands! Funny, steamy and enough adventure and intrigue to keep things interesting from start to finish. Och, I looved it!
~ Review by Diane 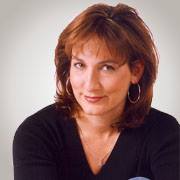 Karen Hawkins is a USA TODAY and New York Times bestselling author of some of the funniest and freshest fairytale-based Scottish romances. When not stalking hot Australian actors, getting kicked out of West Virginia thanks to the antics of her extended family, or adding to her considerable shoe collection, Karen is getting chocolate on her keyboard while writing her next delightfully fun and sexy historical romance!

Posted by Beth Cranford at 6:30 pm

Email ThisBlogThis!Share to TwitterShare to FacebookShare to Pinterest
Labels: 4 stars, Karen Hawkins, Review, The Oxenburg Princes series, The Prince and I