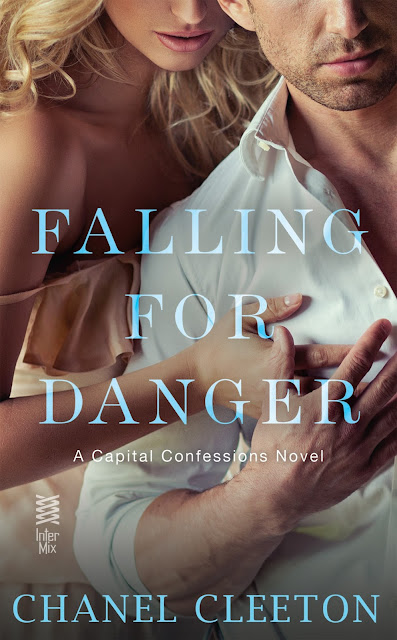 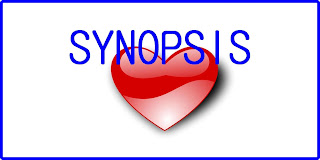 Calling fans of Scandal, House of Cards, Kristen Proby, and Monica Murphy - prepare to be addicted to the Capital Confessions world of love stories, seduction, secrets and lies...

Welcome to Washington, D.C., city of scandal, where no secret stays hidden for long...

Four years ago Kate Reynolds' fiancé died on a Special Forces mission in Afghanistan. Ever since she's been consumed with uncovering the truth, vowing to prove his death was no accident. The daughter of a notoriously high-profile senator, her new job as a CIA political analyst is a dream come true, and the chance to avenge the man she loved and lost.

Soon Kate's on the brink of discovering what happened that fateful night. Her own life is now in danger and she's stunned by the man who comes to her rescue. Together they must fight to stay alive as they're dragged into a corrupt world of secrets and lies. When the threat hits terrifyingly close to home, will Kate choose vengeance, or the man who has ignited a fire inside her she thought would never burn again?

Want more sizzling chemistry and scandalous action? Don't miss Books One and Two in the Capital Confessions series, Flirting With Scandal and Playing With Trouble. 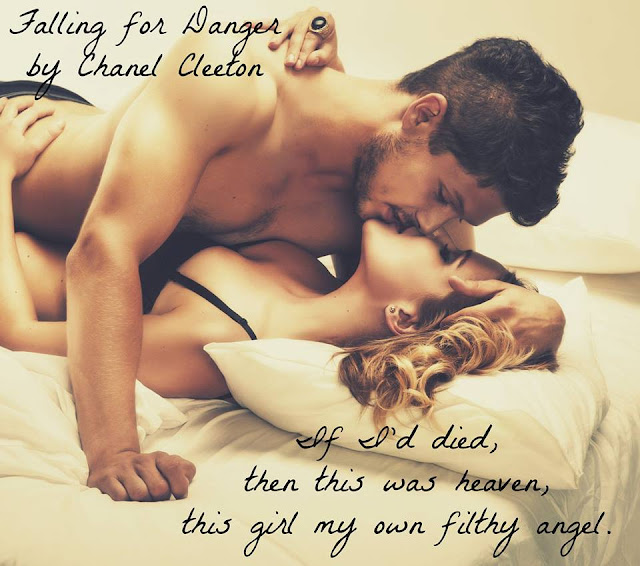 Gah, after reading the first two books in this series back-to-back, I was highly anticipating Kate’s story—most especially because of her involvement in Gray and Blair’s relationship. I expected an edge-of-your-seat mystery, a sexy and suspenseful thriller, and I got it…

Kate Reynolds is on a mission. After losing her fiancé, Matt, and distancing herself from her powerful, political family, she’s newly employed by the CIA—and determined to get to the truth of what happened to the only man she has ever loved. The only man she will ever love.

But her curiosity and quest for vengeance puts Kate on a collision course with danger, destruction and death. When it all comes crashing down, Kate is left working with the last man she expected to see—and trying to decide if revenge is still worth the risk to her life…and if finding love again is worth the risk to her heart.

I was a little apprehensive about reading Falling for Danger, mainly because I was unsure how dark and deep Chanel Cleeton would take it. Kate’s role in her sister’s relationship, her poor decision-making, and the way the second book in this series, Playing with Trouble, set-up this book most certainly piqued my interest, even as it left me a little unsure about Kate’s character. Ms. Cleeton did an excellent job of addressing my concerns and making Kate likeable once again, in turn making the experience of reading Falling for Danger a very enjoyable one.

The suspense factor in this book is high—rightly so. I loved the way the mystery of Matt, and his death, played into the overarching story of Senator Reynolds—the father of the three women that make up this series. I also loved how Kate approached solving the riddle, how she involved her rescuer and the blog in her mission, how she interacted with her sisters. It all tied together, and tied-up, the Capital Confessions series as a whole nicely, in a way that was satisfying for those of us that have read all three books. I’d go so far as to say that this book was my favorite of the series, except for the fact that I found the ending of Kate’s story a little rushed, a little convenient…and maybe a little bit incomplete.

As the counter on my Kindle ticked ever closer to 100%, I worried that I would be left with the dreaded cliffhanger—and a part of me thinks I would have preferred that to this ending, which, although believable and, ultimately rewarding, left me a little disappointed. Don’t get me wrong, as I said above, the ending of the series as a whole—how it involved each of the girls and their men—was great. But the reveal, the solution to the mystery was just a little off for me, and I felt more could have been done with it.

Having said that, there was so much more to Falling for Danger that I enjoyed, I would still happily read and recommend it. Although the ending didn’t quite work for me, the rest of the book, from the excellent writing, to the well-placed clues, and the searing, sexy romance between Kate and her beau, absolutely did. I’m sorry to see the end of this series, but very excited to read more from this author in the future.
~ Review by Beth 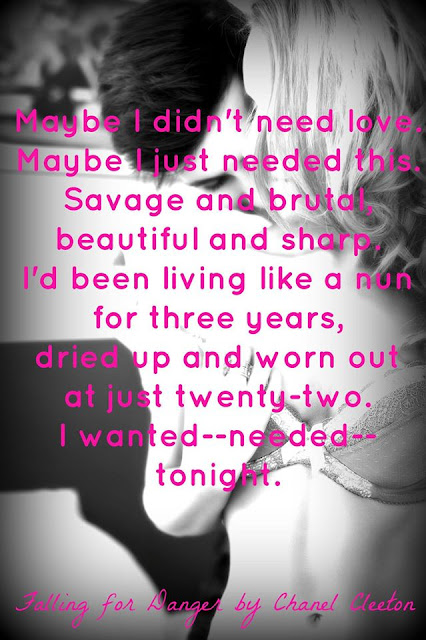 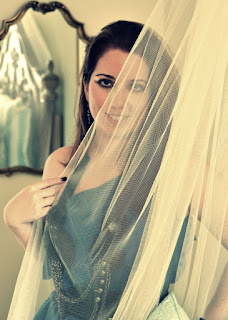 Romance novels and politics are two of Chanel Cleeton's greatest passions. What better than to combine them? Chanel received a bachelor's degree in International Relations from Richmond, the American International University in London and a master's degree in Global Politics from the London School of Economics and Political Science. She's also a graduate (survivor) of law school--she earned her J.D. from the University Of South Carolina School Of Law. A summer cruise in the Caribbean changed Chanel's life when she met and fell in love with a fighter pilot. A happily ever after later, she's currently living an adventure with her husband and three pups. 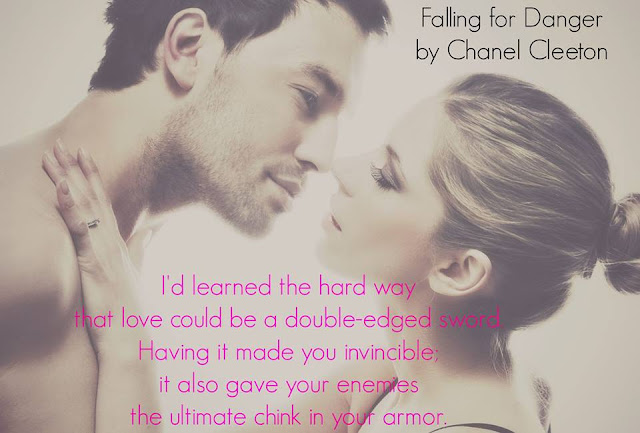