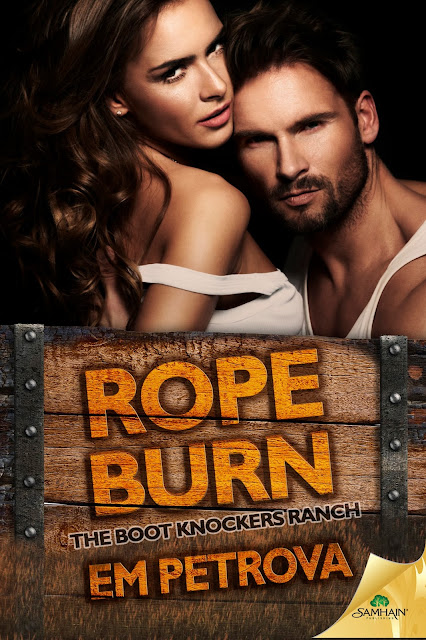 She wants to turn up the heat. He’s got the skills to whip her into a frenzy.

TV food show host Tabbart Tracy works hard to give viewers her best recipes. But while her fans are legion, her personal life is colder than a meat locker. Most men just want her to serve up some pie—in the nude.

One glance at her assistant’s sexy brother, though, and her body skips straight from low simmer to rolling boil. Especially when she tracks him down at a stud ranch. Where he’s the stud.

When a certain little TV foodie personally requests Stowe’s company for a week, he’s flattered as hell. She needs to give up some control, and as a sex therapist otherwise known as the “Dom from Down Under”, Stowe has the leather, rope, and paddles to do it.

Just as Tabbart melts into a puddle under Stowe’s hands, her worst fear chills her back to reality: someone recognizes her. Worse, her Master frowns on opening her checkbook to make it all go away. But trusting him means hanging onto their connection with both hands—while he takes her for the ride of her life.

Warning: This book contains a TV chef looking for some R&R (as in rough and raunchy) and a whip-wielding Aussie cowboy Dom intent on showing her she can take the heat. As hot as—and anywhere—she wants it. 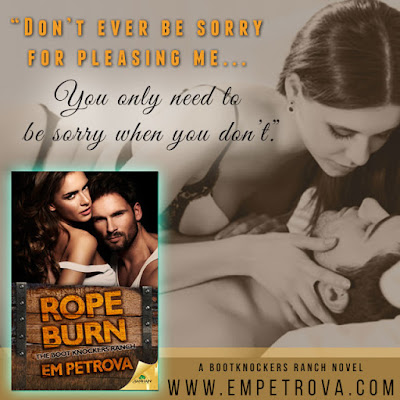 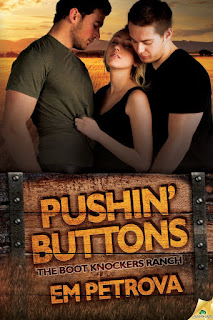 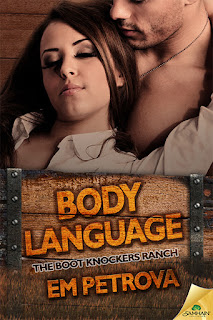 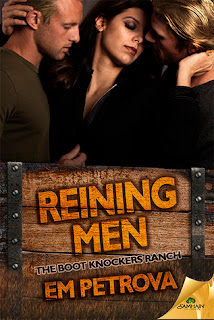 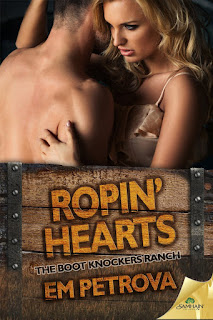 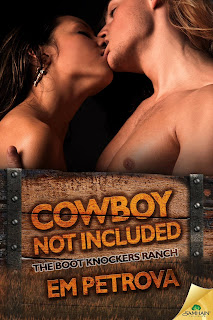 
Then she saw it—a glimpse of black. A pickup truck with the door hanging open. She barely had time to conjure the words of the greeting she’d prepared when her door opened and a big male arm reached inside. Sprinkled with dark hair, a thick leather watch strapped around the wrist.

Her mind was wiped clean as she looked into a set of very dark eyes staring at her from under the black hat she’d come to know so well. The upward curl of his lip made her heart turn over painfully, then gallop out of control. She sat there like an idiot.

He gripped her hands and pulled her to her feet. She locked her knees to keep from falling over, then Stowe’s trim backside moved away from her. He opened the trunk of the car and hauled her luggage out.

When he spun and fixed her in his gaze again, she released the breath she’d been holding. Her pulse pounded in her ears. God, she was acting like a young girl with her first crush. She was a grown woman. She was…

At a sex ranch with the man of her fantasies.

“This all you got?” he drawled in that hot accent.

He grasped her forearm as he passed. The warmth and roughness of his hand on her bare arm scalded. Sweat broke out on her forehead. He opened the passenger door of the truck for her and guided her inside, then dumped her suitcase in the bed.

Her hand twitched to shove her glasses up and get a real look at him, but she couldn’t blow her cover. She watched as he swaggered back to the silver car, pulled his wallet from the back pocket of worn jeans—molded to his fine ass—and took out some bills. He handed them to the driver through the window. Then he tapped the car roof twice and the driver moved off in a new cloud of dust.

I’m alone with him.

In the middle of nowhere. He could do anything to her. Strip her, fuck her. God, she wanted both. 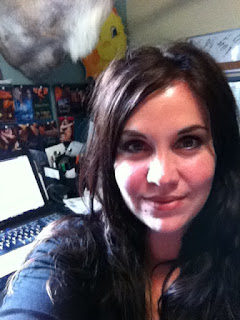 a Rafflecopter giveaway
Posted by Give Me Books at 9:29 am