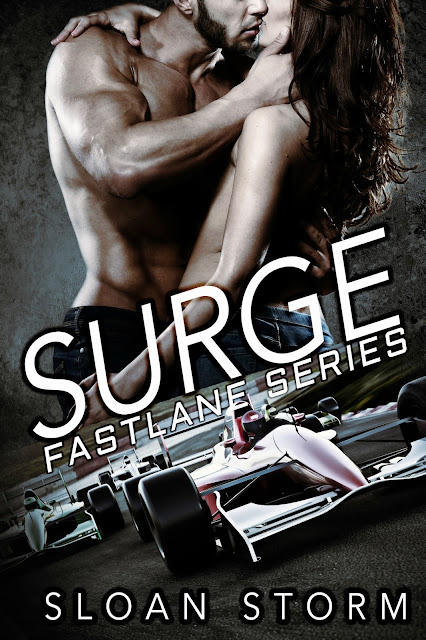 Dyson Vix. The bad boy of Formula One Racing.

The first time I met him he was completely naked, and he couldn’t have cared less.

The second time I saw Dyson, he just stood there, staring at me. His fire suit hung low on his waist, and his body was dripping in sweat, grease and… well, you get the idea.

The ultimate playboy, there isn’t a hairpin turn he can’t handle or a woman he can’t have. Dyson lives life like he drives – hard, determined, and like it might be his last day.

We couldn’t have been more different. After a family tragedy, I’ve been left to raise my nephew, Simon, all alone. Raising him has given me more joy than I could’ve imagined, but it came at a price. He is my entire world, and everything I do is with him in mind. I haven’t had a date in months, instead focusing solely on him. Man troubles are the last thing we need, especially the kind reckless thrill seeker Dyson Vix would bring.

But fate has other ideas.

I’ve been thrust into his fast-paced world, and the more time I spend with him -- the more I see of the troubled man behind the roguish charm -- the more my resolve crumbles. Our chemistry is undeniable but isn’t without risk. Jealousy and threats to my home life mean I could lose everything I’ve worked so hard to protect.

The stakes have never been higher.

Will we make it, or are we destined to crash and burn? 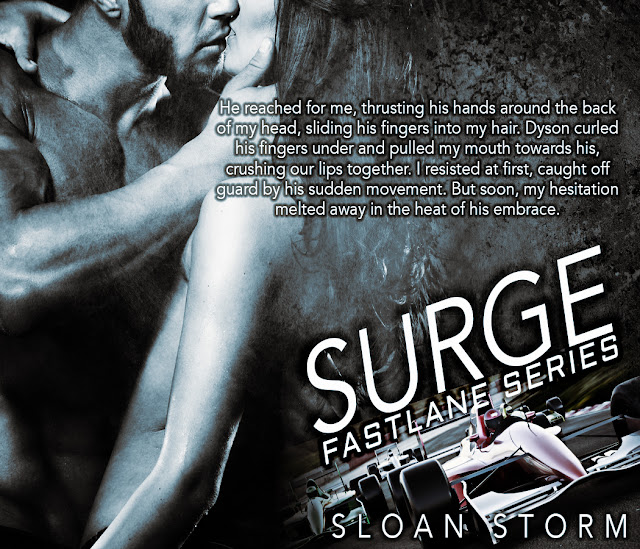 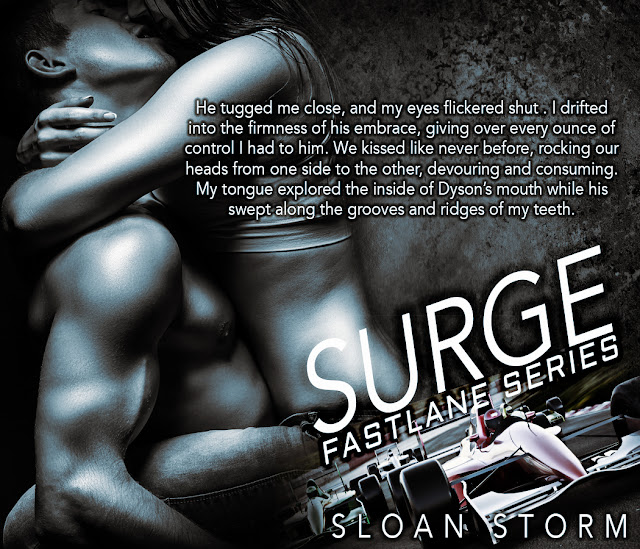 It wasn’t the first time I’d seen a man’s bare ass first thing in the morning.

But one that… perfect?

With my fingers still wrapped around the door handle, I froze in place, my eyes inappropriately fixed on the man’s partially exposed, lean and muscular backside. Morning sunlight shined on him through the exam room window, casting the shadow of his hard body beneath the thin fabric of the exam gown.

I stood there for a moment too long, temporarily forgetting I was there to do my job. Just then, the man, who had been looking out the window, turned in my direction.

We locked eyes. He arched an eyebrow.

As quickly and as subtly as I could, I averted my gaze and instead snapped my eyes to his chart which I held in my free hand. Around the same time, a strong odor of over-applied perfume entered my awareness. What’s worse, it smelled like a mix of cotton candy and sweat—cheap and tacky.

Continuing into the room, the source of the aroma appeared in my peripheral vision. To my left sat two women. One a blonde, the other, a redhead. They looked to be in their early to mid-twenties, around my age, and by the way they dressed, not from around here—Austin that is.

“Hello,” I said, flashing a polite smile at them.

Their eyes met mine with an icy glare. They didn’t respond.

I looked away from them and back towards the man.

He took an extra second to reply. His eyes wandered along my body.

At last, he nodded and looked at me. “Dyson,” he said.

The door to the exam room closed behind me with a hiss of the hydraulic swing arm.

“All right,” I began, shaking my head a bit.

“Dyson… Dr. Wilcox will be in in just a moment. In the meantime, I need to check your vital signs.”

Dyson walked towards me and stopped about a foot or so away.

I blinked. Clearing my throat, I stammered a response, “Um, n-no. That won’t be necessary.”

He winked at me. “Another time then.”

This had to be a joke.

I straightened my spine and nodded in the direction of the exam table. “Have a seat, Mr. Vix.”

But instead of walking towards the table, the man looked at me again.

“Right, my apologies. Have a seat, Dyson.”

The thin tissue paper covering the length of the table crinkled and crackled as he sat down on it. Dyson swung his legs casually over the side and hooked his hands along the padded edge. Composing myself, I spent the next few minutes getting his vital signs without any further interruptions.

Once finished, I looked at him.

“Dyson, I need to draw some blood for the tests we’re required to take. Do needles bother you?”

My eyes locked on his. They were a shade of blue that I’d never seen before. Blueish gray, like steel. He reached up and slid his fingers through his dirty-blonde hair.

“Nope,” he replied with an easy shrug.

From behind, I sensed the two women watching our exchange. Their silence was the only clue I needed that they were more than just friends with him.

A couple of minutes later, I’d finished drawing his blood.

Only one thing remained before Dr. Wilcox would come in and conduct the full exam. I walked to the other side of the exam room, picked up a urine sample cup and made my way back towards him, extending it in his direction.

One corner of his mouth turned upward in a deviant curl. Wordless, he eased off the exam table, took it from me, and passed by on the way to the restroom, next to the entrance of the exam room.

My head moved on a swivel while he walked. Dyson made no effort to cinch up the back of his exam gown. He stopped, catching me looking yet again. However, instead of saying anything, he gestured over his shoulder towards the two women.

“Is it okay if I have some company?”

My mouth drifted open. “I…”

The expression on his face was indecipherable. Was he being serious? The truth was, no one ever asked me a question like that during an exam before. On the other hand, nothing about this exam was normal so far.

Dyson chuckled at my lack of a reply. “Joke.”

I responded with an uneasy laugh.

Why was this guy making me feel like a thirteen year old?

I reached up and touched my cheek with a subtle swipe.

Just then, Dyson began to toss the cup in the air with casual flicks of his hand. He gestured towards the women, pointing to the one on the left.

“That’s Svetlana,” he began before he nodded in the direction of the other one.

Yep. Not from Austin.

Once he finished, he looked back at me and raised his eyebrows. I looked at him for a moment, not sure of the meaning. A second later, it dawned on me.

Seconds later, Dyson disappeared into the bathroom, closing the door behind him. I turned my attention back to the women, who seemed less thrilled with me now than ever.

“Anastasia and Svetlana?” I began, summoning all the politeness and professionalism I could. “Is that… are you Russian?”

They glanced at each other for a moment before cackling with laughter. Without answering me, they spoke to one another in a language I didn’t understand. Once they’d finished, they looked away from me and returned their attention to their phones.

I shook my head and tried to ignore their rudeness. Instead, I used the time to make notes in Dyson’s chart. Around that time, the door to the exam room opened. Dr. Wilcox walked inside, nodding in the direction of the women.

Their attention never wavered from their phones. Dr. Wilcox approached me with a suspicious frown on his face.

I nodded towards the bathroom.

“Ah, I see. Very good.” He extended his hand towards me, unfolding his fingers as he did.

I passed Dyson’s paperwork to him. Dr. Wilcox perused my notes for several moments.

“Do you need me for anything else, Dr. Wilcox?” I asked.

Dr. Wilcox raised his hand to his chin as he studied Dyson’s chart.

With that, I turned and started to walk away, when Dr. Wilcox spoke once again.

“On second thought, Ava, there is something I need to discuss with you.”

However, before he told me, the bathroom door opened, and Dyson appeared. He walked towards me with the nearly full sample cup in his hand. He shook it back and forth with a few quick snaps, causing the liquid inside to bubble.

“Be careful with that,” he said, passing it to me.

I took it from him. “Thank you. I will,” I deadpanned.

When I finished speaking, Dr. Wilcox introduced himself.

Dr. Wilcox closed Dyson’s folder and patted it with his hand.

“Now that we’re done with your vital signs, blood work and the like, we just need to conduct a brief physical exam, and we’ll get you on your way. I know you’ve got to get back to the track.”

“Doesn’t matter to me. Everyone can stay. I don’t care.”

Dr. Wilcox was the consummate professional, always putting the needs and comfort of his patients above everything else. Satisfied Dyson was ready to proceed, he nodded, “Okay then, we’ll have you disrobe first and then come back over to the exam table.”

Without wasting a second, Dyson dropped the gown to his feet.

Still holding the urine sample in my hand, I stared in slack-jawed awe. There was no getting around it. I leered at the man. While he hadn’t yet noticed me, the women did.

“Hey! Girl!” one of them growled at me in a thick European accent.

Dyson and Dr. Wilcox turned towards me.

“Is everything all right, Ava?” Dr. Wilcox asked.

Ignoring the girl, I nodded, refocused on the task at hand, and walked in the direction of Dr. Wilcox to assist with the examination. Picking up Dyson’s folder from the exam table, I opened it and readied myself to take notes for Dr. Wilcox, refusing to look at Dyson.

After all, one look was all I needed to know he was physical perfection. Lean, muscular, not to mention the most well-endowed man I’d ever seen.

This exam couldn’t get over fast enough. 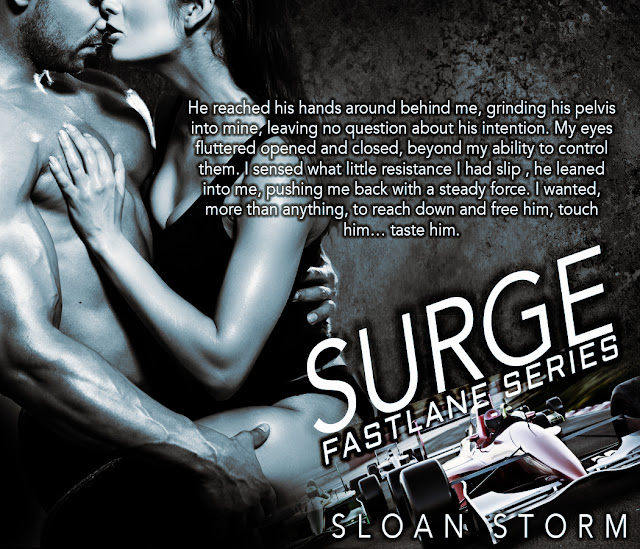 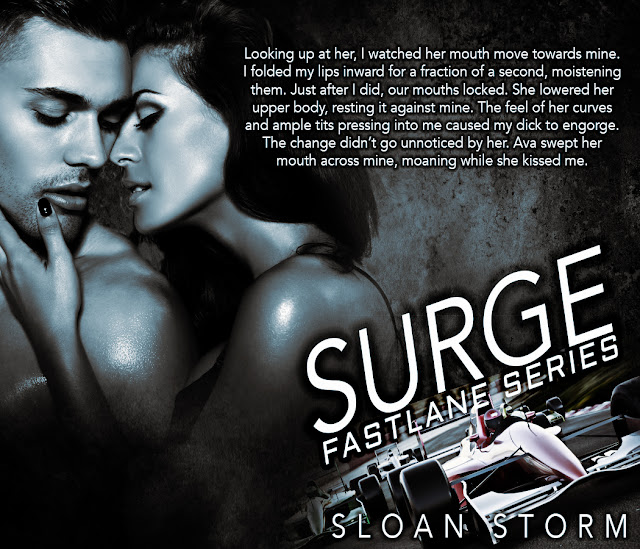