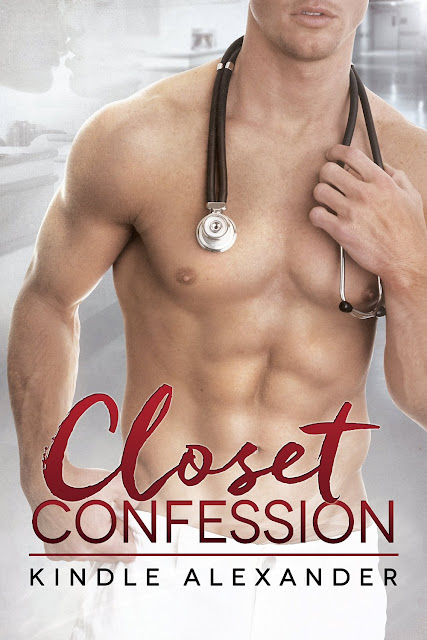 Dr. Derek Babineaux is intelligent, dedicated, and one of the best ER physicians in the fast-paced world of critical care at Tulane Medical in New Orleans. Always on top of his game, he's thrown off balance when the newest medical staff member finally unleashes his hidden desires.

Justin Delacroix's job at the inner city's busiest hospital might be just what he needs to ease back into civilian life after a long stint in the military. High-performing shifts make working as a trauma nurse at TMC the perfect way to utilize his skills and quick reaction times. There's only one problem, his attraction for one sexy ER doctor is off the charts, but he has his reasons for not returning Dr. Baby's night shift advances. Or maybe he doesn't. 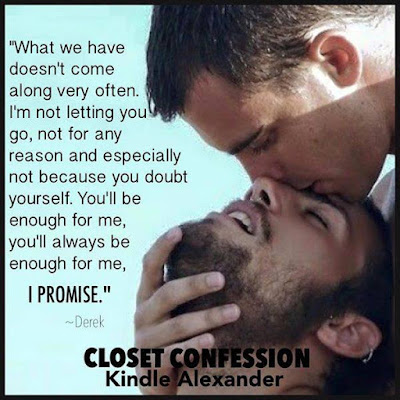 Oh HELLS yes! I've yet to read a Kindle Alexander book I haven't loved, and despite the faster pace set by the lower word count, Closet Confession is no exception. Hot and sweet, a little twisty and a lot of awesome.

Life in the ER is fast-paced and that's how Dr. Derek Babineaux likes it. He also likes the newest member of staff at Tulane Medical Centre...sexy nurse, Justin Delacroix. Dr. Baby wants to act on his desire for the former military man, but there's something holding Justin back. It's not that Justin doesn't return the attraction, but that he doesn't mix business with pleasure...does he?

I was lucky enough to originally read this one as part of the Night Shift anthology and here's what I said then (NB: a shortened version appeared in the Give Me Books review of said anthology):

I loved this hot little read! Justin and Derek (Dr. Baby, BTW, is an awesome nickname) were SCORCHING hot together. I loved their flirty moments, I loved the intrigue; I loved this story. It didn't go the way I originally envisioned, and I am glad of it. There were fun, surprising moments in Closet Confession and it felt like a complete, well-rounded story, despite the length. Their brief-but-OMG-I-need-a-cold-shower coupling was spot-on; I wouldn't change a thing about it but I also wouldn't say no to MORE from this sexy couple. I wonder...could we make that happen, Kindle?

And now, Closet Confession HAS given me extra from Justin and Derek—and I LOVED IT EVEN MORE. So, thank you, Kindle Alexander!

The story was still just as fun and flirty and sizzling, and I was still just as entranced by the way these authors worked their story in a way that made it surprising even on a second read. The additional scenes simply gave added depth to a couple that I already had a thing for. #Winning, to throwback a few years and steal Charlie Sheen's word. Yup, this one is most definitely worth a read...or two.
~ Review by Beth

My usual complaint when it comes to short stories and novellas is that they don't give me enough depth to get invested. Or JUST when I'm getting invested, the story ends abruptly. That is not the case with this here. I LOVED Justin and Derek!

Their stories were little gifts that kept me glued to my kindle. First, we're given an artfully crafted, sinfully sexy story with a small but satisfying twist—and it wraps up beautifully. However, luckily for us, in this version, the story doesn't end there. We're also given snapshots into other stages in the story of Justin and Derek, and while the book can still easily be read in one sitting, I felt like I walked away invested, after a full and satisfying love story.

These two are completely combustible together, steamy, dirty, and hot. They are also incredibly sweet, tender, and madly in love. These stories have a little bit of everything, some tenderness, some angst, some humor, some panty-soaking sexiness, and two strong, smart, sexy men. Does it get any better than that?
~ Review by Shelly

Stop. Go read it. NOW! It's short, and quick, and completely wonderful in every way. Derek, or "Dr. Baby" was such a sexy hunk of a man. The way his admiration of Justin begins leaves you with so many questions, but it's so HOT you don't even care about the answers.

What a combustible couple! Their chemistry is absolutely off the charts, and the fireworks between them will melt your panties right off and leave you weak kneed and wanting more. Don't worry, there's more! The romance was there too, and I melted at the good Dr's old-fashioned commitment desires and romantic nature. The bonus chapters answered all the important questions, along with giving even more of that steamy couple that you crave.

A perfect one sitting read, which is both good and bad. Good, because you won't be able to put it down. Bad, because you'll be so disappointed when it ends. Just don't let the length fool you, this book packs a powerful punch!
~ Review by George 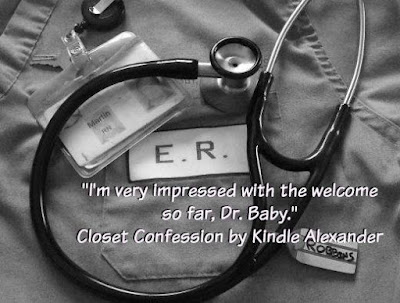 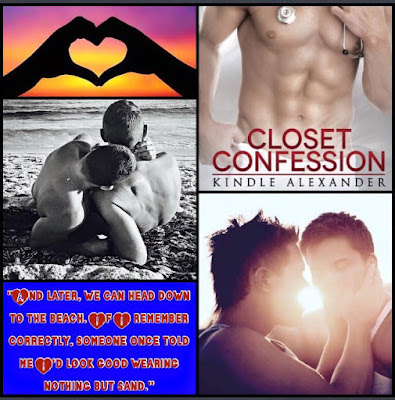