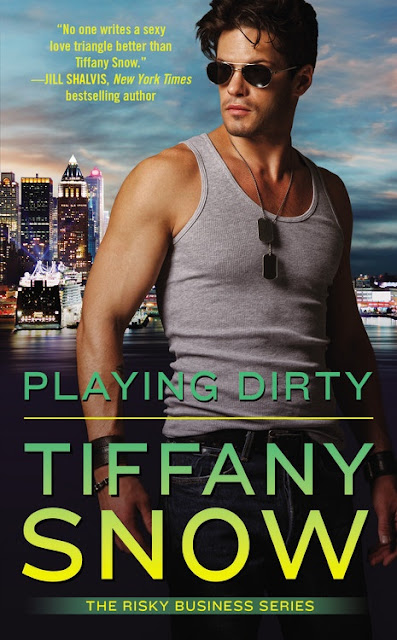 Both Ryker and Parker are determined to protect Sage from a brutal enemy who'd use her to pay for their mistakes. Yet when the usually on-point Ryker is distracted by ghosts from his past, Parker seizes his opportunity to get Sage's attention--and keep it in ways beyond her wildest dreams.

Now, caught between a mobster out for revenge and two men who were once best friends, Sage must play to win--even if it means getting dirty. . . .

I absolutely could not wait to read Playing Dirty after the first book ended with a sort-of cliffhanger. I was on the edge of my seat with the first one, and hoped to find some resolution and closure here. Nope. Now, that doesn't mean it wasn't great. It was.

It has this nail-biting quality to it because you just don't know where the plot is going. I usually despise triangles, because it's obvious who she really loves and why does she have to be so immature and draw it out? Not the case here. In corner one, we have Parker. Businessman, control freak, with so many hidden layers to his personality that he continued to surprise me all the way to the end. Ryker, the tough as nails detective, with his bad boy attitude who had no shame in admitting his feelings and the hopes he had for their relationship. Not to mention the fact that her chemistry with both men is all out explosive! Here is a woman with a genuinely tough decision! By the end of the book, I still couldn't decide which man I wanted to win.

But wait. There's an actual plot here too! So much more than the romance. There is mystery, murder, mayhem and a twist that had me squealing out loud. Even without the relationship drama, there is enough side plot to feed the book, and it didn't get brushed over—it was fully developed and intense. I spent the last chapter both upset that obviously it wouldn't be wrapped up by the end, and excited that I would get at least another book with these complex characters. I can't wait!
~ Review by George

Whoever said “three is a crowd” never met these three…

This is the second in a three book arc but the first I’ve read in the set. While I am definitely going to pick up the first book—I mean, like right NOW—this book was everything I’d hoped it would be.

Sage Reece was torn between sexy Dean Ryker and equally handsome Parker Anderson. One is her boyfriend and the other is her boss, though the feelings she has for them both is wreaking havoc with her emotions and her well-being. Ryker loves her. Parker said there would never be anything between them. Sage’s choice should be crystal clear but nothing could be further from the truth.

There is a lot of history between Ryker and Parker; once best friends, they can’t even be civil to each other now. There is danger coming at them from different, but equally deadly sources. Sage is caught in the middle as she struggles to keep herself, those she loves, and her heart, safe.

I read this book in one sitting as the emotional turmoil of this love triangle was only rivaled by the danger that threatened them all. Nail-biting action is par for the course as the story quickly moved at a dizzying pace. Revelations about Ryker and Parker, even her own family, kept coming and coming as Sage dodged more than one attempt on her life.

Flipping between Parker and Sage’s point of view, it was easy to see that love was playing havoc on more than one front. Was it all about revenge, settling old scores? Was it true love or simply a physical need?

Sage is being torn apart by decisions she had, and still has, to make.

“I fell into a troubled sleep, in Ryker’s arms but thinking about Parker.”

I know she is viciously torn between the two and tried to be honest with both Parker and Ryker yet, at times, it didn’t seem like she was being truthful enough. A series of emotional scenes towards the end of the book seemed to come oh, so close to revealing what their hearts truly felt. I love all three of these characters and I want them all to be happy—author, take note, please!

While some parts of the story ended well, there are still many questions about how it will all turn out. I, for one, will be counting the days to find out!
~ Review by Diane 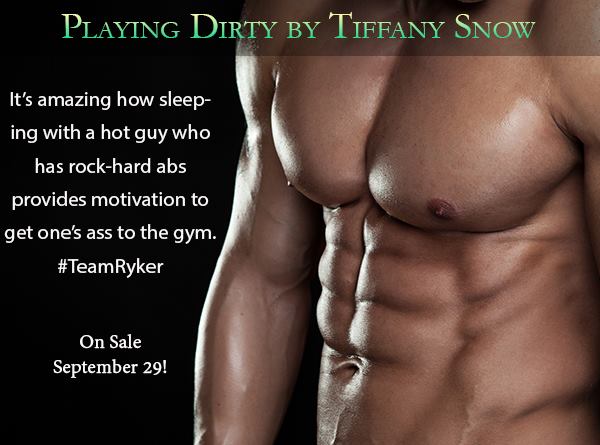 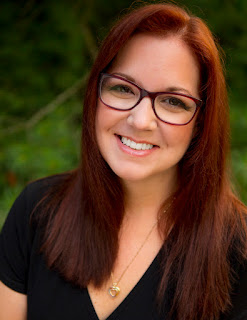 Tiffany Snow was born in Saint Charles, Missouri, where she developed a fondness for trivia games, the music of Elvis Presley, and romance novels. After earning two bachelor's degrees -- one in social studies education and the other in history -- she went on to work in the information technology field. Now she writes full time, when she's not quoting When Harry Met Sally or dancing along to her favorite '80s hair band. She resides in the Midwest with her husband of eighteen years and their two daughters.