Review - The Heat of the Moment by Katie Rose 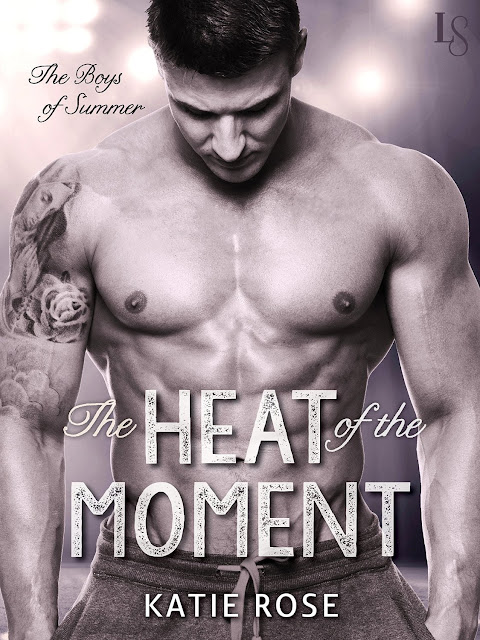 The Boys of Summer are back! In Katie Rose’s sweet, sparkling novel, the newest New Jersey Sonic falls for the woman who’s trying desperately to save his career.

Physical therapist Jessica Hart has learned her lesson: Never date professional athletes. She’s been down that road, and barely recovered after the relationship crashed and burned. Then Jessica meets Gavin King. An All-Star slugger with chiseled good looks, Gavin was traded to the Sonics because he hurt his knee sliding into second, and now his future is in her hands. Gavin’s no bad boy—but he’s tempting enough to make Jessica think twice about all her rules.

Gavin is trying to find a comfortable routine. If he wants his old life back, he must take it easy, stay out of the limelight, and keep his distance from gorgeous redheaded physical therapists. The thing is, Gavin isn’t the kind of guy to sit on his ass and let other people pull his weight. And when he sees something he wants, he can’t help but fight for it, even if it means risking everything, even if it only lasts a single moment: like one kiss from Jessica.

After a potentially career ending knee injury, Gavin King is traded from his plush set-up in California to the ragtag New Jersey Sonics. Leaving behind his swimsuit model girlfriend, and all the luxuries California affords, this is not a move that makes Gavin happy. When his beautiful swimsuit model girlfriend cheats on him, and then dumps him—things go from bad to worse. However, it doesn’t take long before his loveable prankster teammates bring him into their fold and then, of course, there’s Jessica Hart.

Jessica Hart is Gavin’s physical therapist. She’s been burned, badly, by a baseball player before—so she’s beyond not interested in the likes of fallen superstar Gavin King. She can’t deny there’s an attraction, and maybe he treats her with more tenderness and respect than anyone ever has before, but she’s not sure she can risk her heart again. Her insecurities, well earned, have her locked completely down, but Gavin is up for the challenge.

Before this book, I was beginning to think I had something against baseball players. I love sports romances, but I haven’t really been swept away by a baseball player—until now. Hello, Gavin King. Welcome to my book boyfriend collection, make yourself at home cuz I plan on keeping you!

Gavin is perfect. He’s solid and strong, tender and sexy as all get out. He’s not a game player, and he’s not afraid of commitment and hard work. He’s everything that Jess is afraid of, but with that steady, tender heart. I mean, I love a bad boy as much as the next girl. But I also love it when a boy who is supposed to be bad is mature, and level headed, and just…perfect. Gavin is proof that you can be alpha without being an asshole. Nice guys don’t have to be boring. And there was never going to be a better fit for someone as wounded as Jess.

Jess is incredibly likeable. She’s wounded, but she doesn’t let that define her. She’s plucky and smart and strong and kind. I’m not going to lie, I loved her almost as much as I loved Gavin. Her insecurities were understandable and she worked to get past them. She is the ultimate tomboy, but she’s not one-dimensional and she also embraces her inner sex kitten. She’s the kind of girl I’d want for a best friend, and the perfect fit for Gavin. If I have to share him with someone, I’m glad it’s Jessica Hart.

I truly loved everything about this book. It’s flirty and sexy and fun—it turns out nice guys can ruin a girl’s panties just as easily as a bad boy can! The chemistry between Jess and Gavin is smokin’ hot and a rewarding balance to their easy, fun friendship. Jess’s family is hilarious, and of course, the knuckleheads on Gavin’s team are always good for a laugh (one of the best parts of sports romance is that team camaraderie—and this book does not disappoint). Everything about this book just felt good – and it just might have been enough to make a baseball groupie out of me.
~ Review by Shelly

Gavin King isn't exactly thrilled to be traded to the New Jersey Sonics after a potentially career-ending knee injury makes him too much of a risk for his much more successful Californian team. But he's bound and determined to make the most of it--he's no quitter, and he is not afraid of hard work.

Part of getting the knee right is working with Sonics' physical therapist, Jessica Hart, a very tempting, very attractive redhead that draws him in. Only Jessica isn't about to break her no-baseball-players dating rule for anyone, least of all a cocky, handsome slugger from California.

Gavin won't let that stop him though. He knows what he wants, and he'll do whatever it takes to get his knee right--and Jessica into his arms.

I really, really enjoyed this story. It was a lot of fun, and Gavin was just mmm, yummy! Sure, he knows he's good at what he does, but he doesn't take it for granted--he's willing to put in the hard yards, for both his career and Jess's heart, and I loved him for it. He was kind, funny, and protective, and an incredibly perfect match for his girl, who had been burned by a ball player in the past.

Jess was also kind of perfect. I mean, sure, she was guarded because she'd been hurt before, but in a believable way--a way that made me want to junk-punch the douche that hurt her, and made Gavin's courtship of Jess that much harder for him. She was smart, sassy, surprisingly (to herself, more than anyone) sexy, and had a group of brothers that I wouldn't say no to reading more about... *cough cough*

The team is, once again, super fun and funny here. I love the Sonics; they're a ragtag bunch in many ways, but their pluck and their pranks are so endearing, you can't help but root for them. Even the bad apples aren't that bad in the end, and that's spot-on for a group of men that love the game, and find enjoyment in it, in and out of the diamond. I do wish we'd got a touch more at the ending for the team, but I'll be back for the next boy in the Boys of Summer series, and will get another Sonics (and arm porn) fix then.
~ Review by Beth 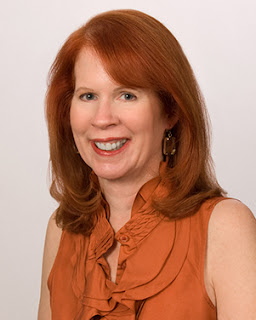 Katie Rose is the bestselling author of twelve historical romance novels published under the names Colleen Quinn and Katie Rose. She is the recipient of the Romantic Times Achievement Award, and the Colorado Romance Writer’s award, as well as the Doug Perry award for excellence in journalism. A graduate of Temple University with a BA in Communications, Katie lives on a lake in Medford Lakes, New Jersey, and is hard at work on her next novel.

Email ThisBlogThis!Share to TwitterShare to FacebookShare to Pinterest
Labels: 4.5 stars, 5 Stars, Boys of Summer series, Katie Rose, Reviews, The Heat of the Moment