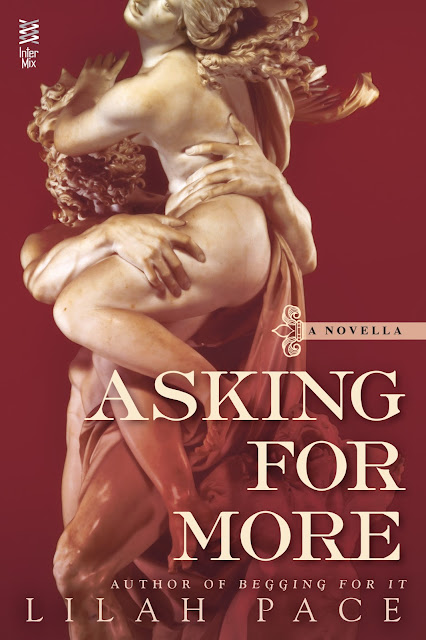 The incendiary author of Begging for It and Asking for It again plunges readers into the shadowy depths of love, pain, pleasure and peril...

How far is too far?

Then Jonah receives a call from his younger sister, Rebecca, who's dealing with trouble of her own in South America. When Vivienne travels with him to aid Rebecca, she learns yet more about his tortured history—and Jonah opens up to Vivienne as never before…

I didn’t know I needed this follow up to Asking for It until I read it. I then learned how much I was wondering just what happened to these characters…

Jonah and Vivienne are still together and still playing their games. After all this time, they have learned what works for them and are rolling with it. While they may not play as often as they once did, they have also discovered (if you remember from book one) that they are able to connect just as easily in a more “vanilla” type of way.

After an unforeseen accident, Jonah is a wreck. On top of that, his sister has called with an emergency and needs him in South America. Jonah invites Vivienne, and together they head off to try and do what they can.

I really enjoyed this follow up and insight into their lives. I was not expecting the constant turmoil to still be in Jonah’s head after all this time, but it is nice to know he is only “human”. They way these two complement each other and help the other to grow and heal gives us all a bit of hope that even with our flaws, someone out there will love you because of them—not in spite of them.
~ Review by Devlynn

Lilah Pace is a pseudonym for a New York Times bestselling author. She is the author of Asking for It and Begging for It.

Email ThisBlogThis!Share to TwitterShare to FacebookShare to Pinterest
Labels: 5 Stars, Asking for It series, Asking for More, Lilah Pace, Review