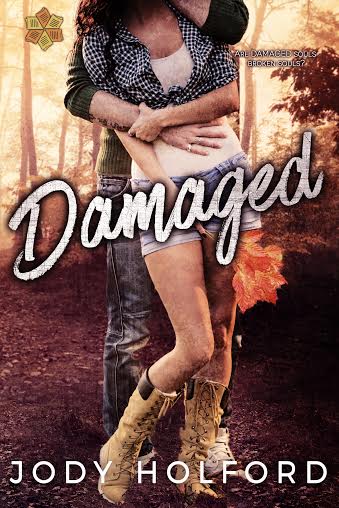 All Maddi Brooks has ever wanted is to move on and away from her past, forgetting about the childhood memories that haunt her. Preferring solitude over the hustle and bustle of single, city life, Maddi's introverted lifestyle suits her well. But when fate steps in and she comes face-to-face with Noah Evans, her neighbor's laid-back and charming brother, Maddi's world gets turned upside down. Shocked by the pull she feels for him, she tries to fight her desire for her sexy new friend.

Noah Evans’ top priority is taking care of his sister, Natalie, and helping her rebuild her life. However, unable to resist Natalie's dark-eyed neighbor, Noah vows to find a way to break down the walls Maddi has built around her heart. He falls hard, but convincing Maddi that he wants a future with her is going to be more difficult than he realized. When Maddi’s past resurfaces, and his sister finds herself in danger once again, it’s up to Noah to save them both—one from danger and one from herself. With time running out and danger closing in, can Noah protect them both without breaking his own heart?

Or is the damage already done? 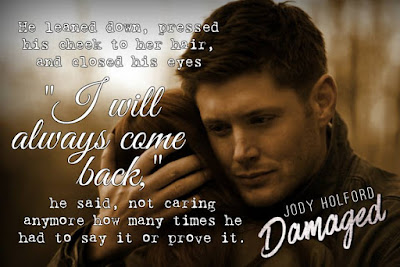 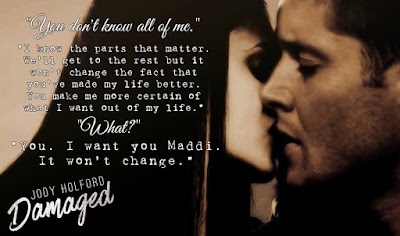 This was my second Jody Holford book and about two-thirds of the way through I realized something—Ms. Holford has a habit of drawing you into the story in such a way that you don't even realize that you're falling in love…

I actually found myself a little frustrated with the pacing of this story sometimes—but without even realizing it, everything eventually just clicked and, when it did, it completely took my breath away. It's supposed to be slow moving. It HAS to be slow moving, or the story doesn't make any sense. And because it's slow moving, once things start coming together, it's so much sweeter and more meaningful, and normal, everyday things within the storyline become breathtaking.

Another thing I realized is that when you pick up a Jody Holford book, you aren’t just getting a romance. I mean, there is a romance—and it’s sweet and breathtaking, and Lord, you guys, I loved the crap out of Noah—but her stories are so much bigger than all the swoons she delivers. Damaged was no exception. There’s a much deeper story here—about surviving and healing and forgiving, and living the fullest life you were meant to live.

It doesn’t shy away from some pretty sensitive topics—my heart broke for Maddi and Nat, and even sometimes for Noah as he tried so hard to protect these women he loved, to absorb much of their pain. It’s heavy—but not too heavy. There are plenty of lighthearted moments; the banter between Noah and Maddi, for example, was fun, flirty, and occasionally had me giggling out loud. Noah is the truest, most steadfast hero imaginable, and Maddi is so strong and brave in ways she doesn’t even understand or recognize. Their story isn’t necessarily an easy one, but it resonated and left a mark on my heart.

In the end, Damaged was heartbreaking, heartwarming, nerve wracking, and emotional. It was also redemptive and rewarding in such a way that while my heart may be a bit bruised from the journey, it’s so happy to have been along for the ride.
~ Review by Shelly 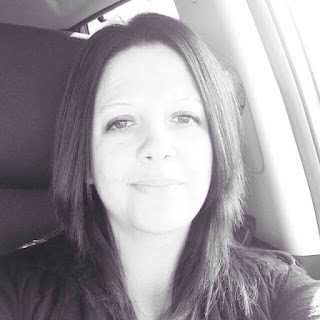