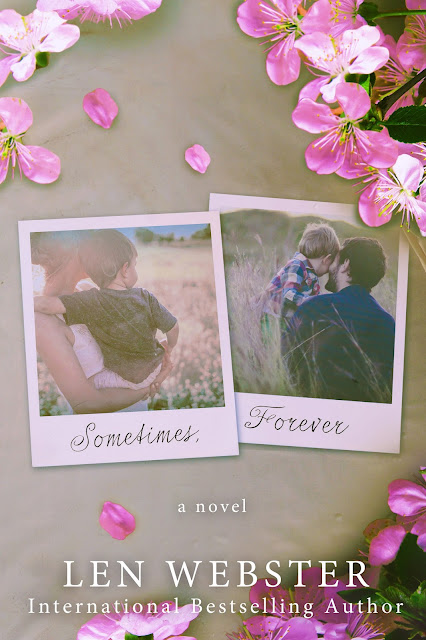 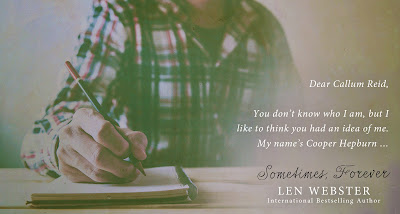 One job ad,
One lavender delivery,
One out of the blue laugh…
Would change his life forever.

Cooper Hepburn is tired of the suburbs. Tired of his mother’s constant nagging for him to settle down, tired of his sisters and tired of his boring career. The last thing Cooper wants is to get married and have children. He needs an escape from suburbs living, and coming across a job ad at a lavender farm in the middle of country Victoria is his answer. Deciding to let fate take control, Cooper applies, hoping the small tourist town of Daylesford is the change he seeks.

Little does Cooper know that one delivery to The Spencer-Reid will change his life in a single moment.

The very moment he meets the beautiful hotel owner.

The woman that would become so much more than just his sometimes.

*This is not a standalone. Sometimes, Forever is the sequel to the bestselling novel, Sometimes Moments. 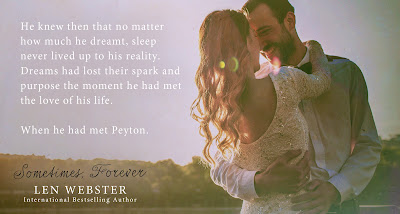 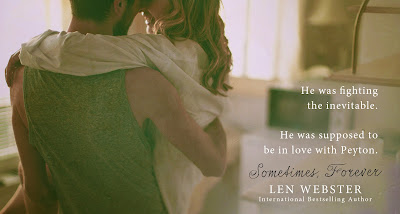 Sometimes, Forever is told through Cooper Hepburn's POV; “Lavender Boy” and how he met his “Sometimes Forever” Peyton Spencer... Not only was it amazingly beautiful, but it was also real, raw, emotional and so, so swoonworthy!

We get a bit of what brought Cooper into Peyton's life, a bit of his family, but also the moment he knew Peyton was his forever. It may feel like it's the same story as Sometimes Moments but it's not, believe me! It's so much more than I expected.

And, let me say, the words right before each chapter just had me sighing and swooning and falling more in love with Cooper. Ms. Webster, Thank You for such an amazing and beautiful story of friendship, love, loss, forgiveness, living and loving again!

Peyton and Cooper have captured my heart and will forever hold a piece of it!
~ Review by Kara 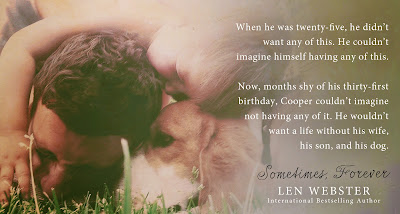 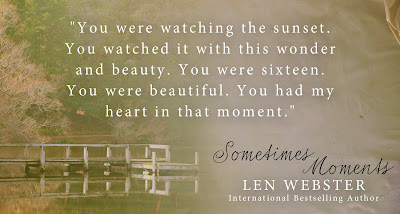 One blink,
One breath of air,
One moment in time ...
Could change your life forever.

Growing up, Peyton Spencer fell in love with the boy across the road, Callum Reid. As the years went by, it only made sense that they would wind up being completely and utterly infatuated with each other. That was, until the morning Peyton wakes up to find Callum packing up and leaving the small town they lived in. Left heartbroken and with no explanation, Peyton spends the next four years of her life without him, ensuring they never cross paths again.

At seventeen and months after Callum leaves her, Peyton buries her parents—feeling more alone than ever before. Now at twenty-one, she’s inherited the family hotel, The Spencer-Dayle. Just when she thinks life couldn’t get more complicated, the one person that shattered her heart, soul and belief returns. For Peyton, his return opens up all her old wounds and resurfaces the memories she’s tried to forget.

He’s not the same boy she once fell in love with. He’s guarded and keeps secrets close to him. Peyton knows her life will begin to unravel.Untold truths will finally come to light. Whether or not Peyton wants to hear it, the truth will undoubtedly break her heart all over again. 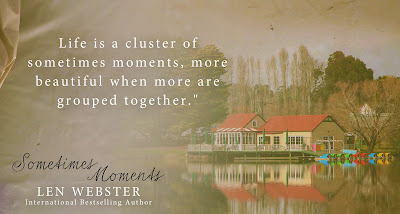 Oh, this story right here had me crying like a baby. I had no idea how much this was going to affect me and I'm just at a loss for words, and still in tears!

Peyton Spencer has loved her best friend, Callum Reid, since she can remember, but she never acted on it. Until one night, when she got the green light from Callum... The only thing is, just when she thought her HEA was going to begin, it actually ended.

Callum has loved Peyton since he can remember too, yet due to a secret he keeps from her, he leaves and breaks her heart. I cannot express how pissed off I was at him for doing that to her!! And, to be honest, I wanted to sucker punch him for being such an ass...But then, I discovered his reasoning—and it literally sucker punched me instead!

Now, the ending itself to me was beautiful and had me pumping my fist saying “Oh My Goodness” and “No Freaking Way!!!!” And, at that moment, I felt lighter and I felt like there was hope after all!

I'm not going to give away more about this heart-wrenching story, just know that you will be smiling, crying, laughing, cussing and crying some more!! This affected me even more because someone dear to me is going through something similar. Have lots of Kleenex next to you because you will cry your eyes out. Amazing.
~ Review by Kara 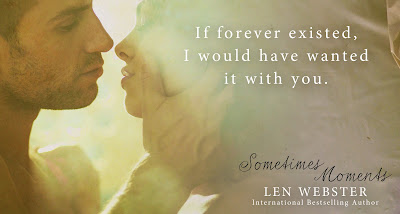 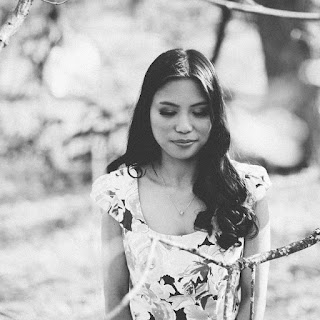 Len Webster is a romance-loving Melburnian with dreams of finding her version of ‘The One.’ But until that moment happens, she writes. Having just graduated with her BBusCom from Monash University, Len is now busy writing her next romance about how a boy met a girl, and how they fell completely and hopelessly in love. She is also not a certified explorer, but she’s working on it. 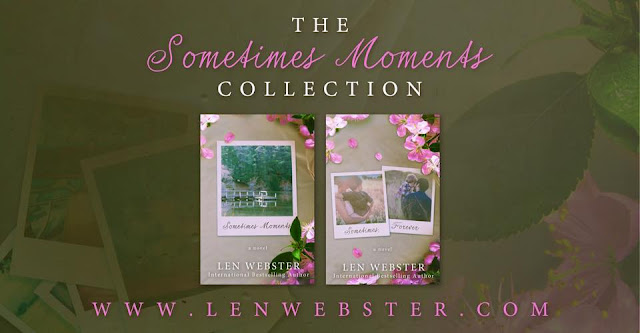