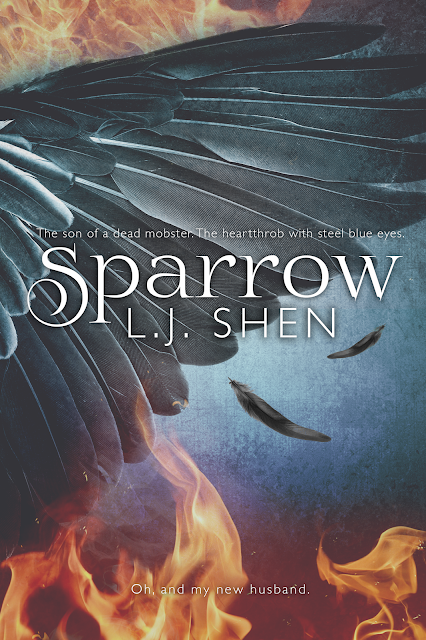 Every southie in Boston knows that name. The son of a dead mobster. The heart throb with steel blue eyes. "The Fixer" who can make or break you in this city.

Oh, and my new husband.

That's me. No one seemed to remember my name up until he barged into my life.
But then he caged me.
Kidnapped me.
And killed every chance I had to runaway from the place where we grew up.
Put simply, Troy Brennan clipped my wings.

I have dreams, big ones, but I doubt he'd ever let me chase them. I have no idea why he'd decided to take me as his wife. But I do know this: pissing off this man will not do me any good. At all.

Sparrow is a standalone, full-length novel. It contains graphic violence and adult situations some may find offensive. 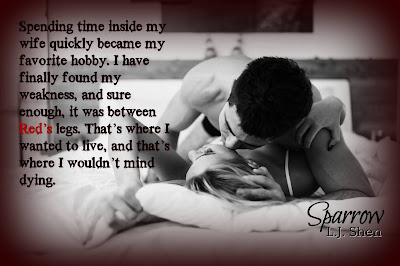 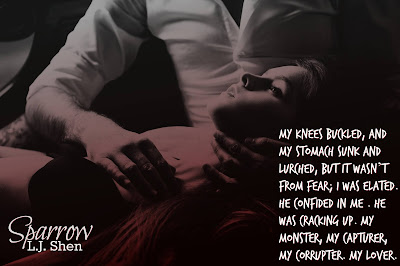 This is the first book I've read by this author and it will not be the last! She captured my attention from the beginning, and held it to the very last page. **Sighs** Oh, that prologue had me asking 1,001 questions. Why? Wait, you're going to do what?!?! And from that moment on, I wanted to know all of Troy's secrets—but he's one tough nut to crack.

Oh, Sparrow (yes, that is the h's name)…my heart went to her with the shitty life she was handed. And, as if couldn't get worse, she was set to marry the biggest prick there was. She was destined to be Troy the Mobster’s wife, but she was not going to go willingly. Hell, not only she was going to go kicking and screaming, she was going to make sure she made his life a living hell!

Troy "The Fixer", as he was known, was involved in a little bit of everything (don't ask unless you want to know the gruesome truth) and he was fucking good at it. Marrying Sparrow has always been in the cards for Troy, yet his reasons behind it had me wishing she would never find out....

Sparrow had me cracking up with all her shenanigans in making Troy's life as miserable as she felt. Troy didn't waste any time in giving it back to her, and at times, I felt he went too far. Yet Sparrow, being the resilient one she was, held her head high up and continued to trek—not allowing him to see when he'd hurt her. Troy and Sparrow were two broken pieces, and so stubborn, sarcastic and wrong for each other, yet they would not give in or give up. I felt, at times, like I was watching a tennis match because they both kept going back and forth, insulting each other.

All I will say is that once you start reading, be prepared to devour this book in one sitting because from the beginning it grabs you and won’t let you go until you see who survives the war... Yes, it's a bit of a dark romance but it's also so much more!! You'll see when you read it!

L.J. Shen, thank you for such an amazing read and I definitely cannot wait for what else you grace us with.
~ Review by Kara 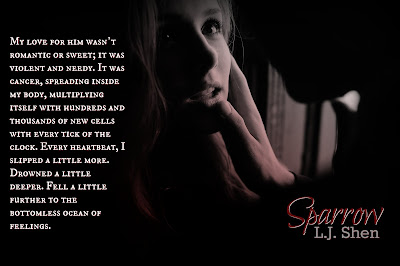 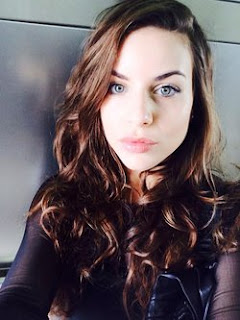 L.J. Shen lived all over the world and finally settled in Northern California, mostly because of the wine. She writes for a living and reads for fun. She is a proud mommy of a son and a former-stray cat, and an Okay-wife to a very patient husband. 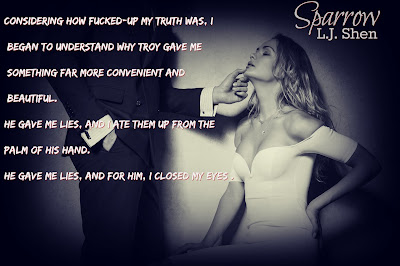