Review - Felony Ever After by Various Authors 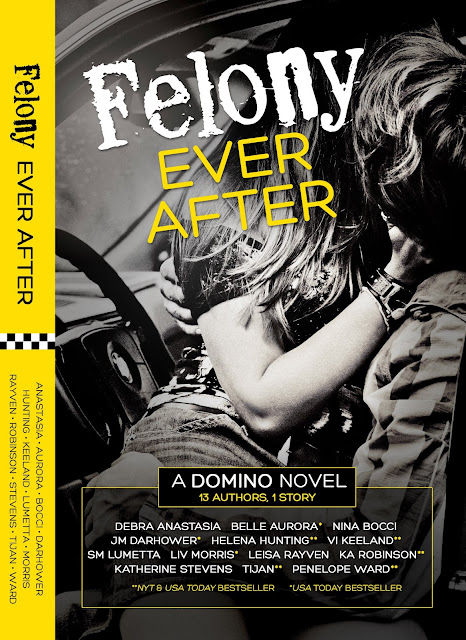 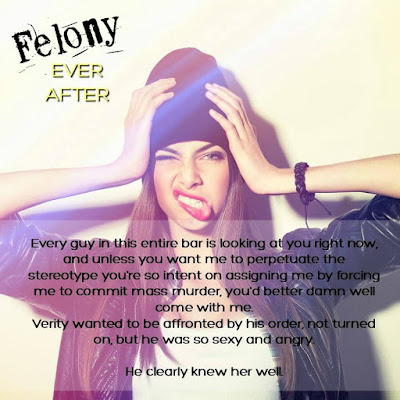 Verity Michaels is new to New York City, but even she knows riding in a stolen a cab is not a normal way to meet someone. Damn it if that tattoo-covered would-be felon isn’t everywhere now, and lighting everything on fire under her skirt.

His name is Hudson Fenn, and he’s frustratingly impossible to pin down. He works as a bike messenger, but has the manners of a prince—along with a strange tendency toward breaking and entering. As much as Verity knows he’s not her type, and likely to land her in jail, she can’t help but find her truest self when they’re together.

Can she be brave enough to give Hudson a real chance? Will he be bold enough to reveal the man beneath the ink, or will his secrecy doom their connection? Also, WTF is the deal with Verity’s boss? No less than thirteen of your favorite romance writers have teamed up to tell this sexy, wacky, snort-inducing tale. With them you’ll visit the world’s most irritating office, a VIP room of questionable cleanliness, and the fanciest apartment a bike messenger has ever inhabited, but you’ll still never see this ending coming. 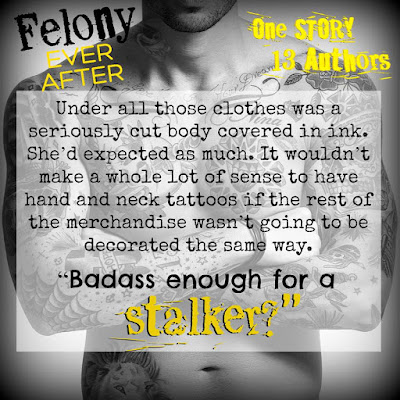 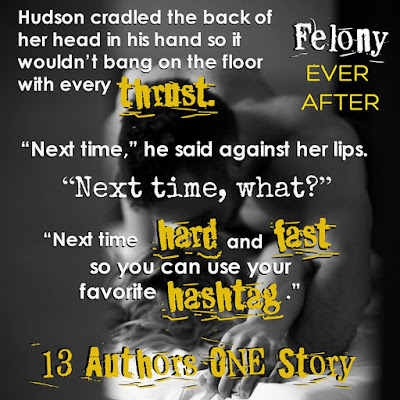 Straight up, I have not laughed this hard, or this loud in so long. This is the sh!t that would happen to me. But thank the lord I haven’t experienced it all—yet! I really just want to include all the (__) in this review but I’ll refrain… because I don’t want to spoil it for you!

The combination of these authors is #epic! A fabulous storyline, with #humor, #sexytimes, #shenanigans and a bit of #mystery!

Verity Michaels is new to NYC. She found a job and is surviving the day-to-day rat race like most new NY’ers. Until she gets into the cab. Who steals a cab? What is she going to do?

Hudson Fenn is a bike messenger turned cab thief and super-hot tattoo man. Their #antics, #chemistry, #heat, #comedy, and #crazy plays out all over NYC.

Felony Ever After is the whole package. Funny. Sexy. Fun. It’s all the elements that make up a book that you’ll never forget. You will want to read over and over and over again!

It reminds me a bit of the TLC album—CrazySexyCool. Yep, it’s all of those things and more!
~ Review by Heather

So, what happens when you have a ton of authors (who are each epic in their own way), and you try to throw them off by handing them a chapter full of ridiculousness to elaborate on, and turn into a real story? You get Felony Ever After. One of the funnest (Yes, I am making up words. It was that awesome) books I have ever read.

I loved the fact that at the very beginning, before the story ever starts, there is a page telling you how this all came about. Even though every chapter is written by a different author, the story flowed very well and was not at all choppy. The randomness that was thrown at these ladies was almost above and beyond the level that should have made this book readable, but they did an EPIC job. The characters were so well thought out that you would think this could actually happen to any of us!

So…this review is random and crazy, and may give you about 1% insight into this book and why you need to read it, but that’s okay. It’s just preparation for Felony Ever After...
~ Review by Devlynn 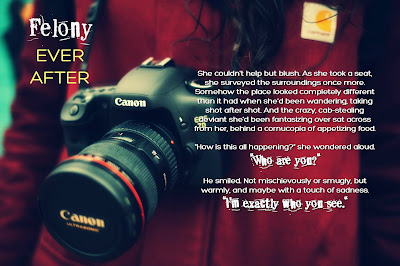 Find the Authors on Amazon! 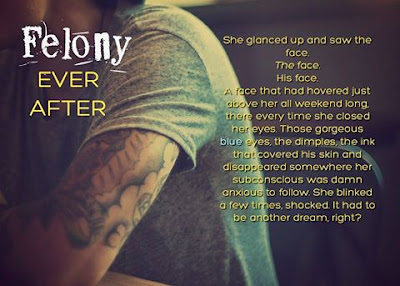