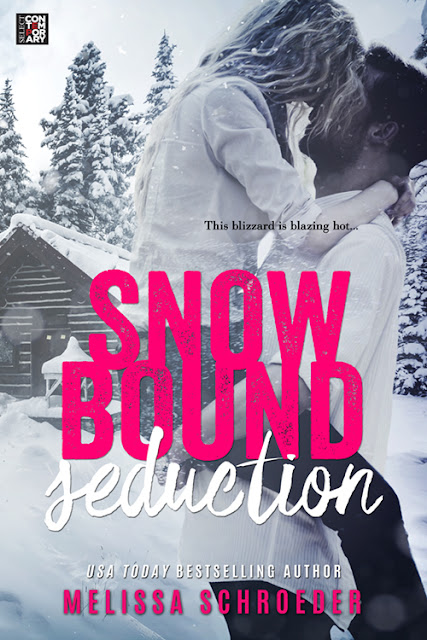 This blizzard is blazing hot...

Trevor MacMillian is the tart and incredibly sexy executive chef who’s made pastry chef Elaine Masterson’s life a living hell. But when she catches him in nothing but a tiny little towel, it’s almost enough to make her forget they’re stranded in a luxurious mountain cabin together...or that she hates him almost as much as she craves him like a sinfully forbidden dessert.

Being alone in a romantic secluded cabin might just kill Trevor outright. If Elaine hates him now, how much will she hate him if she finds out he’s been fantasizing about her full, kissable lips? So Trevor argues with her. Makes her angry— until an intense and unexpected kiss turns their hostility into insatiable hunger. And with this much heat, the snowstorm outside doesn’t stand a chance... 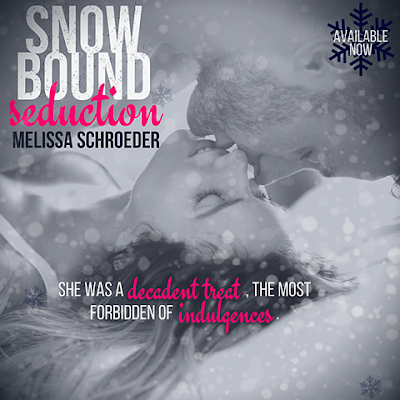 Trevor MacMillian and Elaine Masterson were co-owners. They worked together in their restaurant’s kitchen. They are two parts of a three-part business partnership but they can’t seem to find any common ground at work. Don’t even think about getting along outside of it. When their friend and partner had enough, the two find themselves enjoying a work-free weekend… alone… together. Oh boy, watch out!

This was a fun, quick trip through a snow-laden, anything but cold, standoff. Both Trevor and Lainey are horrified but then intrigued by their close quarters as they do try to find some way to smooth over their hostile relationship. He cooks and she bakes which gives them something to talk about other than sniping at each other.

“You said you had never had a snowball fight. Or even made a snow angel. That is just wrong, Lainey.”
“I haven’t had an enema, either, but that doesn’t mean I think I need to experience one.”

There is attraction there, you can see it simmering, and as it comes out in humor and heat the fun truly does begin! Hilarious conversations and smoking heat in the kitchen (and out of it) made this a calorie-filled sweet treat from start to finish.

P.S. I want so badly to hear their voices! Just imagining those chats with Trevor’s English accent and Lainey’s Georgian… Oh, I hope there’s an audible coming!
~ Review by Diane 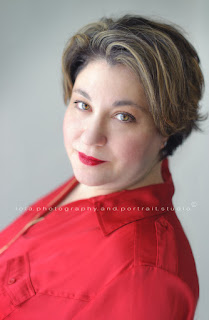 Born to an Air Force family at an Army hospital Melissa Schroeder has always been a little bit screwy. She was further warped by her years of watching Monty Python and her strange family. Her love of romance novels developed after accidentally picking up a Linda Howard book. After becoming hooked, she read close to 300 novels in one year, deciding that romance was her true calling instead of the literary short stories and suspenses she had been writing. After many attempts, she realized that romantic comedy, or at least romance with a comic edge was where she was destined to be. Influences in her writing come from Nora Roberts, Jenny Crusie, Susan Andersen, Amanda Quick, Jayne Anne Krentz, Julia Quinn, Christina Dodd, and Lori Foster. Since her first release in 2004, Melissa has had close to 20 short stories, novellas and novels released with five different publishers(Samhain being her fifth) in a variety of genres and time periods. Those releases included, The Hired Hand, a 2005 Eppie Finalist for Contemporary Romance and Tempting Prudence, a 2005 CAPA finalist for short erotic romance.

Since she was a military brat, she vowed never to marry military. Alas, fate always has her way with mortals. Her husband is an Air Force major, and together they have their own military brats, two girls, and an adopted dog daughter and they live wherever the military sticks them. Which she is sure, will always involve heat and bugs only seen on the Animal Discovery Channel. In her spare time, she reads, complains about bugs, travels, cooks, reads some more, watches her DVD collections of Arrested Development and Seinfeld, and tries to convince her family that she truly is a delicate genius. She has yet to achieve her last goal.

She has always believed that romance and humor go hand in hand. Love can conquer all and as Mark Twain said, Against the assault of laughter, nothing can stand. Combining the two, she hopes she gives her readers a thrilling love story, filled with chuckles along the way, and a happily ever after finish.