Review - Unexpectedly Yours by Coleen Kwan 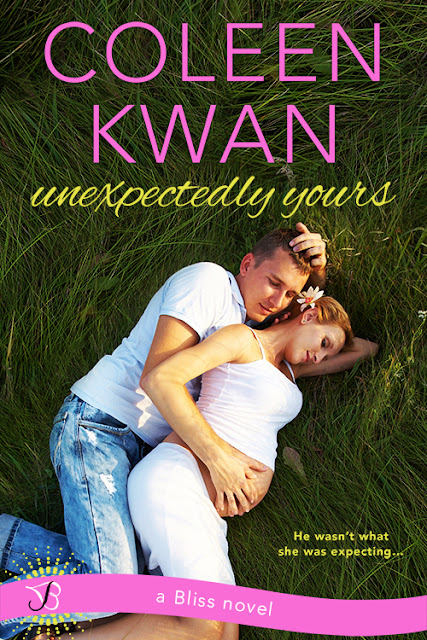 He wasn’t what she was expecting...

Derek Carmichael has harbored a secret crush on his best friend’s older sister for years, but she’s always been out of his reach. Now that Hannah is back in their hometown and newly single, suddenly the five-year age gap doesn’t seem so huge. But convincing her to see him as more than just the kid she used to know is another story.

Hannah Willmett can’t believe how grown-up Derek Carmichael has become. The troubled kid from her youth has turned into a sexy, successful TV celebrity, but Hannah’s wary of his player past and the rampant rumors connecting him to beautiful socialites. Still, she can’t help but give in when their attraction reaches a boiling point.

Trying to keep their fling a secret from her overprotective brother is one thing, but when Hannah finds herself unexpectedly expecting, her life is thrown upside down. She and Derek may be becoming parents together, but that’s no basis for a happily-ever-after. 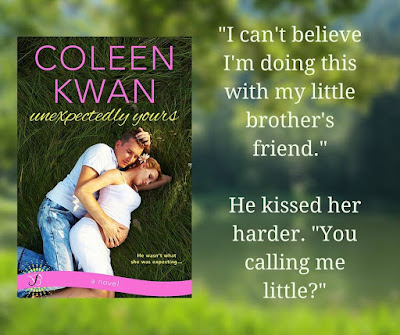 This story was such as sweet take on the brother’s best friend genre. It had a little twist thrown in too!

“It didn’t matter how grown up he looked, he was still her kid brother’s best friend, and she couldn’t get her head around that. And besides, he was a player – exhibit A: Marla Beaudry – and she was on a strict no-player diet.”

Derek, Hannah's brother Caleb’s best friend, sure had grown up in the last few years. A sexy carpenter and budding TV star, Derek was much more attractive than she remembered. But she wouldn’t go there; he was five years younger and she was just out of a crappy marriage where her husband cheated on her.

However, Derek has had a crush on Hannah since he was fourteen. Not being able to hide his attraction any longer, the two end up in a wild one-night stand.

“At first he’d just been a wicked one-night stand to boost her morale, but now there seemed to be more.”

So what happens when Hannah finds out that she is pregnant? You will have to read this enjoyable story about love, taking chances, and opening up your heart even when you’re scared. It was a cute and delightful book, and I really enjoyed it. I’m hoping we will get a Caleb and Amber story next!
~ Review by Tiffany

Derek had a crush on his older sister's friend for years, yet nothing ever came from it. He's now a "somebody", and in the same town as Hannah is, so it seems like the right time to make those dreams come true…

Hannah's trying to get over the devastation of her divorce, and living back with her dad and stepmom, so when she runs into Derek, she sees the man he's grown up into and is totally caught off guard. She's tired of playing it safe so for once she's throwing caution to the wind and ends up with a gift that was totally "unexpected".

Well, Derek… I loved his fierce and go get ‘em attitude, and his bullseye is squarely on Hannah. Now, there is plenty of small angst, yet it was refreshing and welcoming. To see the way Derek assures Hannah that he is a changed man was so sweet and had me smiling like a fool. Hannah was a tough cookie, but Derek didn't give up—instead he made sure to prove to her how much he wanted a life with her.

A sweet fast read that left me with a Big Ole Smile. I will definitely be on the lookout for more on Ms. Kwan.
~ Review by Kara

If you're looking for an unexpectedly cute book with a swoony book boyfriend you want to call yours, then look no further than Unexpectedly Yours.

It's light and playful, perhaps a little cliché and predictable, but incredibly easy to read and enjoy. So, that's exactly what I did. In the space of a few short hours, I raced through this best friend's BIG sister romance, and while the pregnancy stuff caused my brow to furrow a little—the timing of it feeling a bit off—I found myself very interested to see how everything turned out for Hannah and the delectable Derek.

Especially for Derek. He was all kinds of loveable; a man good with his hands but not always goods with his words, he charmed me completely. I felt he was being unfairly judged at times, and wearied a little of the constant references to his past, in particular Marla, because it felt so forced. While he may have once been a player, that assumption of him didn't match the wonderful, kind and mature man he was written as.

However, I can look past that because, despite my minor misgivings, I was so engaged by this sweet story that I didn't want to put it down. I enjoyed the fact that Ms. Kwan took us gently through Hannah and Derek's relationship—from friendship to flirting to family. Plus, she rounded it out with a completely satisfying ending.

From beginning to end, Unexpectedly Yours was adorable, and left me thinking that if Ms. Kwan were to turn this into a series, giving Caleb a book, I would definitely come back for more. Having enjoyed this book, what else would you expect?
~ Review by Beth 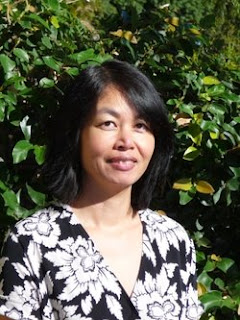 Coleen Kwan has been a bookworm all her life. At school English was her favorite subject, but for some reason she decided on a career in IT. After many years of programming, she wondered what else there was in life -- and discovered writing. She loves writing contemporary romance and steampunk romance.

Coleen lives in Sydney, Australia with her partner and two children. When she isn't writing she enjoys avoiding housework, eating chocolate, and watching The Office.