Review - Wife for the Weekend by Ophelia London 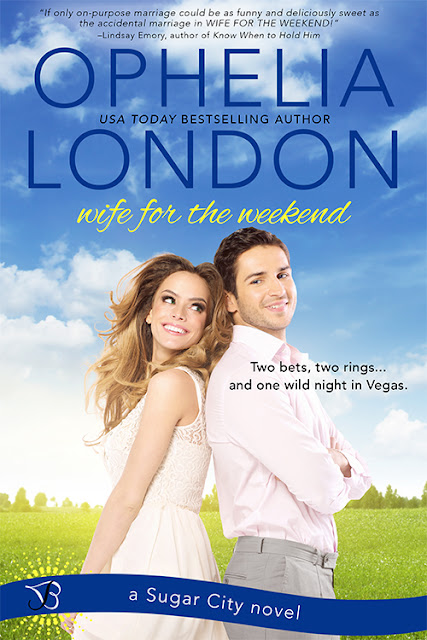 When bad weather closes the airport, free-spirited Jules Bloom finds herself stuck with the admittedly hot but total suit Dexter Elliott. One night and one large pitcher of “Vegas Sunrise” later, Jules wakes up in a hotel bed with a vicious hangover…wearing nothing but a wedding ring.

Determined not to ruin his brother's wedding, Dexter strikes a deal with the frustratingly gorgeous Jules to continue their quickie marriage through the weekend. Only she keeps getting under his skin in unexpected ways.

Jules has her own reasons for staying married to Dex but they seem less important with each exaggerated touch and staged kiss. But one marriage, one major secret, and two complete opposites don’t add up to a happily ever after… 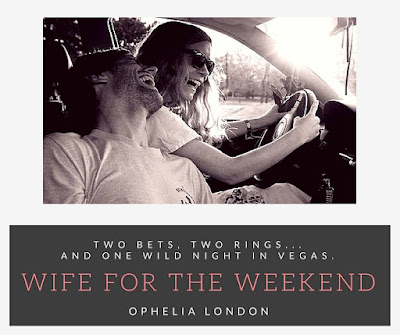 Eek, this book was so sweet and charming!! Seriously, I suspected it might be from the cute cover and the fun blurb, but it really was just a light, quick and swoony romance—kinda perfect to while away a lazy Saturday afternoon.

Wife for the Weekend may not have been anything overly ground-breaking, but it was flirty and all kinds of adorable. And funny—very, very funny. I laughed-out-loud on several occasions early on in the book, and although the humor trailed off somewhat as the book progressed—and the situation Dexter and Juliet found themselves in took on a new meaning and became more complex—it remained a book that made me smile.

Not just smile, though. It gave my romantic heart a reason to pitter-patter inside my chest. It was nice, seeing Dex and Jules fight their growing affection for one another, and I did really enjoy the way their differences created moments of light-hearted banter—and also helped them find occasional common ground.

There were one or two things in this book I would have liked a little more information on, or time spent on. The ending, while sweet and appropriate, didn’t quite get to that moment I had hoped for—and yet, it was enough to leave my heart feeling light.

And how could it not, when Dex proved himself to be quite the book boyfriend—and husband. I loved him, this workaholic with the analytical mind and crazy family. Evidently, said crazy family appears in more books, as Wife for the Weekend is, in fact, the third in the series. While this is the first one I have read, it was no struggle for me to keep up, and the glimpses I got of the couples that have been—and the people to come—certainly piqued my interest. There’s not much I enjoy more than a lazy Saturday with an engaging and endearing book, so I will be back for more from Ophelia London.
~ Review by Beth 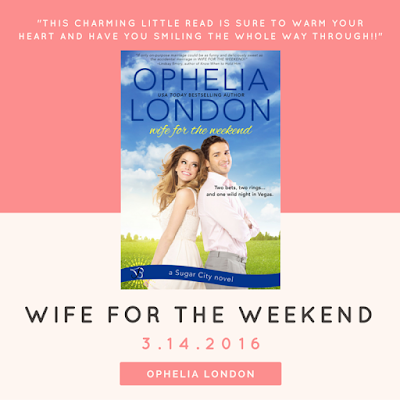 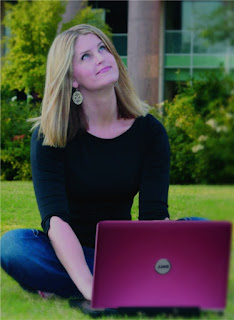 USA Today bestselling author Ophelia London was born and raised among the redwood trees in beautiful northern California. Once she was fully educated, she decided to settle in Florida, but her car broke down in Texas and she's lived in Dallas ever since. A cupcake and treadmill aficionado (obviously those things are connected), she spends her time watching arthouse movies and impossibly trashy TV, while living vicariously through the characters she writes. Ophelia is the author of the Sugar City series, including WIFE FOR THE WEEKEND and KISSING HER CRUSH; AIMEE & THE HEARTTHROB; CHALK LINES & LIPSTICK; DEFINITELY, MAYBE IN LOVE; the Abby Road series; and the Perfect Kisses series. Visit her at ophelialondon.com. But don't call when The Vampire Diaries (or Dawson's Creek) is on.