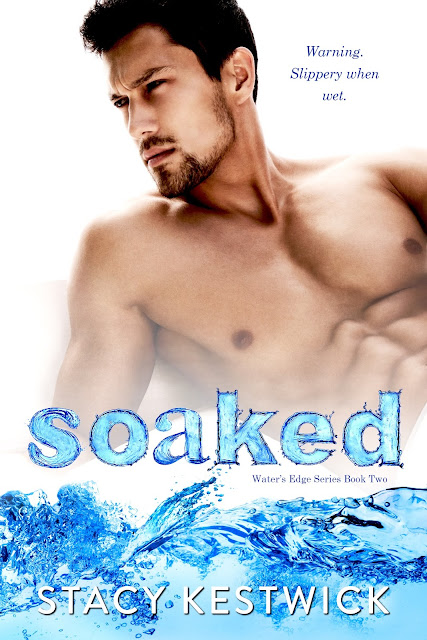 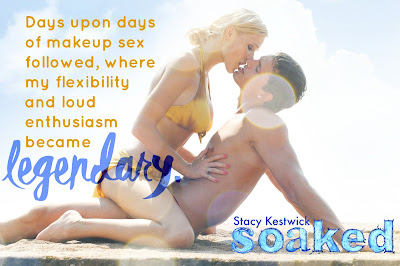 Having hope was her weakness.
If Sadie Mullins hadn’t started to believe in love again, hadn’t let herself fall for him, she wouldn’t be feeling this way.
Wouldn’t have her heart breaking.
Wouldn’t regret meeting West Montgomery.
The cocky bastard should have left her alone, let her forget about him.
Let her move on with her life.
Of course, he didn’t.
That could have been the end of it.
Of course, it wasn’t.
Damn hope. 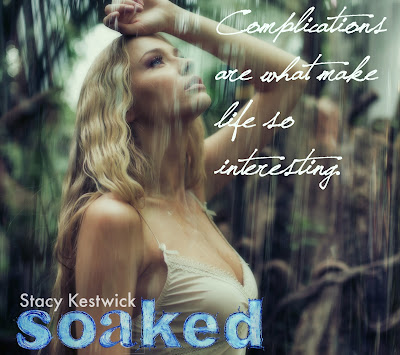 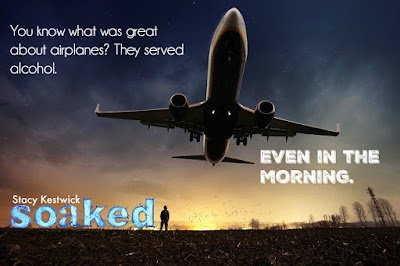 This is not an accusation I make lightly, but I suspect this book might have been laced with crack. I mean, I'm not sure how else to explain how it kept me coming back for more. Ignoring my children and my grown-up responsibilities, I sat for nearly every waking moment—nose buried in my Kindle, jaw slackened, heart racing, then breaking, then hoping, then racing again as I let Stacy Kestwick ease me down from the ledge she left me dangling on at the end of Wet.

I'm safely off the ledge now, and I'm bursting with happiness. It was a bit of a wild ride—I was frustrated sometimes with Sadie. I felt like there were some important conversations she could have had with West that would have resolved their issues much more quickly—some conversations that they actually never did have—though they were able to resolve things in the most spectacular way without them. So mostly, that’s just a niggling thought rattling around in my hungover brain and honestly, aside from that, I adored how their story resolved.

Sadie experienced a tremendous amount of growth—made peace with her past, and embraced a newer, stronger version of herself. And West. *Sigh* West just kept stealing my heart over and over again. He's amazing, if a little obtuse sometimes (Men!). I adored him. I adored them. I adored this entire story so, so much. I literally could not put it down.

This was a completely satisfying conclusion to Sadie and West's story. It also opened up a lot of doors for secondary character stories. There are a lot more that I'm going to need, including Rue and Grady (of course), but also Nick. And Theo. And Wyatt. And then I'm going to need some kind of detox if they're all laced with the same kind of crack that this one was.

Soaked was funny and smart, charming and satisfying. I was sucked in immediately and gripped by every word until that swoony, sigh-worthy conclusion. I am loving this series so hard, and cannot wait for more from that to-do list I just issued Ms. Kestwick up there.
~ Review by Shelly

I have SO MANY things I want to say about Soaked. About how much I loved West and Sadie. (And Rue and Grady. Hell, even Nick.) And how much I HATED Aubrey. And the Asshole.

Oh, and about how completely and utterly diabolical Stacy Kestwick is.

Soaked picked up the story started—and left hanging off a cliff—in Wet, and I feel like I waited FOREVER (perhaps a slight exaggeration) for it. So, was it worth the wait? That's a resounding HELL YES. It was all I had hoped for, maintaining the swoony, funny, heated charm of Wet, and adding in a dash of real-life frustration to boot. In fact, I wasn't even halfway through this book, when I had to stop and take stock. Because I'd already experienced basically ALL of the feels—heartache, lust, frustration, swooniness, adoration, and anger. There were others, too.

For example, that annoyance you feel to towards a character—or in this case, characters *cough Sadie and West cough*—because they're not doing what you KNOW they should. Also, the love you still feel for them, despite that. And I did love this couple, so, so much. I teetered on the edge of so pissed off I was feeling STABBY, and so heart-sore over their woes that I wanted to wrap them both up in a big, warm hug. Because their reactions are what anyone would do in their situation, basing their assumptions on their own experiences, and knowing only what they know—and not what we as readers are privy to…

For a book so focused on the water, Soaked was a flame. Beautifully mesmerizing, able to destroy (my heart) and become the perfect place to start over. It was smokin’ HOT, utterly unputdownable, and left me completely satisfied, with a light heart and a big, goofy smile. And, actually, salivating for more of the Water’s Edge crew, specifically Rue and Grady. With West and Sadie’s romance told, oh, so perfectly, Rue and Grady seem to me to be the ideal place to start over… I'm sure I'd have a lot to say about that book, too.
~ Review by Beth 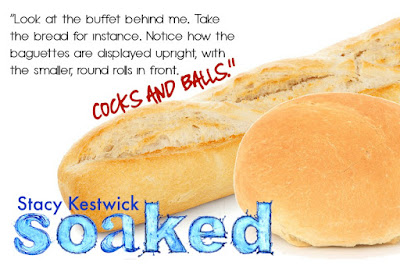 The bartender was my new best friend. I frowned. Well, after Rue. And Theo. My third best-est friend. Because she kept pouring me these great margaritas.

But Alison? My third best-est friend? She made some damn good ones. And there were so many flavors! Lime was okay. Mango was better. Watermelon wasn’t that great, but I drank it anyway because I didn’t want to hurt its feelings. I was almost finished with blood orange and it might have been my favorite, but I still had two flavors to go, so who knew?

The only thing I needed to decide on was whether pink lemonade or pineapple was next.

Wait — that only worked if the guy drank it. Right?

And it was fucking glorious.

Alison was my new third best-est friend and blood orange margaritas were the shit.

I swung my head around when I heard the stool next to me being slid across the terracotta-tiled floor and almost lost my balance.

But Nick caught me.

Niiiiiiick. He looked nice tonight. Tight, dark shirt. Fitted khakis. I could kind of see the outline of his bulge against the fabric.

West had a nice bulge too.

I wrinkled my forehead. No. I shook my head. No.

Not thinking about him tonight.

Hey! Nick was here. Maybe he could drink the pineapple margarita and help me remember. I could get the pink lemonade one then.

I grinned up at him, and poked him in the chest with my finger.

“Alison!” I yelled. “This guy—” poke “—needs a pineapple margarita. And I’ll take the lemonade one next.”

She raised an eyebrow and looked at Nick for confirmation.

Nick with the bulge.

He leaned closer to me. “Why pineapple?”

I rolled my eyes. “Because I can’t remember. And this will solve the problem!”

“If it’ll make you taste sweeter.”

He stared at me, then coughed. “Do you mean—”

I leaned over and patted his lap. “Down here.” 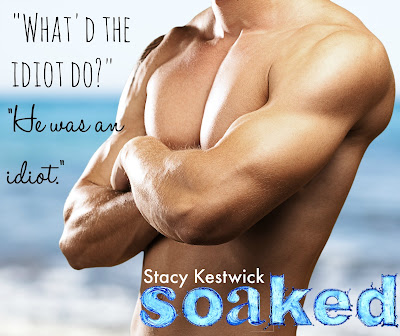 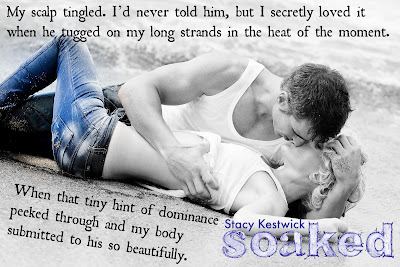 Stacy Kestwick is a Southern girl who firmly believes mornings should be outlawed. Her perfect day would include lounging on a hammock with a good book, carbohydrates, and the people around her randomly breaking into choreographed song and dance routines. It would not include bacon, cleaning, or anything requiring patience.