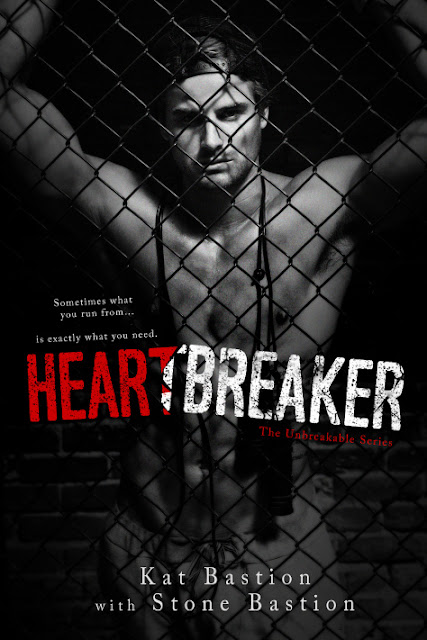 Only instead of Darren Cole becoming her one-night stand, he taunts her with a challenge. Then while she’s trying to best him at his own game, he turns out to be the last thing she’s prepared for: someone she wants to keep.

Which means all he can ever be…is a friend.

Darren Cole never allows a girl to get close—not close enough to matter.

Then storms in Kiki Michaelson, a beautiful, fearless temptation that rocks his world off-balance. But he fights their attraction, unwilling to gamble something physical with their close ties. Until the passionate sculptor exposes her heart and breaks his wide open.

In that moment it becomes clear: she could never be just a friend.

Sometimes what you run from…is exactly what you need.

***HEARTBREAKER is a standalone, full-length new adult romance told in dual POV. Due to mature themes and adult language, this book is for those 18 and older.*** 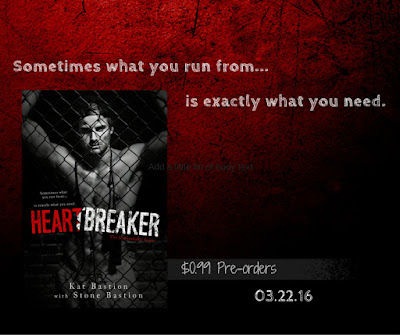 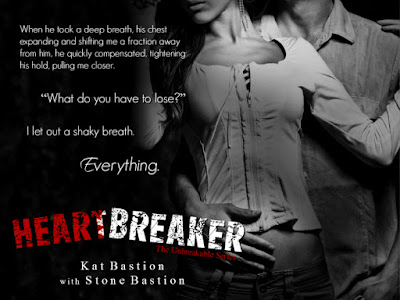 Heartbreaker is different than anything I’ve read in a long time. And different is good. Really good.

Darren Cole is the almost perfect man. He loves and sacrifices for his family. He struggles with being enough, as most of us do, but that doesn’t mean that he doesn’t desire just a bit more. Enter Kiki Michaelson. She wants Darren but for one night only…

Let’s be real here, when an author makes the male lead the hero in the story in the most understated way, it’s amazing! I wasn’t a fan of Kiki. There were so many things that made her off-putting to me, but the more I read, the more I began to understand her. Does that mean I changed my mind and began to like her? No, but I did love Darren.

From the very beginning, there was something mysterious and kind about him. Something that made me want to dig deeper and figure out what he was all about. This book deals with real issues. Life changing, real life, hauntingly heartbreaking issues. While reading Heartbreaker I was reminded how quickly life can change, in just an instant. How you must tell the people you love, that you love them. That we all have flaws and embracing those flaws are what make us uniquely us. When we find someone who doesn’t want to fix us, but embrace the crazy mess that we are, life can be extraordinary. It can.
~ Review by Heather 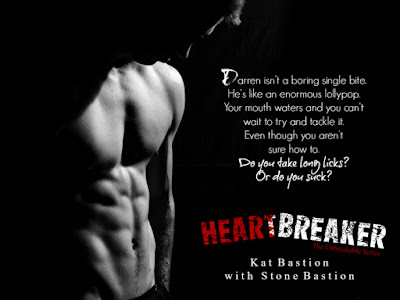 Kat and Stone Bastion’s bestselling first novel No Weddings and the No Weddings series were named Best of 2014 by multiple romance review blogs.

When not defining love and redemption through scribed words, they enjoy spending their time mountain biking and hiking in the beautiful Sonoran Desert of Arizona. 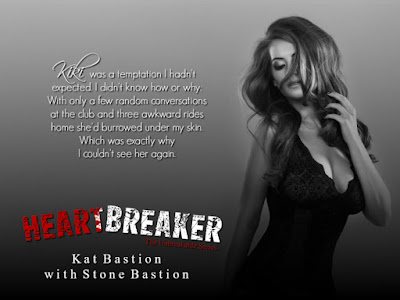 Posted by Beth Cranford at 2:40 pm