Review - Surrender at the Border by Risa Leigh 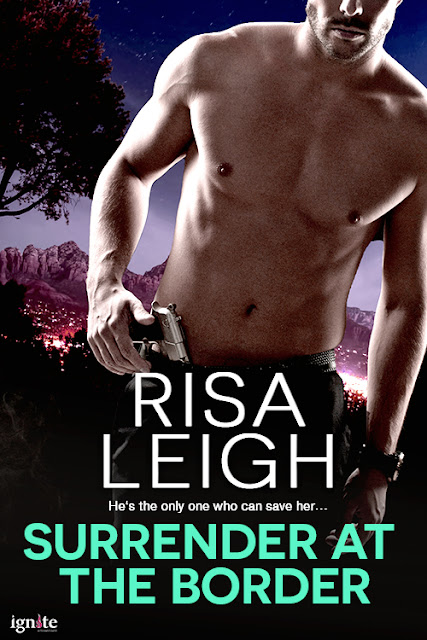 He's the only one who can save her...

ATF agent B.J. Carleton’s first priority is stopping the flow of guns into Mexico until sassy Callie Snowden finds herself in the sights of a ruthless gunrunner, a man B.J. suspects killed her husband. After the tragedy Callie retreated home to her small Texas town, thinking she’d found safety. Now secrets from the past plunge her into a nightmare.

When she and B.J. are kidnapped by ruthless cartel henchmen and taken into the Chihuahuan desert, B.J. must protect Callie from the killers and harsh terrain. As they run for their lives, the past continues to play itself out and catches them in its deadly spiral. And if B.J. gives in to his overwhelming attraction for her, he may lose everything...for both of them.

What do an ATF agent and a small town librarian have in common? Well, more than you would think if you are B.J. Carleton and Callie Snowden. Both have lost spouses to violence and, even years later, they are dealing with the aftermath. Despite a rocky start to their relationship, professional courtesy gives way to more personal feelings as they find themselves fighting for their lives… together.

This is a romantic suspense with a Mexican cartel, drugs and a stalker providing the sinister backdrop to B.J. and Callie’s romance. Having suffered loss before, they both are understandably wary when their attraction for each other sneaks up on them. Both have reasons for not committing and, considering they are on the run, pretty valid ones at that.

I can’t imagine how scary their situation is but they seem to take it all in stride. B. J., I can understand being cool under pressure, given his career and all. Callie was a surprise as she took each challenge and blow in stride. Almost too much stride. Not that I wanted her to have fainting spells or hysterics or anything—that would not be cool either. She did seem to be a bit cool and reserved though when I wanted her to be just more.

The pieces all fit together very neatly though their roller coaster ride courtship was anything but the “norm”. An interesting start to the series; I’m curious where the next story will go.
~ Review by Diane 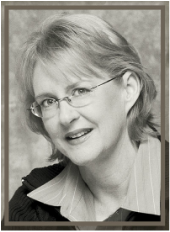 Risa Leigh writes her love stories set against a backdrop of adventure and suspense. She grew up in wide-open spaces of west Texas then moved all the way across the state to the Dallas-Ft. Worth metroplex. She has been a librarian in community, school and college libraries and worked as a bookseller. Naturally she likes to read. Learn more about Risa at her website at RisaLeigh.com.

Email ThisBlogThis!Share to TwitterShare to FacebookShare to Pinterest
Labels: 3.5 stars, Review, Risa Leigh, Surrender at the Border, the Border series