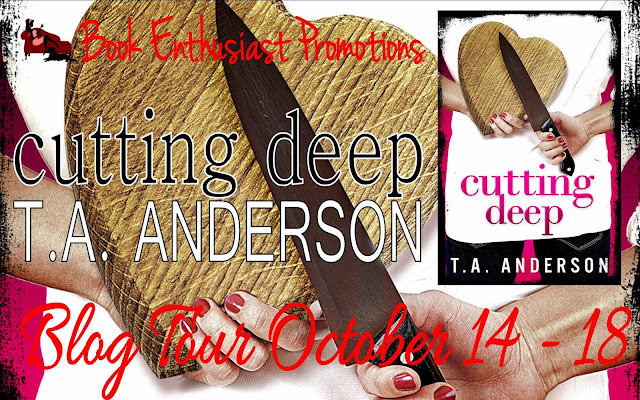 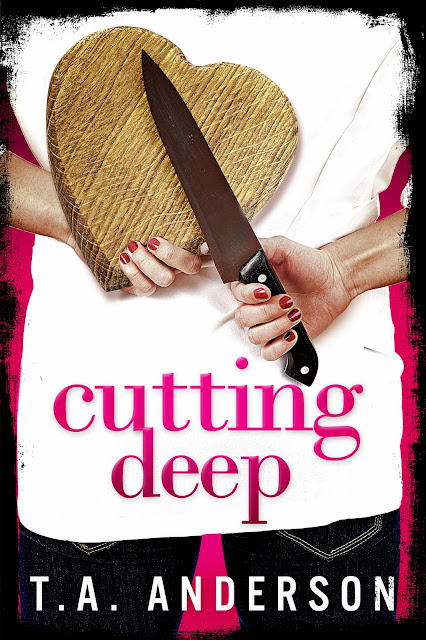 Setting off on her dream of culinary school, Ande finds herself knocked senseless by her incredibly sexy Chef Instructor, Daniel, who also happens to have the brains and heart to match.With her plan to keep herself from repeating history, she attempts to deny what could possibly break her. Ande finds out she is not the only one with a torrid past when a bright light is shed on Daniel’s former years.


When ghosts from her past find her in the middle of her trek through culinary school and an impending relationship with Daniel, her life takes a disastrous turn. She must find the strength to push through school alongside a man that drives her wild with lust, all while trying to figure out her relationship with a stranger from years before.With help from her friends, and a tad bit of alcohol, Ande navigates her way through the pitfalls of falling in love, being broken hearted and making lasting friendships.


An amusing love story filled with steamy sex, heartache, and surprises at every turn.

I pulled up to my favorite sandwich shop, Subs and Taters. I spotted Charlotte and Beatrice waiting outside of the entrance. “Hey ladies.” We exchanged hugs as I looked around for Jenny.
“Is Jenny coming?”
“No, she text me and said she had to take care of something for her husband.” Beatrice shrugged, as we headed toward the door.
An hour later we emerged from the sandwich shop and headed to our cars.
“Text me later so we can plan our moving day.” Charlotte waved climbing into her car and I waved as they drove off. I turned and grabbed for my car door but stopped promptly, catching a glimpse of a truck that looked similar to Daniel’s, parked on the other side of where Charlotte had just been.
Holy shit! I examined the truck, noticing a sticker on the back window of a chef knife. I’ll be damned. It was his truck. I inspected the surrounding buildings, trying to guess which one he would be in. Maybe I could fake a chance run in with him. I hadn’t heard from him since the last night we were together, and it was driving me insane.
I read the signs on the buildings. Attorneys, a flower shop, a health food store, and an antique camera shop. The health food store seemed like a shoe in, so I went for it. The place was tiny compared to a grocery store, so it didn’t take me long to walk around the entire perimeter. No sign of him. Maybe he was in the bathroom.
I left the store in a hurry. The woman at the register had a watchful eye on me, I’m sure thinking I was going to steal something.
I stood up against the wall outside, chastising myself for creeping around. What was I doing? If he wanted to talk to me he would have text or called. He made it a point not to over use the privilege of having my number, but I wanted him to abuse his privilege.
I walked back to my car, shoulders slumped, feeling defeated. I turned to get in my car, and nearly convulsed when I spotted Daniel walking out of the old camera shop.
“Shit!”
I ducked behind my car and watched him through my window, as he talked to an older gentleman that followed him out of the store.
He exchanged words with the man for a few moments, then gave him a hug. He turned in my direction and pointed his key at his truck. I tried to duck down further behind my car when I heard him call my name.
“Ande?” I slapped myself in the forehead, rising from behind my shield. I gave him a weak smile, waving at him.
“Hi.” He laughed as he walked closer to me. “What are you doing? Were you hiding behind your car?” I fidgeted with my keys as I stuttered.
“Ummm, I… no, I was checking my tire pressure.” He laughed louder as he came around my car and stood in front of me.
“Tire pressure looks fine to me. Maybe I should take a closer look.” He leaned down, pressing his fingers on the tire. When he came back up I jumped, feeling his hand slide up the inside of my leg.
“Yep, it’s good.” He smirked as he straightened in front of me.
I chewed on my bottom lip, reeling from the short lived feel of his hands on my body.
“So, you’re stalking me now? On top of the creepy watching me without my knowledge thing you do?” His eyes were brimming with amusement.
“Not exactly,” I answered, shaking my head as I pointed to the sandwich shop.
“I met some friends for lunch. When I came out I saw your truck. I didn’t want you to think I was following you, so I hid.” He chuckled softly.
“Well it’s too bad you ate already. I’m famished. When I saw you, I thought of food immediately.” His seductive grin caught me off guard as he pulled me in for a hug.

I reside in Sunny Southern California. I recently self published my first novel, Cutting Deep. I wrote this during a quarter life crisis, and never dreamed it would ever be finished or actually published. I would say I have the worst sense of humor out of anyone I know, except my friends. I find things funny that others may find not so funny, but I cant help myself. I try to find the humor in everything in life. I’m addicted to tattoo’s and I’m not sure I know one person in my massive family that does not have a tattoo. Crazy Right?
I will leave you with this quote “Either write something worth reading or do something worth writing” -Ben Franklin.
I truly believe that every person is capable of doing great things. If you told me a year ago I would be self publishing my first novel I would have slapped you and called you crazy. But that is the point. We never think we are capable until we do the unthinkable.