Book #1 in the Beautiful Rose Series

Jack Falcon is a new man. Three years after he left his life behind in London, Jack finally feels settled. He’s surrounded with everything that is important to him; a great relationship with his brother, Alex, a bar he is about to re-open, and most importantly, he has control of his life and his dreams. He knows he can’t undo the wrongs of his past, but he sure as hell can determine his future. He has worked hard to move forward and nothing is going to undo that.

Until he meets Rose.

Rose Wilson has never felt normal. Since she was a child, Rose has felt nothing but the overwhelming desire to end her life and she has no idea why. We live to die, so what’s the point in living? Rose has pushed the limits in the past, and pushed people away. She can’t figure out why Jack and Alex are so insistent on helping her. Twelve years of therapy has failed to help her, so why should they be any different?

Jack sees just how beautiful and important Rose is, but convincing her of that means putting his heart on the line, something he isn’t sure he can do. He can’t deny his feeling for Rose, but that doesn’t mean he has to act on them. And Jack isn’t the only one developing feelings for Rose.

Before Rose, Jack vowed he would never let himself fall in love again.

Before Rose, he had control.

But sometimes, it’s losing control that makes you really see what’s really important in your life.

Seduce (Prequel to Beautiful Rose)
Jack has proven he is more than a manwhoring, self-conceited, daddy's puppet; instead we get to see he is really hiding a vulnerable and insecure side and is so afraid to allow himself to be loved. While he remains a man with his constant thoughts of sex there is no denying the tremendous growth we see in him. The second half of the book leading up to the end was closer to 5 stars for me; however the insensitive, crude, and women demeaning side of Jack we see for a better part of the first 35% of the book kind of deterred my liking.
Missy Johnson does an excellent job offering the voice of a male POV. The supporting cast was present just enough to make an impact on the story. I cannot wait for more of their involvement especially Alex and Luke in Beautiful Roses.
I knew this book was not going to offer a happy ending but I was still unprepared for the emotions associated with the ending. Whether it be a partner, family member, friend or even a pet we all unfortunately have experienced the same pain as Jack at the end. Beautifully written Missy.
"Everything that is beautiful is caught up in you,
I'm so in to you baby, that this is what I wanna do,
These feelings make me nervous, it's something so new,
But I'm into you darlin' and I'm gonna see this through
Everything that is beautiful is caught up in you,"
"I wish i'd have told you how much you meant to me,
You're forever in my heart, nut now I need to set you free,
I don't want to live without you, I need you by my side,
But now you've got your wings, Angel, I want you to fly."

Perfect example, although it is shattering, that God introduces people in to our lives for a reason. While we do not get to choose how long we have people in our lives their existence has a meaning <3
"For the first time, I was actually feeling this new beginning for what it was: a chance to live my life for me and nobody else. For that, I thanked Belle."
I am so fearful that the loving, compassionate, mature, considerate Jack we got glimpses of, is broken beyond repair. On the other hand, I have hope and faith that this man will, from the strength in this struggle, become everything he has held himself back from!

Beautiful Rose
Jack is back and as expected the ending of Seduce has changed him, but not expected is the degree of change we see.

Beautiful Rose starts off three years following the tragic end we see in Seduce. Jack is a shell of his former self. His cockiness has been replaced with vulnerability. While he remains confident in his appearance, he closes himself off emotionally. He fears not only getting hurt himself, he is convinced he will taint women with his “fucked upness.” We still see glimpses of Jack’s crude sense of humor but it is overshadowed by the melancholy cloud that consumes him.

Now living in the U.S with his brother, Alex, we get to see the true nature of the bond of brotherhood between these two. The interaction between Jack and Alex was by far one of the highlights of this read for me. Their relationship mirrors that of everyday siblings. We see them laugh, bicker, comfort, reminisce and challenge one another. Alex kinda stole the spotlight for me from Jack.

“My brother was the one constant of my life. He was my best friend and the person I looked up to most, so making time for him was something I’d always put first.”

Alex is smart, witty, wise and unbelievably compassionate. He is the voice of reason countless times for both Jack and Rose. If not for Alex, we would not have met the intriguingly flawed Rose. While I was somewhat disappointed in the direction Jack's development went, I was fully invested in Rose's character.  Rose is a patient at the mental institution Alex works at. She is so vulnerable yet has a hidden strength she isn't aware of. She is broken yet level headed and mature about her issues. Each day is a battle with anxiety for Rose. Unsure of the origin of her fears, she fails to see the point in her existence.

In addition to Alex, another secondary character who really grabs you is Darcy. She is the perfect friend for Rose. Darcy is blunt, pushy, sassy and yet she has the biggest heart. She will make you laugh with her not so subtle attempts at playing matchmaker between Jack and Rose. I was Darcy’s number one cheerleader. I was overjoyed that Rose had a friend like her. As a reader there are so many times you want to reach in and either hug Rose or reassure her “I am here for you” and Darcy fulfills both those roles.

“You deserve to be happy as much as he does. And what if being with Jack dos make a difference to how you feel?” Maybe the thing that’s been missing in your life is unconditional love…something you never had from your parents.”

I did feel the connection between Jack and Rose was a tad on the insta-love side. Also, the last 20% was rushed for me. After certain events take place I wanted a little more insight rather than everything resolved/swept under the rug in one weeks time.

Missy Johnson does a spectacular job discussing some heavy issues in regard to Rose’s mental instability. I did feel the character growth was more one sided though. We see Rose progress over the whole course of the book, however, Jack’s growth happens like a light switch. For 80% we see the same Jack than FLIP, the switch is turned upside down and he is changed? The message intertwined throughout the book is of second chances and redefining oneself to move forward. Do I still have a soft spot for Jack Falcon, Of course! But am I ready to convert sides to Team Alex HELL YES!! Bring on Alex’s story.
ARC courtesy of author Missy Johnson in exchange for honest review
~ Review by Tori 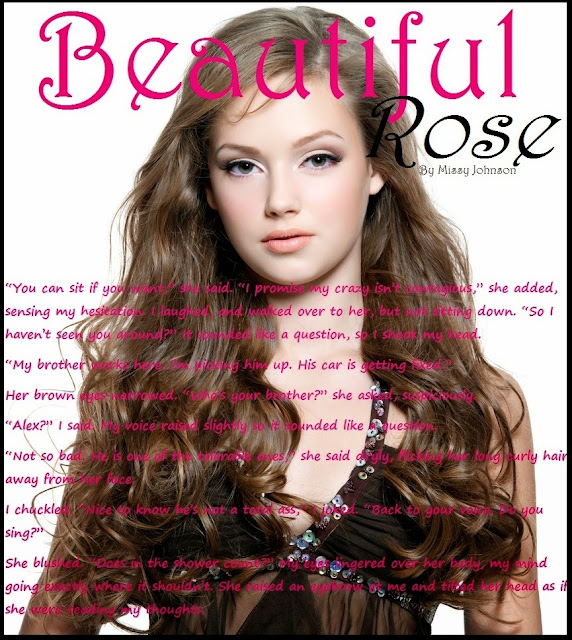 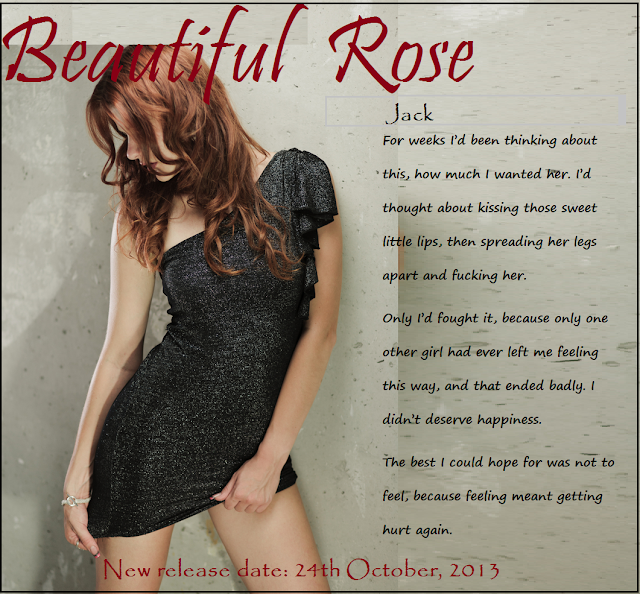 a Rafflecopter giveaway
Posted by Give Me Books at 4:46 pm