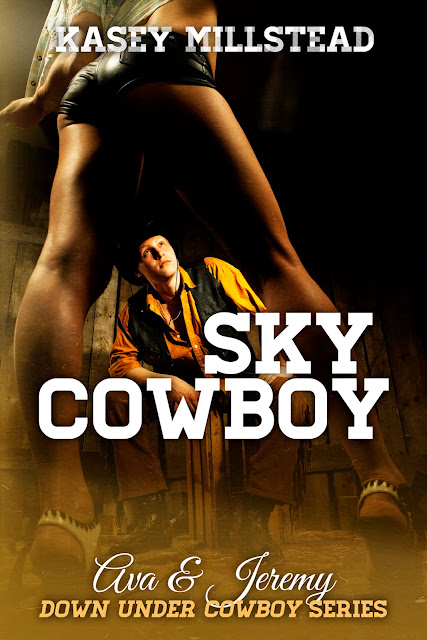 
Book #2 in the Downunder Cowboy Series

Ava Crawley only had one dream in life; grow up and marry the boy next door, Jeremy Henley. When she was twenty, her dream was crushed by her nasty, vindictive, deceitful sister Kennedy. Unable to handle the hurt, Ava fled.


Jeremy Henley is a Sky Cowboy in Australia’s Northern Territory. Along with his twin brother, Jackson, he is Pine Creek’s finest catch. Jeremy doesn’t give a damn about that, he only cares about the most beautiful woman he’s ever seen; Ava Crawley. After years of waiting for Ava to show an interest in him, an opportunity presents itself and Jeremy takes it. Then, Ava up and leaves for France. No explanation. No goodbye. Nothing. She doesn’t come back for three years, and when she does, Jeremy has a baby son.
Will Ava and Jeremy be able to overcome the pain of the past and give their love a chance? Or, will Ava lose her life just as she’s starting to live her dream? 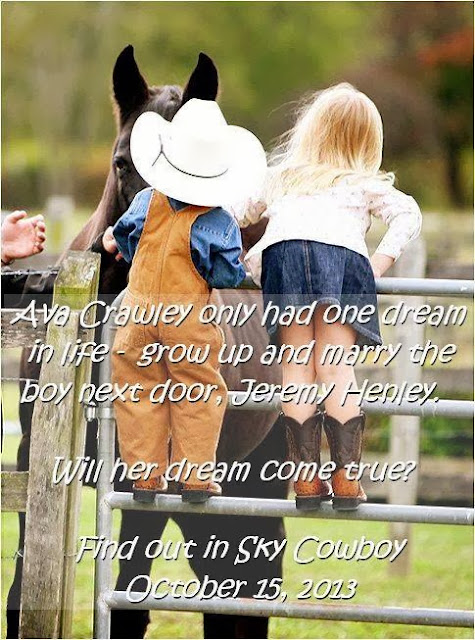 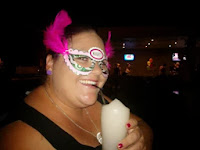 * I'm 29 years old
* I've been married to my husband Troy for 10 years and together we have 4 children - Zach, Jovi, Demi & Cruz.
* I live in a small country town in NSW, Australia
* I LOVE to read and write
* I LOVE to bake
* I LOVE socializing

* My friends laugh at me because I will talk to anyone, anywhere.  It's funny now but it wasn't so funny for my mum when she had to drag me away from strange homeless people at the train station when I was little, and I may or may not have been going to go in crop dusting plane with a man I'd just met when I was about 4!!

* I read fiction until I was 11 years old.  After that I read non-fiction, true crime, bio's etc.  When my son Jovi drowned in 2011, I found I couldn't bring myself to read non fiction anymore - it was too "real".  Fifty Shades was dominating the media so I got myself a copy and I'm not ashamed to say I read all three of those books at least ten times each.  They allowed me to forget my reality for a little while.  Then I decided that I was going to follow my dreams and write.  I wanted to show my children that just because their brother died, didn't mean they did or our family did.  I want them to reach for the stars and chase their dreams, and the best way to do that is to lead by example!

Cowboy Town, Book #1 in the Downunder Cowboy Series is available to buy now 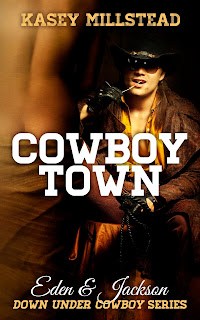 a Rafflecopter giveaway
Posted by Give Me Books at 9:07 am