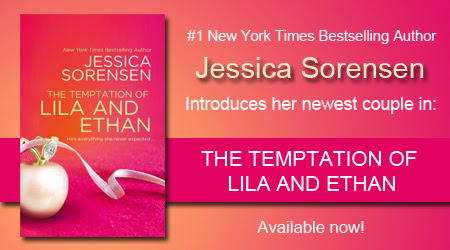 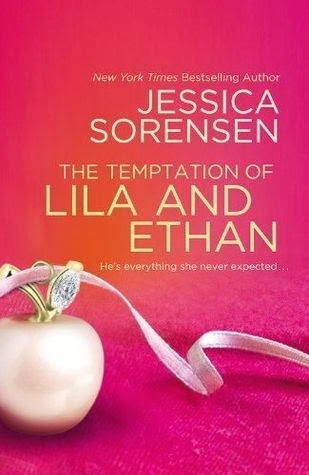 On the surface, Lila Summers is flawless: good looks, expensive clothes, and a big, beautiful smile. But a dark past and even darker secrets are threatening to bubble over her perfect façade. She'll do anything to keep the emptiness inside hidden-which leads her into situations that always end badly. Whenever she hits bottom, there's only one person who's there to pull her out: Ethan Gregory.

Ethan set the rules a long time ago: he and Lila are just friends. He doesn't do relationships. Although his tattooed, bad boy exterior is a far cry from Lila's pretty princess image, Ethan can't deny they have a deeper connection than he's used to. If he's not careful, he could be in serious danger of becoming attached-and he's learned the hard way that attachment only leads to heartbreak.

When Lila falls farther than she ever has before, can Ethan continue to help as a friend? Or is he also getting close to falling . . . for her

“Why is this bothering you so much?”


I stare at the back of her head as she rests her chin on her knees, staring out at the desert land. “It seems like you’re bothered,” I point out.


Her shoulders lift and descend as she shrugs. “If you leave, then I’ll be alone.” She mutters it so quietly I can barely hear her.


I’m silent for a while, unsure what to say or if there’s anything I can say—want to say. “You can come with me.” It slips out and I want to smack myself on the head. Taking her with me would defeat the purpose of escaping the noise and people, yet at the same time I know I’d miss her if I left her behind.


She glances over her shoulder with skepticism on her face. “Could you imagine me living in your truck, because I sure as heck can’t.”


“Why not?” Again, what the hell is wrong with my mouth? Why can’t I just let it go? She’s giving me such an easy out to a huge commitment I shouldn’t be taking.


“Because I don’t understand why anyone would want to take off from a city where you have everything at hand and live in a truck where you have nothing but a backseat. It’s pretty much like being homeless.”


I kneel behind her, inching close to her, then hesitantly place my hand on her shoulder. “Shut your eyes.”


“Because I’m going to prove what’s so awesome about my idea.” I wait for her to do what I ask and she stubbornly drags it on for longer than necessary, then finally surrenders and turns around.


“Fine.” Her voice softens a little. “Show me what’s so great about a backseat.”


“There’s a lot of great things about a backseat,” I joke in a low voice, and then dip my lips toward her ear and whisper, “Now shut your eyes.”


I expect her to argue, but she very willingly obeys, shutting her eyes the second I utter the words. I shut mine, too, but only because being so close to her, breathing in her scent, feeling the warmth emitting from her body is driving my body into a frenzy.


“Now picture nothing but mountains,” I say softly, picturing it myself. “No city. No noise. No crazy-ass parents who act like children and treat their children like shit. No nothing. Just the quiet.”


“It seems like an awfully lonely place, if you ask me,” she tells me. “Just me and the dirt and the quiet. Although I wouldn’t mind the being without the parents part.”


“You wouldn’t be completely alone.” I sweep her head to the side and rest my chin on her shoulder. “You’d be with me.”


She pauses for an eternity and her breathing is ragged. Or maybe it’s mine. “What would we do at this mountain place together?” she says.


“Hike?” There’s disdain in her voice.


“Maybe,” I say. “Or maybe we’d just sit and enjoy each other’s company in the quiet.”


She shifts her weight and situates her hands underneath her legs, leaning back against my chest. “That kind of sounds nice.”


As strange as it is, and as much of a pain in the ass asLila can be, I can actually picture us sitting together up on the mountains in the noiselessness, living in my truck, driving anywhere and everywhere. Together. And the comfort in the idea is kind of frightening because it means I’m thinking about our future. Together. Shit.


I think about moving away from her, putting a little space between us because obviously I’m heading down a road I shouldn’t be headed down. The dream of living on the road has always been one I’d planned to live out alone and now suddenly I’m telling Lila she should come with me. God knows what would happen between us if we lived in a truck with one another. We’d either grow really close or end up hating each other. Or maybe both. But I can’t bring myself to move and break the peaceful moment. So instead I sit down and wrap my legs and arms around her and we just sit there in the sun, enjoying each other in the quiet.

The New York Times and USA Today bestselling author, Jessica Sorensen, lives in the snowy mountains of Wyoming. When she's not writing, she spends her time reading and hanging out with her family.