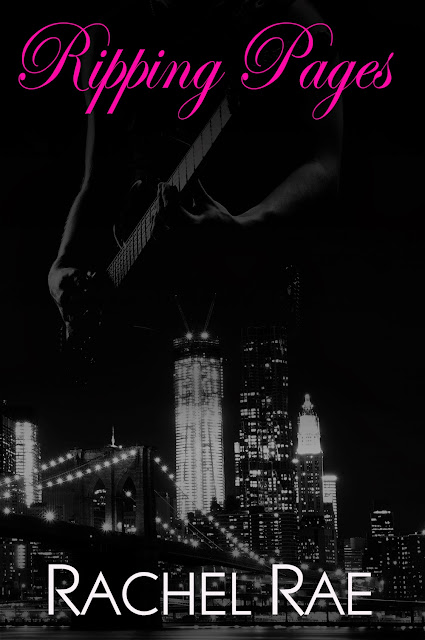 Sweet, shy and a bit goofy, Tinley Michaels has it all: a great mother, a wonderful, sexy, loving boyfriend, and her whole life ahead of her. One day her world is turned upside down when the love of her life suddenly leaves her without reason. She is left broken and vulnerable and vows to never let a man destroy her again. Months later, she decides to dust herself off and finally realize her dream of being a Broadway star. With nothing holding her back, she leaves everything she's ever known in Texas to start her new life in New York City. She moves in with her cousin, makes some great new friends, gets a steady job and an audition for a part in a small theater. Things are heading in the right direction.  Tinley isn’t looking for anyone. She is jaded but still hopelessly in love with her first love. That’s when, by chance, she meets Van Whitaker, the smooth talking sexy lead singer of the best-selling rock band, Ripping Pages. She labels him a man-whore/rock-n-roll douchebag immediately. Van tries to show her that he’s no longer that guy and that he sees something in Tinley worth trying to be better for. Even though he makes her feel things she’s only read about in the hundreds of romance novels she’s shamelessly addicted to, she is scared he will leave her even more broken than she already is. Should she give this gorgeous rock star the time of day? And what will she do when she comes face to face with her past and she must make a decision that will change her future and her forever?

What happens when the page you ripped out of the book of your life suddenly tries to put itself back into the story? 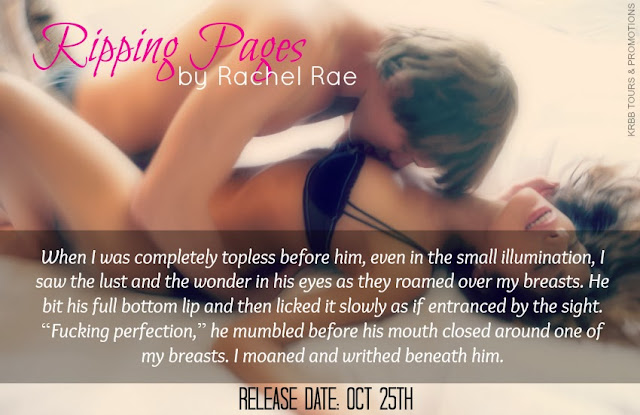 I felt great after my audition. I had done better this time than when I had rehearsed, so I was feeling pretty confident about it. It was a beautiful early fall day outside, so I decided to catch a cab, grab a treat and walk around Central Park. I wanted to breathe in the New York air and take in my surroundings. I stopped by a little bakery off of Columbus Avenue and ordered a red velvet cupcake with cream cheese icing, my guilty pleasure, and a hot chocolate. I entered the park and found a bench to sit down and enjoy my treats and people watch, which was another one of my guilty pleasures.

I loved this city. It was unlike anything I could ever imagine. The crowds and the traffic, everything about it excited me. I was from the outskirts of Houston and our downtown was nothing like this spectacular place.

I finished my goodies and closed my eyes listening to the sounds around me. Birds chirping and people talking. Soon, the faint sound of a guitar filled my ears followed by a low, sexy, almost tortured voice singing lyrics that I couldn’t quite make out. Being my nosy self, I wanted to know who was behind that sound. I headed toward, Bow Bridge I think it was called, and the music grew louder, as did the sexy voice.

I spotted a young guy sitting against a tree by the water near the bridge. His right leg was bent in front of him while his left leg was straight out on the ground. He had a guitar resting in his lap and he was smoking a cigarette which normally I would find repulsing, but on him it made him even sexier for some reason. He wore faded jeans that were frayed a bit at the cuff and a plain black t-shirt that, from what I could see, hugged his well-defined body just right. His arms were covered in tattoos, though I couldn’t make out the intricate designs from where I stood. He had messy dark brown hair that hung in his eyes which held long, thick eyelashes that would make any woman jealous. His face was chiseled showing a hint of scruff and he had full lush lips but his bottom lip was just a little fuller than the top. He was seriously breathtaking.  He looked vaguely familiar but I couldn’t place him.

I never really was attracted to guys like this one. I was usually drawn to the clean cut, all American type guys. Guys like James. James was gorgeous but he had nothing on this man. This guy had the bad boy look down pat. They surely didn't make them like that back home.


He was singing and strumming the guitar and writing something that I assumed were lyrics, down in a notebook near his right hip. I couldn’t stop staring at him. His voice made me feel warm and cozy for some strange reason. It, too, was familiar and oddly comforting. It was deep, rough and provocative and I wanted to hear more of it. This guy could sing me the telephone book for all I cared as long as he kept singing.

Rachel Rae is a devoted wife to her high school sweetheart and momma to three unbelievably gorgeous children. She enjoys reading all things romance and writing about love and happily ever afters. When she’s not engrossed in a good book and obsessing over fictional boyfriends, you can find her gossiping over coffee or wine with frozen berries, goofing around with her sister, watching trashy reality TV and facebooking entirely too much. She is addicted to music, chocolate, Christmas, lip gloss, glitter and all things girly. She lives in Texas with her family. 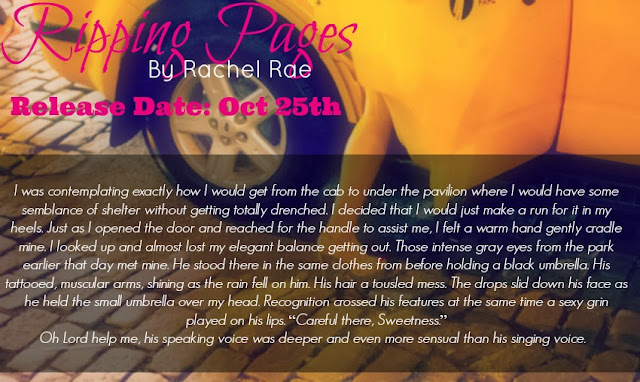