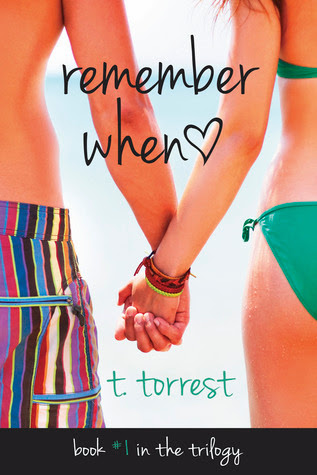 Ever wonder how often Brad Pitt’s high school girlfriend must ponder jumping off a bridge? Ever think about the girl that had her hooks in George Clooney before he took off for TV stardom? How about Leonardo DiCaprio’s ex, or Johnny Depp’s first groupie, or any number of young women who got left behind when their boyfriends set off for greener pastures and eventually achieved unfathomable Hollywood fame?

My name is Layla Warren and I don’t need to wonder about any of those things. I already know. Because years before Trip Wiley could be seen on movie screens all over the world, he could be seen sitting in the desk behind me in my high school English class.

This was back in 1990, and I cite the year only to avoid dumbfounding you when references to big hair or stretch pants are mentioned. Although, come to think of it, I am from New Jersey, which may serve as explanation enough. We were teenagers then, way back in a time before anyone could even dream he’d turn into the Hollywood commodity that he is today.

In case you live under a rock and don't know who Trip Wiley is, just know that these days, he’s the actor found at the top of every casting director’s wish list. He’s incredibly talented and insanely gorgeous, the combination of which has made him very rich, very famous and very desirable.

And not just to casting directors, either.

I can’t confirm any of the gossip from his early years out in Tinseltown, but based on what I knew of his life before he was famous, I can tell you that the idea of Girls-Throwing-Themselves-At-Trip is not a new concept.

I should know. I was one of them.

And my life hasn’t been the same since. 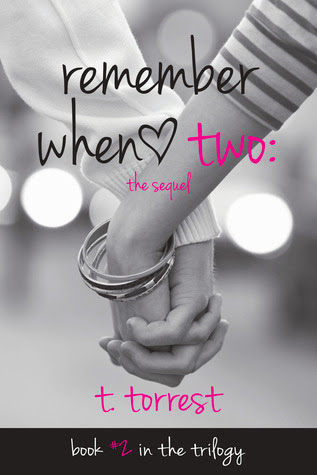 You know how sometimes, your high school crush grows up to be an insanely famous movie star? Okay, probably not. But I do. ~Layla Warren

Back in high school, Trip Wiley’s fanbase only encompassed the denizens of the nothing little suburb of Norman, New Jersey.

Ten years later, all that is about to change.

In the summer of 2000, Layla Warren is enjoying her career as a journalist in New York City (well, sort of), while Trip spends most of his time grabbing Hollywood by the balls. In the days before what will turn out to be his skyrocketing fame, they’ll find themselves confronted with some life-altering choices.

Remember When 2 is the second story in an NA romance trilogy. It will bring you back to that exuberant and riotous time of life in your twenties when you struggled to figure out your place in the world and the person you were meant to be…

…and the person you were meant to be with.
ADD TO GOODREADS

I have really enjoyed this series so far and I can't wait until the conclusion to this trilogy is out. I have found myself laughing more in the last few days than I have in a long time while reading a book. It also doesn't hurt that these books have made me nostalgic for a little Jolt Cola, NKOTB and some neon.

There are so many hilarious one-liners in this book that I'm going to put in my back pocket and grace people with when the mood strikes. You're welcome, husband!

Remember When ended on a slight cliffhanger in 1991, the summer after Layla and Trip graduated high school and went their separate ways. Remember When 2 picks up 9 years later in 2000. Layla and Trip have lost touch over the years and their reunion takes Trip by surprise...in more ways than one. Layla snags an exclusive interview with Trip, up-and-coming-soon-to-be-famous-all-over-the-world, movie star. During this reunion of sorts, they find out how much they have missed each other. Even though their circumstances should pull them apart, they embark on a journey to rekindle the easy friendship they had so many years ago. When bumps in the road appear, their true feelings for each other are revealed...but in the worst possible timing.

"My heart was beating like mad even as I felt it breaking in two. It was too much, not enough, everything I'd ever wanted and nothing I could have."

When this book began, I was a little thrown when it started off so many years later. I LOVED how book one ended; Trip's "Mind Ramble" letter to Layla gave me goosebumps and sent me head over heels for him. I was hoping book two would pick up where book one left off, but it didn't. And that's ok because this book worked for me.

I loved the fun banter, sexual tension and how the story played out.Even though it ends on a HUGE cliffhanger. I need book 3...now!! (hide spoiler)] Layla could be my real-life BFF. She is so incredibly funny and relatable. At times, I wondered if the author was writing about me.

"It's what I do. I crack bad jokes to break the tension. It's always been a problem, thinking or saying something completely inappropriate to the situation at hand."

And Trip. Oh, Trip. He is going down as one of my favorite book boyfriends for this line alone...

It may not seem like much at all from just this line, but in this scene, Trip stole my heart...and he can keep it!

It was a little sad to learn that their years of separation was due to a minor misunderstanding. Those situations always get me..."if only..." and "what if...". Heart = broken.

I did have a slight problem with Layla this time around. Even though I could still totally be BFF's with her, I found her reactions to Trip and her assumptions of his words and actions to be very immature, like high school immature. When he lays his heart on the line, she assumes that he just wants her for one night and then he'll move on, when it's so completely obvious that he's still in love with her after all those years apart (and she is with him, too).But because they're both engaged to other people, it's not too far off base for her to think that he's not willing to throw away his fiance for one night with her. (hide spoiler)]

T. Torrest is a New Adult fiction writer from the U.S. She has written many books, but prays that only a handful of them will ever see the light of day. Her stories are geared toward readers of any age that know how to enjoy a good laugh and a dreamy romance.


She likes pina coladas and getting caught in the rain. She's not much into health food, but she does enjoy talking about herself in the third person.


A lifelong Jersey girl, she currently resides there with her husband and two boys.