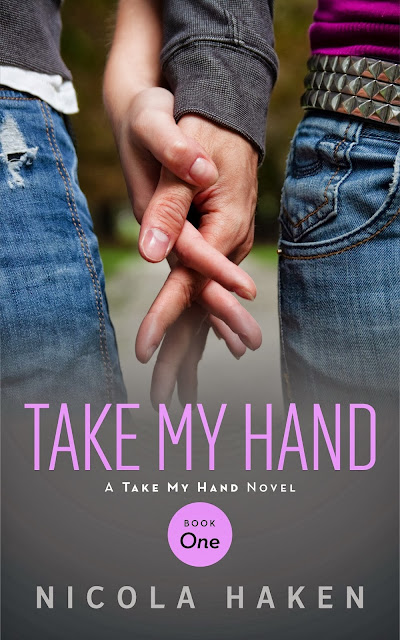 Twenty-four year old Dexter Michaels has arrived in the UK for a fresh start - leaving everything and everyone he knows behind in the states. Determined to put right some of the wrongs he’ll never be able to forgive himself for making and make his Aunt Sarah – the only person left who still believes in him - proud, he lands in London with the intention of working hard, getting his degree and keeping himself to himself. He can’t destroy anybody else that way…

His heart and his body have other ideas however when he finds himself sitting next to nineteen year old Emily Barton in his Psychology class. Moving down south to find her own New Life, Emily is shy, smart and beautiful – everything Dexter knows he should stay away from… everything he knows would be too easy for him to break.
But she makes him feel things he’d forgotten even existed. She makes him laugh, smile, care… forget. Without her trying, and without him realizing, Emily has wound her way into the one place he swore to keep locked away forever – his heart. But can she stay there when she discovers the dark past he’s so determined to keep hidden from her? Or will he destroy her too, just like he always expected?
(Not recommended for younger readers due to language, drug/alcohol abuse and sexual content)

Take My Hand was a touching tale that deals with starting anew, finding love, guilt, secrets, and acceptance. Can love be enough to save someone who is drowning in guilt? Can our past sins and secrets be forgiven? When do we truly learn to accept things we cannot changed?

"I'm going to make you see how far you've come and what a good man you are. I don't know how yet..but I will."

Twenty- four year old Dexter Michael arrives to the UK for a fresh new start leaving his past secrets behind in Ohio. He is a troubled young man who hides his burden and past by having casual sex with women. Dexter categorizes women into three candy groups: The Marshmallow, The M &M's, and the The Tootsie Pops.

Marshmallows are cute and fluffy on the outside but essentially offer no sustenance and they're frivolous - easy to please. It usually only takes a half-hearted smile and a compliment about their hair to get them in the sack. Then there's M&M's - they're pretty tough - hard to crack without a good firm bite. They're usually intelligent and need to be treated as such. There's no point in trying to sweet talk them, they can smell your game four miles away therefore your intentions must be clear from the start. M&M's give you a decent conversation and agree on a bit of fun and no further. Then there's Tootsie Pops. Tootsie's are dangerous and must be avoided at all costs. They are typically M&M's but with an added dash of compassion. For Dexter, he doesn't want a tootsie since he feels he doesn't deserve a woman like that because he feels unworthy to be loved and healed.

Emily Barton is a young naive 19 year old Brit, who is starting her first year of University in London. To kick off her first taste of independence, she and her best friend, Rachel decides to go to a pub, which happens to be where Dexter is bar-tending. For Dex, Emily is a Tootsie. She makes him feel things he’d forgotten even existed. She makes him laugh, smile, care and most importantly, forget his past and guilt. Soon friendship turns into a relationship. Without realizing it, Emily has found her way into Dex's heart. Dark secrets are exposed and soon Emily finds herself at a crossroad in their relationship. Is her love enough to erase all Dexter's guilt?

My thoughts:
The beginning of the book started off strong but towards the middle, the story-line was just dragging and there were scenes that didn't flow. At times, I didn't need to know what each character was doing (ie. Emily drinking coffee, Who poured what drink, What did she order, What their wearing) I felt the author could have edited these out since they weren't important or necessary to the story-line. As for secondary characters, I wasn't a big fan of Rachel. I just found Rachel to be annoying. I know Rachel was suppose to be this tough no nonsense girl, but I just found her rude and crass. Originally, I was going to give the book a 3 star rating but in the last 15% of the book, I was surprised to find out Dexter's secret. It was totally unexpected and I applaud the author for surprising me. So, my overall rating of the book would have to be between a 3 and 3.5 stars.

After blindly fumbling for the alarm clock on my nightstand and then not being able to shut the damn thing up, I threw the annoying piece of shit against the wall.


“What the hell was that?” squealed a voice behind me.
Fuck.
Groaning heavily, I rubbed at my closed eyes… as if that would make her disappear. But guess what – it didn’t. I flickered them open slowly, grunting at the too-bright daylight piercing my pupils. Then I took a hesitant glance to my left and grudgingly made eye contact with the nameless and naked blonde.
“You need to leave now. I’ve gotta get to work,” I said, stealing one last glance at her too-perfect, obviously plastic tits.
Shit. She was a clinger. I could tell by the way her eyes grew a little wider as they stared at me all hurt and dolefully.
“Okay,” she answered hesitantly. “You’ll call me though right?”
Not a chance.
“Sure,” I lied confidently. Yep, I was a complete jackass, but I had no idea how to handle a crying chick and I was pretty sure I never wanted to. Blondie chomped on her bottom lip as she smiled so wide the veins in her neck popped out. I couldn’t help feel a little sorry for her. I’m not a total heartless monster, and it was obvious this girl was gonna be experiencing some serious disappointment in the not too distant future.
“I’ll miss you,” she said after shimmying around wearing nothing but her perfume for ten minutes while she gathered her clothes and girly shit and then teasingly covered herself back up.
She was a stunner no question. It’s a shame sometimes that I can’t break my one night only rule, despite how lonely my existence is at times. But it’s just too risky. I can’t chance it going any further than sex. Women are interfering creatures – they can’t help it, it’s in their nature. If I ever took it further than one night they’d want to start getting to know me. They’d prod and probe and ask a shit load of questions I’m not prepared to answer. And they fall too easily. I mean take Blondie, she didn’t know I existed until twelve hours ago and now she was gonna miss me. That shit just doesn’t make sense. 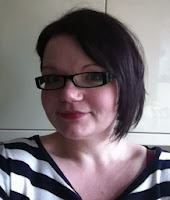 Nicola lives in Rochdale, England with her husband and four children (and dog!). She is the author of two stand alone novels, Inevitable and Saving Amy, and is currently having fun working on her first series with book one, Take My Hand, to be released in October. When not reading or writing Nicola can usually be found carrying out her daily slave duties – cleaning, feeding the mob, cleaning a bit more etc… or watching The Twilight Saga for the fifty-billionth time :-)

a Rafflecopter giveaway
Posted by Give Me Books at 2:51 pm