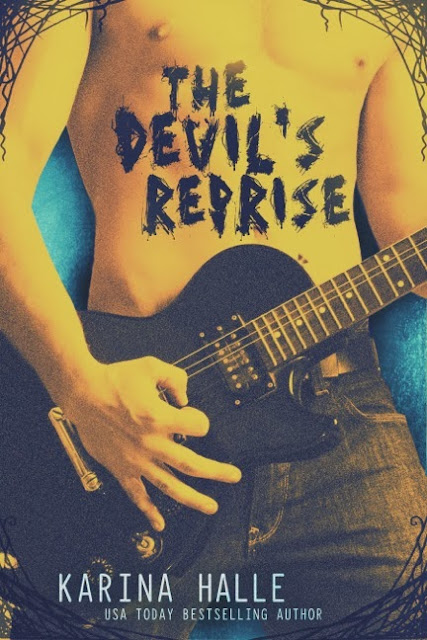 Given a second chance, music journalist Dawn Emerson and guitarist Sage Knightly are reunited, only to have their lives threatened again by a demonic bargain. The sequel to THE DEVIL’S METAL, from USA Today bestselling author Karina Halle.
When Dawn Emerson got the chance to go on tour with her favorite metal band, Hybrid, she thought she landed the writing gig of the century. But what started off as a dream for the budding music journalist quickly turned into a nightmare that she and guitarist Sage Knightly barely escaped alive.
Now, months after they went their separate ways, Sage invites Dawn to accompany him on his first solo tour across Europe and write about it for Creem Magazine. But like the last tour, nothing is as easy as it seems. Sage is a broken man on the path to self-destruction and Dawn isn’t sure if she’s the right person to save him. And aside from having to pick up the pieces of their burgeoning relationship, they have to negotiate the mysterious new photographer assigned to Dawn’s story, as well as vindictive promoters and demonic groupies they thought they’d never see again.
Because this time, it’s Dawn who made a deal with the devil and the only thing worse than having to uphold a bargain with the prince of darkness is not remembering how you’re supposed to pay it back.
It may be with their souls.
THE DEVIL’S REPRISE is the sequel to THE DEVIL’S METAL and the final book in this series. 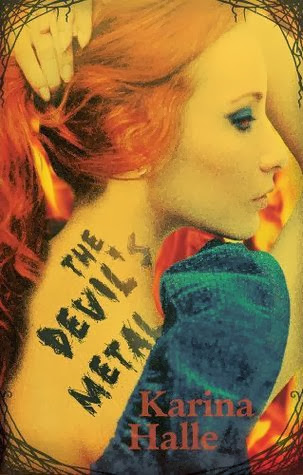 It’s the summer of 1974 and 21-year old Dawn Emerson has only three things she wants to do: compete one last time in the Ellensburg Rodeo, win back her ex-boyfriend Ryan, and become the best damn music journalist at Central Washington University. But all her plans are left in the dust when she’s contacted by Creem magazine to go on the road with one of her favorite groups, the up-and-coming metal band, Hybrid.

At first the assignment reads like a dream come true. Not only will Dawn land some much-needed credibility as a female music journalist, but she’ll finally get to experience life from the other side of the stage, and maybe crack the drunken, enigmatic code that is guitarist Sage Knightly. Instead, Dawn finds herself on an aging tour bus filled with ego-maniacs, band politics and a whole lot of sex, drugs and rock n’ roll. When monsters start showing up in dressing rooms and some of Sage’s groupies become increasingly strange and dangerous, Dawn discovers the band is not only going places – they’re going straight to Hell.

And Dawn has a backstage pass.

The Devil's Metal is the first book in a two-part New Adult Horror/Paranormal Romance and very (very!) loosely based on the author's exploits as a music journalist. Hell comes in different forms. 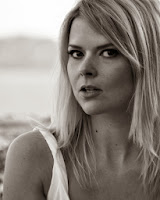 The daughter of a Norwegian Viking and a Finnish Moomin, Karina Halle grew up in Vancouver, Canada with trolls and eternal darkness on the brain. This soon turned into a love of all things that go bump in the night and a rather sadistic appreciation for freaking people out. Like many of the flawed characters she writes, Karina never knew where to find herself and has dabbled in acting, make-up artistry, film production, screenwriting, photography, travel writing and music journalism. She eventually found herself in the pages of the very novels she wrote (if only she had looked there to begin with).

Karina holds a screenwriting degree from Vancouver Film School and a Bachelor of Journalism from TRU. Her travel writing, music reviews/interviews and photography have appeared in publications such as Consequence of Sound, Mxdwn and GoNomad Travel Guides. She currently splits her time between her apartment in downtown Vancouver and her sailboat, where a book and a bottle of wine are always at hand. She’s hard at work on her next novel. 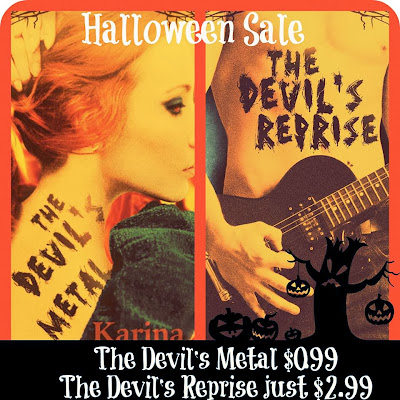