Review - The Missionary by Jack Wilder 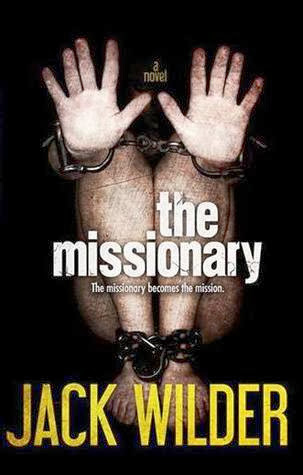 Ex-Navy SEAL Stone Pressfield has a bad feeling about the proposed church missions trip to Manila, Philippines. The college-age church group plans to go to Manila and help victims of the sex-trafficking industry. Stone's lingering nightmare memories about the sex-trafficking industry have him warning church leaders that the trip is a bad idea. He knows all too well that it could end in violence, and those involved aren't to be trifled with.

When beautiful Wren Morgan goes missing, he has a sick feeling that he knows exactly who took her, and for what purpose. The problem is, Wren isn't just any other student. She's someone he's close to, someone he cares about. Now she's in the hands of cruel, evil men, and Stone is the only one who can rescue her before the unthinkable happens.

"Fear keeps you alert. It keeps you alive. If you're afraid, you're still fighting to stay alive. When you stop feeling fear, you've stopped caring whether you live or die."

The Missionary by Jack Wilder was an eye-opening and riveting story that raises public awareness on a tough and difficult subject matter of sex trafficking. Wilder exposes his readers to the real, raw, and gritty topic that is on an ongoing world problem that no one wants to talk about. This book was packed full of action, suspense, and romance. It was beautifully well written and I felt like I was watching a movie. Once I started reading this book, I could not put it down and had to devour it one sitting.

In The Missionary, we are introduced to Stone Pressfield, an ex-Navy Seal, who helps lead the music at his friend's church ministry group, where he meets Wren Morgan. Wren is a young, sweet, friendly college girl who has a crush on Stone. There is an attraction and connection between the two but Stone tries to distance himself from Wren, feeling that he is no good for her.

Stone's friend, Pastor Nick decides to lead a ministry outreach service in the Philippines where they will try to help with sex-trafficker victims and prostitutes get off the street. Stone thinks this is a bad and dangerous idea and urges the ministry group to change their minds but to no avail.

Stone and the group of volunteers head to Manila. He urges everyone to stick together and is paranoid of the dangers lurking. Well, a group of volunteers including Wren decides to go to the corner market to get some water and snacks and suddenly Wren vanishes. She is drugged and kidnapped by a group of bad guys where she will be sold to a local sex-trafficker.

Wren experiences and goes through what no human should have gone through. She is beaten, violated, drugged, starved and fears for her life and safety when she knows she is going to be sold like cattle at an auction. At her captors house, she witnesses young girls being abused, drugged, violated and forced to perform sexual acts. Wren's only hope is to fight back and believe that Stone will come and rescue her.

With Stone's ex-Navy SEAL training and knowledge of the sex-trafficking ring, he goes and hunts down the people who have kidnapped Wren. From this point on, there is a lot of violence. Readers are put on a fast action packed thriller suspense where Mr. Wilder will keep you at the edge of your seats and holding your breath. With all the craziness of the rescue and trying to get back home to the States, we were able to witness the beautiful steamy love story of Wren and Stone.

The Missionary is something that really needs to be experienced by the reader. It will take its reader into the deep, dark, terrifying, disgusting world of sex trafficking. It will expose the daily struggles, pain, hardship its victims and survivors face on a daily basis. The Missionary was like watching a movie that's a mixture of the film Taken and Jason Bourne. This book had me on the edge of my seat and completely consumed me. I didn't want Wren and Stone's story to come to an end. So I highly recommend everyone to read this book. I commend Jack Wilder for writing this book. The ugly facts and truths of sex and human trafficking must be exposed in order for changes to be made. 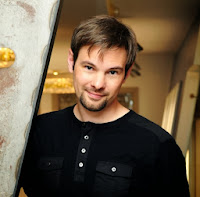 Jack Wilder—aka Mr. Wilder—is one half of the writing team "The Wilders." You might know his wife, Jasinda Wilder, as the author of bestselling books such as Falling Into You, Falling Into Us, Stripped, and Wounded, among many others. The Missionary is Jack's first solo work, but you can bet it won't be the last. The Wilders live in the suburbs outside of Detroit, Michigan with their five kids, a dog that vaguely resembles a coyote,  and a manny.