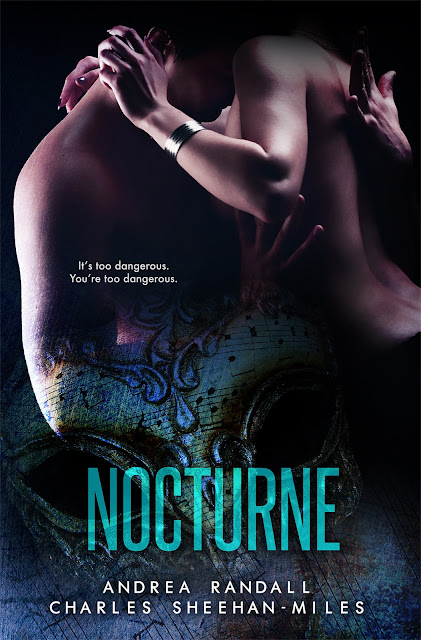 From the bestselling authors of In The Stillness and The Last Hour,
a new story of forbidden love and second chances.

Savannah Marshall is a gifted flutist and daughter of musical royalty when she enrolls in the elite New England Conservatory of Music. Brilliant, eclectic and passionate, she lives music, but struggles with her plans for the future.

Gregory Fitzgerald is one of the most renowned cellists of his generation. A member of the Boston Symphony Orchestra and professor at the Conservatory, he is laser focused on his career to the exclusion of friends, family and especially romance.

When Gregory and Savannah's paths cross in the classroom, it threatens to challenge more than their wildly differing beliefs on music. Friendships, ethics, and careers are put on the line as Gregory and Savannah play a symphony of passion and heartbreak.

In the final movement, Gregory and Savannah are handed their greatest challenge, as the loss of absolutely everything they've held as truths hangs in the balance.

Wow. Wow. WOW. The entire essence of Nocturne for me:

This book has almost all of the taboo elements that I typically CAN NOT connect with...on a personal and moral level. But, I fell for it. Hook. Line. And. Sinker. It pulled me so far out of my emotional comfort zone and brought a few of my own morals into question, morals I have never wavered from. Although I could never engage in the 'morally bankrupt' actions that Savannah and Gregory engage in, I was left with a complete understanding and belief that what they were doing was okay and right. This is where I find what authors Charles Sheehan-Miles and Andrea Randall did in Nocturne to be complete genius. I want and need a book to make me feel every emotion, every struggle, every gut-wrenching heartache and sucker punch that the characters feel in order for me to fully believe in the story, especially one with this illicit subject matter. And I was not left disappointed. The delicious, raw passion between these characters emanates from the first page and only builds in intensity throughout.

This heartbreakingly beautiful love story centers around Savannah, an exceptional flutist entering the New England Conservatory, and her teacher Gregory, who lives and breathes music, more specifically his cello. Music is where these two are very much alike, yet so painfully different. Savannah believes music is driven by emotion and expression, whereas Gregory believes music is mechanical and technical with no emotion involved. This seemed to be a common theme throughout the book, Savannah led by passion and Gregory led by selfish, stagnant routine.

"What kind of man produced such incredibly emotional music, then denied that emotion had anything to do with it."

Challenging each other at every turn, yet both so inexplicably drawn to each other from the start, they soon weave a tangled web of passion so consuming they can't see the damage they're causing to their own lives, careers, and future.

"I am in love with you, but there's nothing I can do about it, and I'm sorry for that."

The timeframe of this book spans the course of roughly 10 years and alternates point of view through each chapter. In my opinion, there is no way the book could be written otherwise. There are so many elements to this book that seeing and feeling both sides was what allowed me the understanding of these very forbidden and foreign (to me) situations.

"You're my heart, Savannah. Not in it. Not part of it. I'm consumed by you. Obsessed by you. I need you in my life any way I can have you. Don't tell me you don't feel the same."

For me, Gregory is not the conventional swoony heartthrob that has me melting with the first line that comes out of his mouth. Gregory is a complicated, unrelenting, arrogant man who holds no regard for anyone or anything, except his cello. His change through the course of the book transforms him into a still complicated, yet likeable (maybe sort of loveable?) guy who is so in love he can't see straight. Savannah won me over from the beginning. Her witty and strong demeanor is captivating. She walks the fine line of morality and not only does she cross over it, she leaps full force off the ledge with little intention of finding her way back.

This book has left me reeling. 24 hours after finishing the book, I'm still consumed by these characters, their situations and the outcome of their actions. Highly recommended!!
~ Review by Molly

Yup. This book really did a number on me. It ripped my freaking heart out, tore it into tiny pieces and stuffed them in four different corners of the world. Be prepared to be challenged, emotionally and morally; pack up your boundaries because there are none in the book; bring out the tissues, tequila, vodka, and anything else strong enough to pull you through this devastatingly beautiful love story because you’re going to need it.

It only took me a second to read the prelude and I.WAS.HOOKED. Captivated. Ensnared by the seductive writing style and incredibly detailed characters. Savannah and Gregory couldn’t be any more different from each other, yet so similar in their determination to uphold their own beliefs, own morals.

“He wanted us to play by all the rules that held his brain in his head. Rules that would make our compositions indistinguishable from the composer at hand. As much fun as that sounded, I was determined to breathe new life into old music. To keep it alive and fluid and moving. Snobby professor-be-damned.”

Savannah is carefree. Gregory is structured. Savannah is fiery. Gregory is indifferent. And yet…these two individuals can’t help but feel an attraction towards one another. And their connection is so….intense. Dynamic. And emotionally agonizing to read.

“In truth, I felt as connected to him as I’d ever felt with anyone. What we created between the two of us was so much bigger than what either of us did alone. I literally felt the walls of my ego and isolation fall away, leaving me open, raw…and vulnerable. I felt ecstatic. Beautiful. In love.”
There were MANY times in the book I just wanted to stop reading because of how brutal the characters’ circumstances were. The book is split into 2 parts, not purposely so, but as part of the progression of the story and the characters’ lives. Just when I thought there was going to be a breakthrough….BAM. I seriously felt as if the authors slapped me in the face. Purposely taunting me. Dangling a thin thread of hope that seemed to be out of reach.
As heartbroken as I felt, I continued on because, well, it’s kind of impossible NOT to, for so, so many reasons.

“But it wasn’t the physical impact…it was the emotional. Everything had changed. Again. We’d broken all the rules…then set new ones, and then broke those.”

This book really tested me. Tested my patience, my morals, my boundaries. Pushed and pounded against them until I finally relented. I rejoiced in the unacceptable, relished the forbidden. It got to a point where I just didn’t care what society expected of Savannah and Gregory, didn’t care about the reality of their lives. I wanted them to indulge and explore their relationship, their bond, their connection.
“He’d gone off the course of our program. His eyes didn’t move from mine as he played. He was begging me to say yes. To agree to a life with him that had no certainty, no clear future. Gregory stripped himself bare to me on that stage, going against his musical boundaries, pushing his personal limits, and he was asking me, again…”

Savannah and Gregory’s emotional ride overwhelmed me. I felttheir pain, their longing, their love. I was knocked off my feet, constantly, and I’ve never felt so much fury and frustration towards a book before. I definitely can’t rate this book like I normally do, so I’m going to break it down: 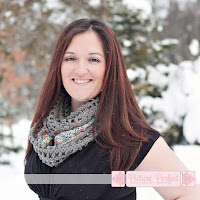 I started writing poetry long before writing fiction. I firmly believe Poetry is a solid foundation for all other forms of writing. It taught me that a single word can make or break the world.

I write fiction because my characters have a story and they want me to tell it.

I hope you enjoy the pieces of my soul that I share with you.