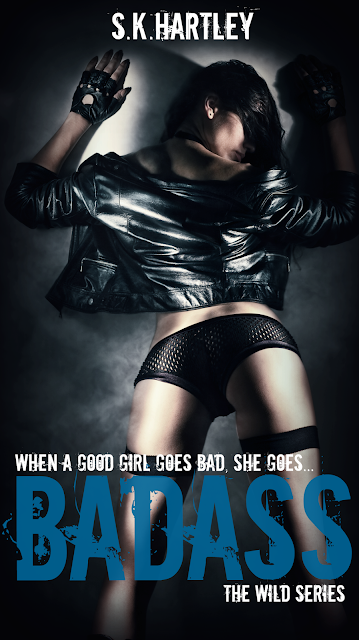 
Get a degree in politics.


Shit, I had my life planned out for me at an early age. my stupid fucks I called parents were influential politicians and I had to do as I was told...Get my degree in politics from one of the most prestigious colleges in the States, plan my wedding to Dustin Coleman son of a powerful DA and keep up appearances.


But one night something snapped...


The pearl necklace around my neck quickly disappeared along with the prim and proper cardigans that I wore daily, gone was the elegant young woman of two high ranking politicians, gone was the innocent and naive Blaine Paxton. Now I was someone new...


Turning my back on my high maintenance family I set out to prove that a woman can do exactly what men can do...have hot, no strings attached fucking without consequences or feelings.


His name alone could make even the straightest of men fucking swoon, he was hot, sexy and...BADASS.


But now I want to know him, I want to see how fucking far I can push him. The man everyone wants but can never have. I want to be the one to tame him, to catch him.


Just so I can watch him fall on his ass.
And love every minute of it.

Once upon a time, I was sweet and innocent.


Maybe I should start from once upon a time...


See that girl over there? Yeah, the one in the disgusting pink cardigan and matching pearl necklace? That's me...Well, that was me two years ago before the 'shit happened'.


So, I guess this is where I am supposed to pour my heart out and tell you I was abused or that my father was an alcoholic. No, this is where I tell you about how two people fucked me over by fucking each other.


Can you see where I am going with this?


My whole life had been planned out for me from an early age, my father using his 'influences' to push me into the direction he wanted me to go.


No, I had no fucking say in it, I mean Jesus! My parents are politicians. I couldn't even sneeze without permission.


You think in this day and age a girl might be able to choose her own future, her own path. Fuck no, not me! I had to comply with the 'master plan'. What a pile of shit!


Get a degree in politics.


Dustin 'fucking' Coleman, even his name is vile! Sneaky piece of shit!


Yeah, even my marriage was arranged.


My mother had set me up with the son of a powerful DA and naturally she was ecstatic, me? Not so much.


Felicity Paxton was a politician by day and a socialite by night, only meeting with the most powerful and money hungry names in the business. She was hell bent on keeping up appearances, always keep up appearances. No hair was to be out of place, no chipped nail polish and heaven forbid no frowning.


“No one likes a bride with frown lines, dear.” She would say.


She was fucking delusional.


I played along with their sick and twisted games to manipulate anyone and anything in their path, including me. I didn’t have a choice in the matter anyway.


I was a timid twenty year old, molded by her parents to ensure appearances were met. And if they weren’t well shit, I would be disowned. There is nothing worse than a powerful politicians perfect little girl going rogue.


Cue my ex-best friend Sophia; she was the daughter of the police chief inspector so naturally we were best friends. Gag me! She was also press hungry; she would do anything to get her face in the magazines. That included becoming my best friend and maid of honor at my wedding.


Look I wasn’t always the bitter bitch I am now but hell; I thought I could trust Sophia. I know she was a leech but beside that she was my best friend, someone I could trust.


Or so I thought.


Keeping up so far? Good.


So this is where the ‘shit happened’. Hold on to your hats because this is about to get pretty ugly.


Yeah, you guessed it I walked in on my fiance and my best friend having sex in our bed, a week before the wedding/freak show. Now, if that was me now I would have cut them a new one. But that wasn’t me; I was timid and afraid of my own damn shadow.


Just sex? Apparently I had missed the fucking memo that it was okay to fuck your best friend a week before your wedding.


“You’re kidding right? How do you expect me to be okay with you sleeping with her?”


Was I the only person with a moral compass here? This was not okay.


“No, I expect you to do as your future husband says and just get over the fact that I have a mistress.”


Oh yeah, he played that card.


But what really pissed me off was Sophia, sitting on my damn bed with a smirk on her face, not even trying to cover her surgically enhanced tits.


“You look surprised Blaine? It’s funny how naive you actually are. You know your father has several mistresses.”


The bitch spoke, damn what I would give to go back two years and kick seven shades of shit out of her.


She was right though, as much as it fucking pains me to say it, my father was a notorious player. He had a shit load of mistresses that were happy enough to drop their panties for the politician. Fucking snake.


But this wasn't about my father and his que of desperate whores, this was about my fiance fucking my best friend. And what the hell I was going to do about.


I know you're desperate to find out exactly what I did.


Did I run to daddy?


Did I lose my shit and turn evil bitch on them?


No, I did exactly what my parents feared most. 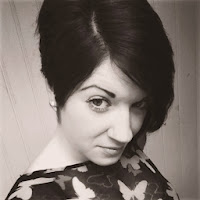 S.K. Hartley is a mother, wife, avid reader and writer based in the not so sunny North West of England. You can find her either glued to her computer desk, in the library (yes they still exist) or floating around her favorite authors book signings!
What sort of except do authors usually post? IE. sex scenes, love scenes....